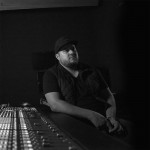 I’m a composer currently based in Los Angeles. I compose music for film, television, and advertisement.

What was the first instrument you learned how to play? What would you say is your favorite instrument to write for or play unless they’re the same thing?

I first learned piano. I was given a small keyboard when I was about 8 years old and I was so fascinated how I could just press a button and the sound would change to different instruments. I developed a great interest in film music shortly after. I would watch a film and immediately go and try to play the soundtrack on the keyboard by memory. I never went into classical training, as I was more interested in playing in bands and such. Writing music on the piano just made sense to me because I could visually see all the notes I had to work with right in front of me. I feel like if I create a great melody on piano it will sound good played on any instrument.

I’m currently running a 12 core Mac Pro (late 2013 model). All my composing is done in Cubase, while streaming samples from a 4 terabyte solid-state raid. I’ve purchased a Moog Subphatty recently, where I do a lot of custom synth sounds. Also there is some outboard gear I use during the mix phase such as a pair of Maag EQs and Neve preamps.

After viewing Anomaly for the first time without the score, did a lot of cues come to you immediately or was it a process in developing the right sound?

Most of the music was actually written before I had even seen the film. The director, Salomon Ligthelm, likes to hear themes and ideas before because it helps to influence the shots. Once the edit was complete it was basically just about finding a home for the cues I had written and connecting the dots.

What was your favorite scene to score in Anomaly?

Definitely my favorite score was the arrival of the comet. I feel like all of the chord structures and melodies added up to that one moment. The score was allowed to stretch its wings a bit there to really give a sense of scale to the story.

Did you give each character in Anomaly a reoccurring theme or sound? If so, which character did you enjoy scoring for the best?

There was one reoccurring motif that spoke to the heart of the story, which was this unfathomable circumstance that happens to the couple. I used textures and repetitive chord progressions to add mystery around the astronomic event.

Your track “True Avenger” was part of the “Blackfish” documentary trailer. Is scoring a trailer any different from a short film?

Scoring trailers unfortunately can be somewhat uncreative compared to scoring a film. Trailer music requires formulaic structures and predictable instrumentation. At least those are the type of tracks that seem to license the most. When I score film I get to create a more unique experience and play around with new ideas.

You have scored a lot of commercials for brands such as Lincoln, Red Bull and Relativity. Is there a commercial that sticks out to you most that you are particularly proud of?

I really enjoyed working on the Lincoln Motor Company ad called “Open Your Eyes”. It required a piece of music that was different than what I’d done before but provided a unique and fun challenge.

Do you find inspiration in other composers? If so, which ones?

Absolutely. I’ve been inspired by pretty much every composer I’ve come across over the past 20 years. It’s hard to say names because there are just too many. Even if there is a particular composing style I don’t care for, there is always something I can gather inspiration from.

I think one of the most important things I’ve learned is for the director and composer to have many conversations in the beginning about the heart of the story before composing commences. My job as a composer is to bring someone else’s project to life with music. Obviously it’s great when I have a director that allows me the freedom to create whatever I want but at the end of the day I’m there to serve the director’s vision. From the beginning I make sure that the director and I sign off on melodies and motifs before I get too far along. It’s great to have a solid framework to build upon when you’re on the same page from the beginning. It’s also very hard to unwind a lot of work done if it’s in the complete wrong direction, so a constant collaboration throughout the whole process is very important.

Keep working on improving your craft. Don’t box yourself in either. Gain inspiration from a variety of sources including things that are typically outside of your domain. Also allow failures to fuel your ambition to become the absolute best at what you do.

In this interview, we talk to composer Brandon Roberts about his work on Unbroken: Path to Redemption - An unbelievable true story of Olympian and World War II hero Louis Zamperini. END_OF_DOCUMENT_TOKEN_TO_BE_REPLACED

In this interview, we talk to composer Kurt Oldman about his work on a SuperMansion series and also touch on his past work. END_OF_DOCUMENT_TOKEN_TO_BE_REPLACED

In this interview, we talk to Gaayatri Kaundinya about her work as a composer and singer on The Hundred Foot Journey, Jungle Book and Million Dollar Arm. END_OF_DOCUMENT_TOKEN_TO_BE_REPLACED