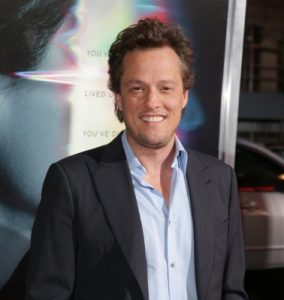 Two-time Emmy-nominated composer Nathan Barr has received critical acclaim for his unmatched versatility, incorporating eclectic instruments from musical cultures across the world. Nathan recently completed construction on his new 8,000 square foot personal studio in Tarzana, California. The studio, named Bandrika, houses the original Wurlitzer pipe organ that was installed at Fox studios in 1928. With 1,500 pipes, its music can be heard in iconic films including “Journey to the Center of the Earth,” “The Sound of Music,” and “Patton.” Nathan is currently using the Wurlitzer to score Eli Roth’s upcoming adventure film “The House with a Clock in Its Walls” starring Jack Black and Cate Blanchett. The film’s release on September 21 will mark the Wurlitzer’s 21st-century debut for movie audiences. Read the full bio here.

How did you get involved with TV series The Americans?

I had previously worked with “The Americans” showrunner Joel Fields, and he asked if I’d like to write a demo for “The Americans.” I spent a weekend and wrote a 7 minute suite exploring themes and textures and sounds that might become part of the musical fabric of the show. Everyone fell in love with what I submitted and I got the gig.

How did you prepare for the project and what would you say was the most difficult part of making the score for this season?

This season was a continuation of the musical voice established in previous seasons and so it was really about reinforcing the emotional journey of these characters and bringing the story to its ultimate conclusion.

Let’s talk more about the making of the music of The Americans. What was your approach to character themes on the show?

The approach was to give central characters like Philip, Elizabeth, Stan, Nina and other characters their own musical identity. All the other characters fell into the larger musical tapestry of the show. So for Philip, he had a deep, soulful cello melody. Elizabeth had slightly cooler sounds established by mallets on the strings of a piano. As an example, those two contrasting musical approaches to those characters helped reinforce the difficulties they were through, being so different on many levels despite sharing an interest in the same cause.

How did you keep your score “fresh” when you on a TV series over the course of 6 seasons?

I kept the score fresh by developing the themes with different instrumentation and constantly pushing the boundary of the musical sounds established with each season. However, the show wanted to have a very unique and consistent sound, so I did not want to stray too far since that would not have been appropriate.

What would you say was the most exciting part of The Americans soundtrack?

The soundtrack is a “best of” or compilation of my favorite cues from throughout the first five seasons. I like singling out the melodic elements for various characters and also the motifs used throughout the show. Altogether they identify the score as having a unique and interesting sound that complemented the world of “The Americans.” The album also gave me the opportunity to share music that may have only been heard once or twice in a specific way. For example, the cue called, “Museum” was made up of several different kalimbas I own and improvised on.

I think cues like “The Trap” really allowed me to showcase all the different percussions, textures and elements possible with my “butchered piano.” Then of course my collaboration with Pete Townshend from The Who for season two was a really cool track to include in the album.

I exclusively use Logic Pro and two KM 184 microphones to do all my recording, as well as a millennia HV-3D preamp.

I am currently in the final stages of scoring a film called “The House With a Clock in its Walls,” starring Jack Black and Cate Blanchett, and directed by my long-time collaborator, Eli Roth. The film comes out in theaters everywhere in September this year. I’m also working on a new Amazon show called “Carnival Row” starring Orlando Bloom and Cara De Delevingne.

Scoring “The House With a Clock in its Walls” allowed me to explore a large traditional orchestral approach which has been a lot of fun. “Carnival Row” allows me to continue to explore my collection of unusual instruments and will include a lot of recording instead of using music samples.

My best advice is to reach out to composers you admire and try to get an internship. It’s the fastest way to building a career of your own.

In this interview, we talk to composer Brandon Roberts about his work on Unbroken: Path to Redemption - An unbelievable true story of Olympian and World War II hero Louis Zamperini. END_OF_DOCUMENT_TOKEN_TO_BE_REPLACED

In this interview, we talk to composer Kurt Oldman about his work on a SuperMansion series and also touch on his past work. END_OF_DOCUMENT_TOKEN_TO_BE_REPLACED

In this interview, we talk to Gaayatri Kaundinya about her work as a composer and singer on The Hundred Foot Journey, Jungle Book and Million Dollar Arm. END_OF_DOCUMENT_TOKEN_TO_BE_REPLACED