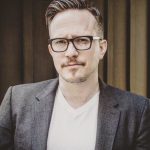 Hi Kevin, thank you for taking time and doing this interview. Let’s start by introducing yourself and telling us how you got your start as a composer?

It’s my pleasure, thanks for having me. Professionally, I got started around 2003/2004. I started scoring short films for USC film students. I scored my first indie feature film in 2006. A family drama called Country Remedy, directed by Andrew C Erin. I remember how excited and nervous I was. Here I was, finally doing what I’d always dreamed of doing, so I didn’t want to blow it. It was trial by fire and a tremendous learning experience. Fortunately, everything went really smoothly and it led to a lot of new opportunities down the road.

Let talk about Walking Dead Webisodes. How did you get involved with the project?

I got a phone call from Generate, who was producing The Walking Dead Webisodes with AMC. It was a pretty fast turnaround. 18-20 minutes of score to write and produce in about two or three days. It happened super-fast. Ultimately, it was a lot of fun. Challenging, but fun.

How did you approach the score and what would you say was the most challenging part when scoring web series?

I wanted to approach the score with a similar template to the main series. We wanted it to feel like you were in the same world. Structurally it was a bit different. Because of the length of the episode, there might have been moments scored in the webisodes that might not have been scored in the main series. Sometimes choosing not to have score during certain moments can add to the immersive or realistic tone. But in a short amount of time, the score might need to drive a bit more to better serve the narrative.

In the Vault is the new TV series you have worked on. How early did you get involved with the series?

I was on board pretty early. Which is always helpful when it comes to preparation. Especially when you have a project that requires an entirely bespoke instrument template. Sometimes you’re brought on board somewhat last minute, so having that extra time to prepare helps a lot.

Can we get a little bit of the insight of your creative process while you worked on In the Vault series?

Regardless of the sonic template, if there’s melody involved, I like to start on the piano. It really helps me create a solid foundation for what I’m about to write. Sometimes it’s about creating just the right sound, which can take a while. For In the Vault I wanted to have a variety of melodies and motifs. It’s such an elaborate story from all the different character’s perspectives, I wanted to match that depth with the score.

You also scored a lot of movies. What would you say is the biggest difference between scoring TV series, web series and films?

I’d say the biggest difference between some tv shows and films is the structure and the time you have to establish something in the story. With many tv shows, there really isn’t much of a difference. Template, style and texture. In so many ways it’s like scoring a film. The only difference might be schedule and budget.

The new Walking Dead season is just around the corner. Are there going to be more webisodes and are you returning to score them?

So far I haven’t heard any rumblings of more webisodes. I really love the idea of being able to tell some of the side stories and be able to add to the fabric of this extensive Walking Dead universe. As a fan myself, I would love to be involved should the opportunity come up.

My studio is pretty simple. I have a machine room where I keep most of my gear. Various computers and accessories that create a sort of conveyer belt setup. I use Vienna Ensemble Pro on several computers to host the arsenal of sound/sample libraries I have. Another for cubase, which I use as my sequencer. Then I have my Pro-Tools rig, where all the audio is bussed into their appropriate stems. My main writing room consists of various instruments, both acoustic and electronic, that i can experiment with as I go.

Right now I’m working on season 2 of Play by Play on go90. It’s a coming of age series set in 1994. I genuinely love working on this show. The characters are a whole lot of fun and the score has the opportunity to wear many different masks.

I’m not sure if I could say there’s been one defining moment. My entire career has been one unique experience after another. That’s really the great thing about it. You’re always on a new adventure. From meeting new and talented filmmakers to growing with long time collaborators you’ve been working with for ten plus years. Though I have to say it was particularly fun to work with Greg Nicotero on The Walking Dead Webisodes.

I suppose my advice would be to learn as much as possible wherever possible. Whether it’s writing a new piece of music every day, working for an established composer, or doing a bunch of student/short films. There’s always something this industry can teach you. Always push yourself to become better at your craft.

Kevin, thank you so much for taking the time and answering my questions! I wish you all the best for your future projects.

Thanks so much! It’s been fun.

In this interview, we talk to composer Brandon Roberts about his work on Unbroken: Path to Redemption - An unbelievable true story of Olympian and World War II hero Louis Zamperini. END_OF_DOCUMENT_TOKEN_TO_BE_REPLACED

In this interview, we talk to composer Kurt Oldman about his work on a SuperMansion series and also touch on his past work. END_OF_DOCUMENT_TOKEN_TO_BE_REPLACED

In this interview, we talk to Gaayatri Kaundinya about her work as a composer and singer on The Hundred Foot Journey, Jungle Book and Million Dollar Arm. END_OF_DOCUMENT_TOKEN_TO_BE_REPLACED