Today we will be reviewing the Function Loops “Vocals with Lokka 3” and unlike other reviews I have written this one will be a bit shorter. 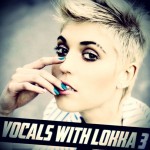 Vocals with Lokka 3 is a set of acapellas mostly oriented toward EDM producers though you can use it pretty much anywhere if you feel creative. For around 30 bucks you will receive a set of five construction kits and five acapellas from the singer (assuming her name is but probably isn`t) Lokka.

Each acapella comes in dry and wet versions so you can either use processed version or process it yourself depending on your likings. Along with full version acapellas you will also receive a set of short vocals extracted from the full version of acapella. If you have done any mixing or remixing in the past then you will know that the short vocals come in handy.

In addition you will also receive a set of midi files for the track in which a particular acapella is presented in and all of the already processed stems along with some bonus drum loops.

The sound quality is great and the performance by Lokka is second to none. I am sure plenty of EDM composers will find a great use to it.

The one thing I found missing in this whole pack is the ability to play loops and vocals in various formats for instance drums to come packed as a NI Battery patch, Kontakt patches for vocals and other type of formats. The developer could in my opinion expand on that in the future.

Overall Vocals with Lokka 3 is a nice pack of samples with great content all around. It is not a big sample pack (far from it) but it is enough to justify its price (26.74 EUROS).