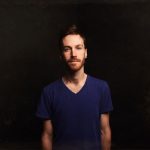 Hi, my name is TJ Dumser, I’m a sound designer and mixer based in NYC, primarily working in post-production in advertising. I’ve been sound designing and mixing commercials for about twelve years, and some of my work has garnered recognition; I’ve won a Cannes Lion, a Summit International, a CLIO, a Webby, and three Telly’s.

I’ve always been an “at a facility” type of sound designer, moving around from a couple of different company’s in the past twelve years (helping build one from the ground up), but as of December ’16, I decided to go freelance and become my own boss. I found the opportunity to do so both frightening and exciting.
I used to rely on the shelter of a studio to protect me from slower periods, but a few years ago when things started changing in the industry – mainly the fact that agency’s were taking their work in-house, I decided that I’d have to shed the facility model and become as agile as I could be. And in doing so, I had to face my fear of failing and take a deep breath and make the leap into freelancing.

Turns out, it was the bet decision I could have possibly made. I always loved what I did, but I never loved where I was doing it, now, I have the best of both worlds. People mostly hire me as a sound designer to give their pieces life and character, sometimes a sonic individuality and most certainly for overall excitement and enhancement – also an environment to live in – creating custom SFX using my guitar and pedals, or transforming stock SFX and manipulating found sounds.

The other side to my job is the mixer aspect. Since I got my initial start as a mixer, this is where my speed and skill really live. I used to work at a facility that mixed promos, and if you’re not familiar with how the promo world works, it’s fast and gritty, usually high spot count and limited time, so I certainly needed to become fast and effective.

In any given week I could be recording VO, editing music, sound designing shorts, mixing web pieces, and composing soundtracks – I sincerely love what I do, I still can’t believe people pay me to do this… to make NOISE!

I think my speciality is my uniqueness and passion…boring answer, right?! I think I stand out because my work is very much me in audio form. I try to bring a quirky, clean, powerful approach to everything I do. One of the things that is my speciality is my speed. I am incredibly fast when it comes to editing dialogue, VO, and music – most of my clients get to see that right away.

What I have that makes me different from other sound designers is that I’m also a mixer. And what makes me different from other mixers, is that I’m also a sound designer. I think the marriage of these two traits is why people tend to book me. I know there are people that specialize in one thing and that is certainly great, but as someone who works in advertising, being able to do the sound design and craft the mix makes you an asset to any post-production team. Plus, a lot of times when I am sound designing, I am seeing how it directly impacts the final mix, I like having that control.

Though a lot of my work has moved to an unsupervised environment, when I do work with people in the room, I think my love of Back to the Future movie quotes and awkward humor helps make for a more enjoyable session.

My main tools are ProTools 12 HD, my MacBook Pro (yup, small yet mighty), Soundminer, my Fender Classic Player Jazzmaster and all my guitar pedals – namely the Avalanche Run from Earthquaker Devices.

I spend the down time I do have working on making new and un-found sounds with my guitar. Then I manipulate those sounds in ProTools with a host of plug-ins and export out to Soundminer for future use in commercials and more.

I’m a ProTools guy. For better or worse. Although, I see it for the better. I’ve been using ProTools since PT5 – I’m all about those key commands. It doesn’t hurt that Full Sail pounded shortcuts into my head years ago.

As for what I would consider desert-island type of software: 1. All things Waves, super helpful and useful especially the LL-3 Ultra, so good. 2. Sound Toys bundle, I fall deeper and deeper in love with these every time I use them 3. Slate Digital Everything Package, damn, this is just, damn. 4. iZotope RX Advanced 6, I just upgraded to 6 and now I’m broken, I can’t live without it.

When I’m quickly looking to pull a mix together, I’ll usually rely heavily on iZotope’s killer noise reduction to clean up my dialogue fast and then I’ll sculpt with Waves and finish it off with the LL-3 or L2. Anything that needs to get weird will usually be the Eventide Blackhole, Sound Toys Crystallizer, or fed through my Earthquaker Devices Avalanche Run.

I am certainly most creative after I have had my first cup of coffee and before I’ve had my third cup of coffee. There really is a caffeinated sweet spot that happens in the morning and usually tapers off in the afternoon once I’ve passed up lunch…

But I also find I’m most creative having after walking away from a project that I’ve had my head in for a while – I’m used to kind of plugging in and keeping my head down until it’s done type of work just because of the nature of timelines in advertising. But when I can find the extra time to step away and either watch a bit of a movie or read some more of a book, it usually helps me find my second wind on something I may have been losing steam on.

Since I work in the ad-world, speed and creativity often fight for center stage. Over the years, I’ve found that certain clients like certain things and you shouldn’t try to stray too far from that unless you’d like to have four rounds of revisions. That being said, I do think you should try to push the envelope and progress as a sound designer on each project you do.

If I’m working on an animated piece, it’s my style to over-design first and then pull it back to a more reasonable level. I don’t have the muscle and restraint to not put something on just yet, working on that.

I’ll start with “if it moves, it should make sound” – I like to use organic sounds as a bed and then get gradually more processed from there. Animals and earthen types of sounds are usually a good starting place because they tend to resonate with us more because, well, they are real. The more and more effected I get, the more fun it is. Making glitchy types of sounds for fast cut pieces or tech-vids is a blast and truly where Sound Toys and Earthquaker Devices get to shine though. They make it so easy to get super weird incredibly fast. I want an Earthquaker t-shirt for all this unsolicited hype, man. But for real, I couldn’t do what I do without them.

Once I get the basic first swipe of SFX on, I’ll make sure that they are all gelling together correctly, then I’ll add in any VO or SOT to make sure the SFX are covering up anything and lastly I’ll add in the music and make emotional rides based of the motion of the piece, pulling it all together. I really love the Presonus Faderport for the music rides, who needs an entire board for this stuff?

It took me a long time to figure out that I don’t need to be anyone but myself. Once I did that, the rest fell into place. Some of my work that has won awards has been the work I said “let’s just try this out and see what happens.” Secret’s out!

As I mentioned earlier, I love to make sounds with my guitar. Wether it’s bed-y soundtrack stuff or short sparkly SFX for a broadcast spot, I think it’s super unique and sounds like nothing else. I usually like to start with a very clean sound and feed that into the Avalanche Run and just let that pedal have-at-it. It’s usually when I say “I’m tired of doing what I know works” that something new and fun happens. Keep getting weird.

You know, as I was answering these questions, I found myself wondering if what I was doing was a waste of time because, who cares about what I do, right? But then I remembered reading interviews with people in my field before I was doing this and thinking that those are the ones that helped me decide what it was I wanted to do, so I continued on, hoping that someone will find something I said interesting or helpful in some tiny way.

I think the scariest thing is uncertainty. I always want to know what I’m working on before I do it, who’ll be attending, how many spots, are we recording VO, how will you want it delivered…etc… But then I’ve realized the most important thing is just being ready for absolutely anything – and in doing so, you’re always prepared. For me, fear of the uncertainty was what kept me from making the decision to go out as a freelancer. Once I embraced that fear, I realized it was that bad after all. It’s exactly like the furnace in Kevin’s basement from Home Alone…he spends the first day being afraid of it because you know, it’s scary. But then he realizes it’s just a dumb furnace, and tells it to “shut up,” which in turn quiets it and allows him to carry on with his plan to boobytrap the house instead of just calling the cops like a normal kid.

When people hire you, they expect you to know how to do it all – and there are tons of people who can do what you and I do – but the reason people want to hire you is because of who you are and how you act in session. No one wants to spend a full day in a room most likely without windows ordering lunch and chatting about their weekend with a jerk. They want someone who is a good hang and just so happens to be spectacular at what they do. So I would say, be yourself, be brave, and be excellent.