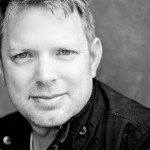 Hi Tim, thank you for taking time to do this interview. Let us start with the basic questions first. Tell us a little bit about yourself and how did you get your start as a composer?

From an early age, my dream was to write music. I started by writing short songs on the piano. I would hum tunes to myself trying to work out the harmonies. When I got to high school I started forming bands. We played some covers but mostly played music that I wrote. When I graduated high school, I wasn’t sure which direction to go. I wanted to get a degree that was in music or at least related to music. I decided on Golden West Junior College because of their outstanding sound engineering program. As much as I loved their program my real passion was writing music.

I shifted my focus to music theory and my teacher Rose Ann Wood suggested I look at USC. I tried out and was accepted into USC to study music composition for film. I had some amazing teachers at USC in both composition and film composition. Elmer Bernstein, Jerry Goldsmith, Chris Young, Bruce Broughton and Buddy Baker were instrumental in me growing as a composer. But it wasn’t only in writing music where they influenced me. They taught me about life, how to be a professional. What things were important and what were not. They gave me the confidence I would need to start scoring for film, TV and video games.

You have scored some of my favorite games. Could share a story on how did you started working in game audio?

My main focus after college was scoring films. I composed 6 or 7 films before I scored my first game. I loved games but at the time it wasn’t my focus for my career. I knew somebody over at THQ. They liked my music and they hired me and my partner Chris Lennertz. Unfortunately, the game got cancelled but THQ needed composers for The Punisher. With our backgrounds in film, we were the perfect fit.

How did you get involved with the XCOM series? What were the main obstacles that you had to overcome?

I first worked with 2K on The Darkness II. 2K then reached out when they needed help to finish XCOM: Enemy Unknown. That was my first experience with the XCOM world and I really enjoyed playing the game when it was released. A few years later I was extremely happy when I got the call for XCOM 2. I think the trickiest part about the score for XCOM 2 was combat music. Firaxis had a cool idea to have two pieces of music playing simultaneously during combat. When it’s the commander’s turn, the XCOM centric themes would play and when it was Advent’s (the enemies) turn, XCOM music would crossfade with the second track and the alien music would play. It’s subtle but effective. Chris D’Ambrosio, the lead audio designer at Firaxis, did an amazing job making it work.

After this session with the developer did you have a general idea where you would like the music to go and how interactive it would be with the events that happen in the game?

We wanted the sound of the game to sound familiar in a sense but introduce a new direction and approach. You start the game with the world nothing like you left it in XCOM: Enemy Unknown. It’s taken over by the aliens and XCOM is forced to go underground. I wanted the music to have some struggle in it and as you start winning, evolve and have the heroic elements start to become prominent.

When you are working on a big project like XCOM, how do you prepare and how does your working day look like?

I like to start the day early. I try to get some exercise and think about what I am planning to write for that day. I usually compose most of the music as much as possible in my head before sitting down in front of the keyboard to write.

You have scored some of the biggest games on the market. What do you think is the major difference between working with games and motion picture?

It can be very similar sometimes when you are writing the cut scenes for games. Writing music to picture is like a complex mathematical equation. It’s all about finding the right tempo for the scene. Once that is done, you know how many measures the cue is going to be and you can find creative ways to highlight the story that is being told in the scene. With games, when you are working out the interactive music, it can be much more difficult. You write a bunch of music and have an idea how it’s going to work together. But you don’t really know how it’s going to work until it gets implemented. Writing for games can be much less linear than for films or TV.

It’s mostly determined by the needs of the project. I want the music to highlight and augment what is going on. Often times it can be a shotgun marriage between you and the producer/director/audio lead. Usually the earlier you start on the project the more input you as a composer get to have. Having that time allows you to try more unusual approaches and change minds.

This one is for the gear heads. What tools and technology are you currently using and why?

For XCOM 2 I wanted to blend the old and the new in the synth world. I used a Moog Sub 37 along with a myriad of soft synths. I use Cubase for my DAW and I have an UA Apollo for input/output and their great plug-ins. I think technology is best used to streamline the music creation process. Computers are conduits to your creativity. They are tools that used correctly will free you up to be as innovative as possible.

If you could pick your favorite moment/project, which project was most memorable for you?

I have been fortunate to record at Skywalker Ranch for 4 different games (The Simpsons Game, Red Faction Guerilla, Command and Conquer Red Alert 3 and Tiberium) and each time has been a dream. There is something special that Leslie Anne Jones (Director of Music Recording and Scoring at Skywalker Sound) has created there and really makes recording orchestras a dream. A close second would be spending 10 days in Prague to record the score for The Darkness II. Prague is an amazing town with great beer.

Everybody you work with on a project has something to teach you. Listen and try to take something away from everyone on the team.

Try to have a good attitude about life. The ups and downs, the joys and tragedies are in store for us all eventually. Have a good sense of humor and not take everything so seriously. Balance is everything.

In this interview, we talk to composer Brandon Roberts about his work on Unbroken: Path to Redemption - An unbelievable true story of Olympian and World War II hero Louis Zamperini. END_OF_DOCUMENT_TOKEN_TO_BE_REPLACED

In this interview, we talk to composer Kurt Oldman about his work on a SuperMansion series and also touch on his past work. END_OF_DOCUMENT_TOKEN_TO_BE_REPLACED

In this interview, we talk to Gaayatri Kaundinya about her work as a composer and singer on The Hundred Foot Journey, Jungle Book and Million Dollar Arm. END_OF_DOCUMENT_TOKEN_TO_BE_REPLACED