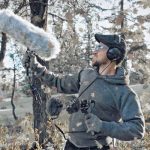 Hi Stephan, thank you for taking time and doing this interview. Let’s start by introducing yourself and telling us a little bit about your background in sound?

Hi Zdravko, thank you for asking me! I’ve always been fascinated by the power of sound and the rising capabilities of technologies. I had great luck to be able to experiment with computers and audio on my own at a very young age. I thus grew up in this little digital bubble. In the meantime I studied music as a musician but I rapidly forked into sound engineering. Over the years, I had founded and managed my own studio where I recorded bands, artists, and projects of all kind. I got knowledge and experiences in various fields, as far as programming, 3d, animation, web design, video, game design. I like to try things, create and experiment by myself. After few years of being involved in digital media art, I fully got back into sound through field recording and sound design. I lately worked as an audio designer consultant for WB games in Montreal. Since 2016 I founded Articulated Sounds, where we create sound effects and ambiences libraries.

Let’s talk about your libraries for a bit. What got you into field recording?

It is utterly exciting for me to serve the community with inspiring sounds. I am thrilled to see this ever-growing positive loop. When sound designers and editors got inspired by these sounds, I conversely got energized by their feedbacks, encouraging for better and greater libraries. I am now really eager to push the boundaries further and I would take any risk for the sake of collecting sonic gems. It’s like being on a quest in an adventure!

I have to make a special mention to the people I got inspired from: Gordon Hempton, Chris Watson and Paul Virostek which greatly helped me to shape strategies and methods regarding sound libraries creation.

You recently released two new libraries, Yeti and Fun monsters. How did you come up with the idea for these two libraries and could you share more information on how you planned the libraries?

Well, the idea for both libraries comes from the observation of the lack of specialized sound effects on these topics. The overall project is based on the recording of many actors from all sexes and ages. In total, 22 people have been recorded, and beyond monsters, we also recorded human reactions and emotions which will be released in an upcoming library next month. I was fortunate enough to find the collaboration of a studio which had great contact with actors; they could help me find 14 actors which we recorded in separate sessions.

For the planning, it was important to define how the sessions should unfold. I did some research and took note of all the possible emotions and reactions that were relevant. For the monsters I selected images which helped inspire the actors’ performances. Not knowing the actors beforehand neither their range of abilities, it was important to allow some leeway during the recordings so we could freely experiment on the sound of their voices.

I am really happy of the idea behind ‘Fun Monsters’ that encompasses a wide array of ‘non-badass’ creatures, which is the first library of its kind that I know (tell me if I’m wrong).

How much time did you spend recording and editing sounds for Yeti and Fun monsters?

It took over one month to plan, find the actors and prepare the sessions. The recordings spanned over 2 months but they can be boiled down to 4 days of actual recordings. Since we had a lot of material, the editing was a long process. Hopefully I had support from Vincent Fliniaux which also recorded an additional nice robot character that is included in the ‘Fun Monsters’ library. I also recorded myself some more additional little monsters.

For the Yeti, it took few days to find the right treatment chain and get the most optimized algorithm for the pitch-shifting process. It was important that the yeti sounds stay as natural as possible. For the Fun Monsters, I think it took more than 2 weeks for the editing.

Could you share more about how and what mic techniques did you use?

For these libraries, there were not much mic techniques involved. The most important element was to capture the performance with accuracy and with the best quality possible while avoiding phasing issues. We recorded through 3 microphones which allowed us to choose or mix afterwards. The Neumann TLM170R gave a nice plain and round sound, the Sennheiser MKH8090 and Sanken Co-100k allowed to capture an extensive frequency spectrum, up to 100KHz. I like to think that the final sounds can be malleable if needed; this is why we deliver these libraries in 24/192KHz. 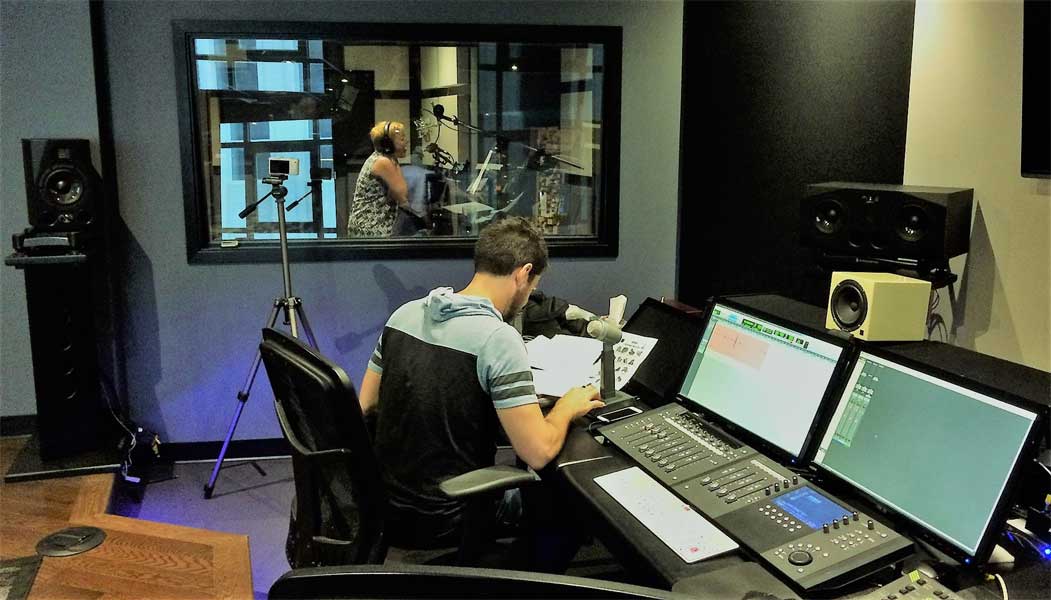 Do you have any interesting stories that happened during the recording?

During the recording sessions, we tried some candies and marshmallows for the actors to experiment some mouthful sounds! But this was unexpectedly dangerous! While trying some weird sounds, one of the actors almost strangle himself with the marshmallow! Hopefully the facility was kind enough to regularly supply some fresh water glasses. It would have been unfortunate to call the emergency! 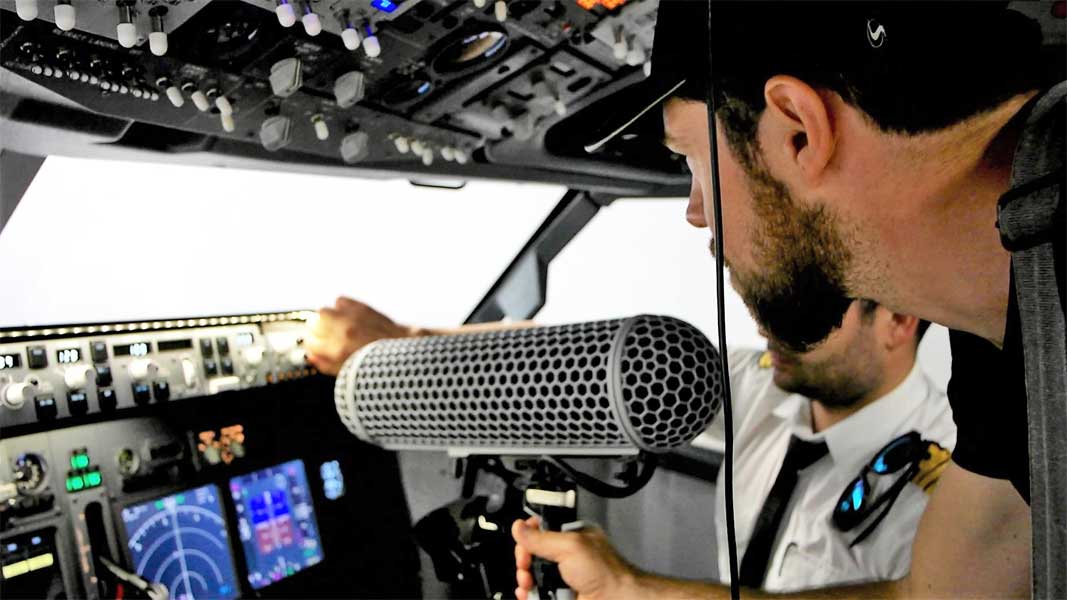 What do you consider to be best part of making the library?

I think there are two best moments. The first is the time when you conceptualize and you think everything is possible, this is an open door to any ideas you can image. Then the second best moment is when you see everything coming into shape in a coherent ensemble that makes sense, after all the struggles that went into the making.

If you could share one thing that you learned during the whole process of making your libraries, what would it be?

One thing I learned is to be more flexible that what I already was. It is always more easy to visualize than the actual realization of it which never goes on a straight path because there always are unplanned elements happening! Thus it is better to embrace the unexpectedness than thinking of it as a barrier. In fact interesting sounds can pop up anytime anywhere even if they are not what we’re looking for.

I use the Sennheiser MKH8090 microphones on a lot of sources, the MKH418s for specifics, the excellent Sanken Co-100K for its extensive frequency range. I also use a pair of Rode Nt5 at times which does not like outdoor humidity conditions. I have a tetrahedral mic, the Core sound Tetramic which I am still exploring. I did use the AKG C-414 a lot few years ago; I liked it for its versatility.

For underwater, I have Cold Gold hydrophone which can be interesting at times and can also be used as contact mic. I also own a Telinga parabolic dish (the MK2 Kit) which allows to spy at distance ;-). I have the LOM Elektroslush mini city to capture interesting electromagnetic sounds.

For the recorder, I mostly use the Sound Devices 788T. I also have a Zoom H5 which I couple with a Sound Device MixPre.

I have a pair of Adams monitor but I mostly use headphone with the excellent Beyerdynamics DT770Pro
My computer is a hand-made PC, I also have a Microsoft surface pro, and many many hard-drives.

I like to fiddle my own mic supports. I successfully put together an IRT-Cross for multichannel recording. I also did a lot of surround stealth recording with a custom set of bags with 4 hidden mics, 2 in front and 2 in my back. I recently found out that selfie stick could make interesting weightless mic arm extensions.

For the software part, it has been almost 20 years that I am faithful to Steinberg. But I really like Reaper since it allows a lot of possibilities. I tend to avoid Protools but sometimes it is unavoidable. I also use Izotope Rx for restoration.
For the plugins: Brainworx, SPL, SoundToys, Fabfilter, NuGen, Waves, MeldaProduction, SoundMorph.
I managed the metadata through Soundminer and MetadataTouch.

What can we expect from you in the future?

You can expect, of course, more incredible sounds from the jungle; although I am really keen to pitch in new themes of libraries that haven’t been created yet, or use new techniques, formats, and perspectives in search of the most useful and inspiring output.

In fact, so many diverse subjects of sound libraries are on the work right now with: interfaces, foliage, pass-bys, machines, humans, mobile games, animals, and many ambiences from around the world! Furthermore I am listening to any suggestions of themes or locations that might need to be covered.

In my opinion, here are the 4 pillars I think should be nourished: passion, listening skill, curiosity, perseverance. Passion is the foundation and nothing can be done correctly without it, in other word, get to know yourself and find what you truly like. Listening is awfully overlooked in our modern society, but it is so much important to train the ear, and not just passively hearing, but really get involved in the listening, analyze, assess, compare, experiment.

Curiosity is really core to all the knowledge, techniques and methods that can be learned. You don’t need to go to school if you are curious, you can learn by yourself.

Perseverance is like everything in life, I think it’s important to define long-term goals and stick to it as much as you can, and avoid any perturbation that can interfere with them; overall not being afraid of making mistakes.