The SoundWorks Collection is pleased to feature an exclusive behind-the-scenes feature about the sound and music of La Source. Narrated by Oscar nominated actor Don Cheadle, Directed and Produced by Patrick Shen, Co-Producer and Co-Cinematographer Brandon Vedder, Composer Matteo Messina (Juno, Thank you for Smoking, Up in the Air), and Re-recording Mixer and Sound Design by Steve Bessinger.

In La Source (pronounced lah-soos), Haiti water does not come easily. Each day, villagers of this small, rural community must choose between enduring a long, treacherous walk to retrieve clean water or drink contaminated water from a nearby river. For over 30 years, the villagers have attempted to address this problem by constructing a means of channeling the water from a natural spring in the mountains, but with limited funding and an unsupportive government their attempts to provide clean water were to no avail.

Since he was a teenager, Josue Lajeunesse, along with his brother Chrismedonne have dreamt of remedying this problem for their people. In 1989, Josue moved from La Source to New Jersey where he found employment as a custodian at Princeton University. His custodial work and second job as a taxi driver, which total close to 20 hours a day, allows him to send money home to La Source so that he and Chrismedonne, a bricklayer in La Source, could properly channel the water from the mountain into their village.

Our journey to La Source takes us on an adventure as the Lajeunesse Brothers work together to rally the support of a group of Princeton students, a Los Angeles-based charity called Generosity Water, and the people of La Source to fulfill their dream of improving the conditions of their impoverished village. La Source is not simply a movie about clean water and community transformation. It is a story of one man, empowered by a vision, who was able to ignite the passion of people thousands of miles away to change lives in La Source forever. Where water runs, life flows. 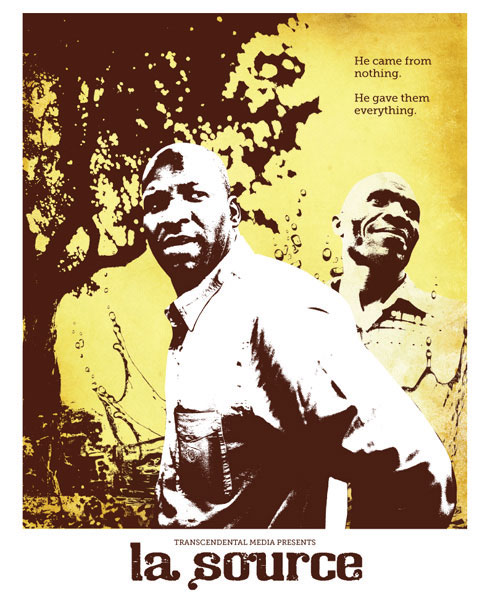