December 3, 2009
Drove up the back hill and recorded more ice puddle breaking. The temperature the night before was around 8 degrees so the ice in the puddle had re-frozen harder than yesterday. I brought the 702/CSS5 setup and dropped rocks on the ice puddle. A helicopter was overhead so some takes did not come out very good. I then recorded with the Sony PCM-D1 and got some close, hard breaks and stomped my foot down hard on the ice. I actually got very muddy even with the 18 degree temperature at the time.
Took some pictures of the view after driving around the back near the pond which was frozen completely over. This was at the top of the mountain peak. A very clear day. 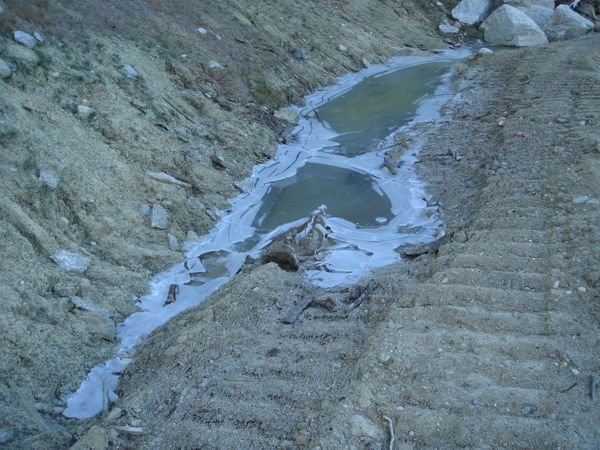 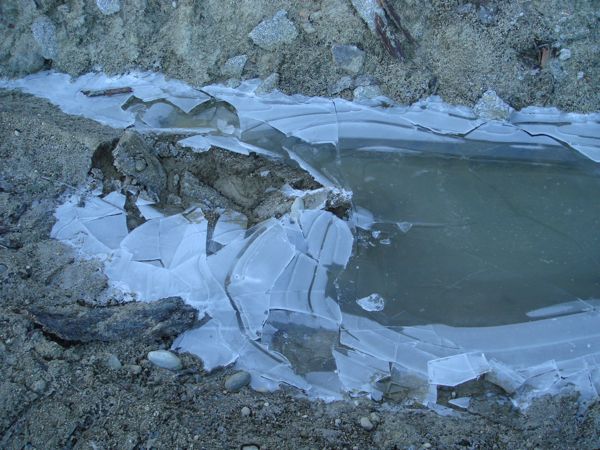 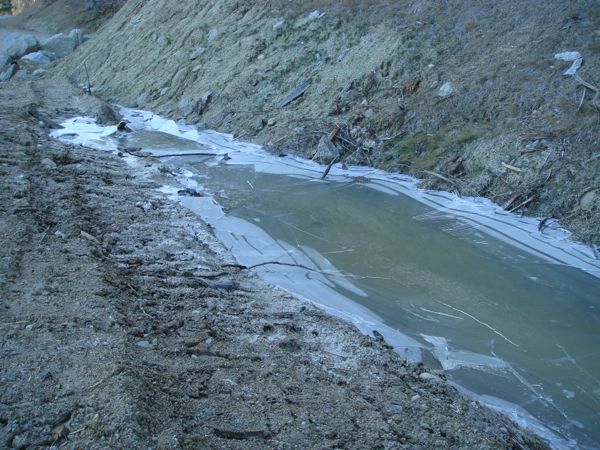 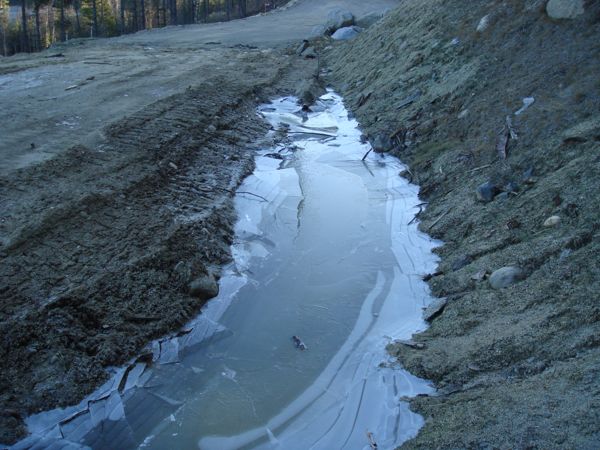 December 2, 2009.
Walked up the back hill and recorded rocks and Ice. The Ice cracks and breaks were from a 20ft long puddle. It was very cold, around 20 degrees and the ice was thick and underneath was water and mud. the mud made for an interesting sound on top of the water and ice cracking. The ice also settled in after I put pressure on it and made a very cool cracking and movement sound.

I also recorded some large rocks dropped and small gravel stones falling down a steep embankment.

I took some pictures of the ice puddle and the view. It was a very clear day and could see east towards Montana with ease.

On the way back I ripped some large rotting tree trunks apart, pulled bark off trees and rolled logs down a very steep hill.