Here is a quick blog post about my experience recording some big guns. There is a lot more to tell but I wanted to share some of my initial thoughts, video and pictures from the session.

The shoot was arranged very quickly because the weather here in North Idaho was about to turn nasty and I wanted to get some gun sounds before the end of the year. Rain was forecast for the days after the shoot but the day of the shoot there was only a 30% chance which in North Idaho means it’s hit and miss.

I asked the guys at Wrenco Arms here in Sandpoint Idaho if they were up for having their prized M-60 machine gun recorded. They were totally in and asked if I wanted to do some other guns as well. Since I am not a gun expert I asked them to bring some big guns. We ended up recording a Barret 98B Lapua Magnum and a Remington 700 with Weatherby 300 rounds. We also had some M-16 guns scheduled but the rain came in and cut the session short. Before the rain started I also recorded Tannerite explosions. These were fun and I will post a blog about that part of the session in the future.

I consulted with two of the best in the business: Charles Maynes and Chuck Russom and they gave me some great tips and advice for this shoot and it was great that they both were willing to share their expertise with me in this field. Thanks guys!

One thing I have learned during the small amount of gun shoots I have recorded is it’s not an easy task. I am not set up to record guns all the time. I wish I had more variety in microphones and since I cannot rent gear up here on short notice I used what I had and hoped for the best. I used a pair of Sennheiser MKH-8040s, a single MKH-8040, MKH-416, Sanken CSS-5, AT 835ST and a Sony D-50. I had two SD-702s, an FR-2 and a Sony PCM-D1 with the Sony pre-amp module. If the recorder could record at 192K I set it for that sample rate.

The video above is from a set of bursts from the M-60. I quickly combined the MKH-416 and Sanken CSS-5 for the audio track. There is no other processing except for some EQ and Limiting.

We had some interruptions during the shoot (no surprise) and at times had to wait a while for them to pass. Birds, squirrels, cars and airplane all made their presence known at times and it really screwed up the flow of the sessions because I knew the rain was coming and I only had a few hours to get all these guns recorded.

All in all it was a great session and I am happy with the results. There are a few things I would like to have done differently and will have the chance to try them out in the future. I do want to do this again and will take what I learned and hope for the best again. 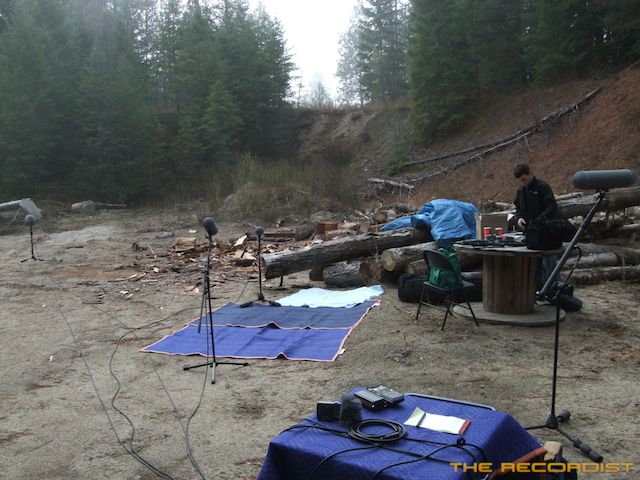 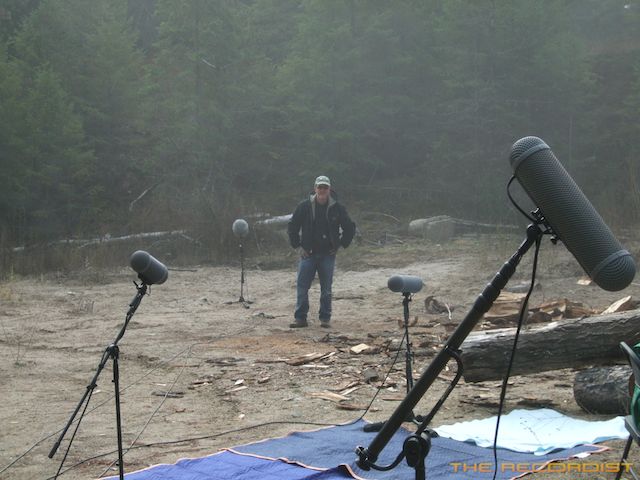 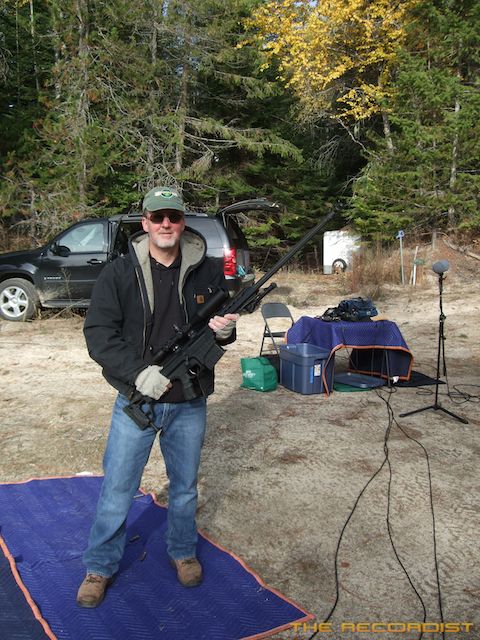 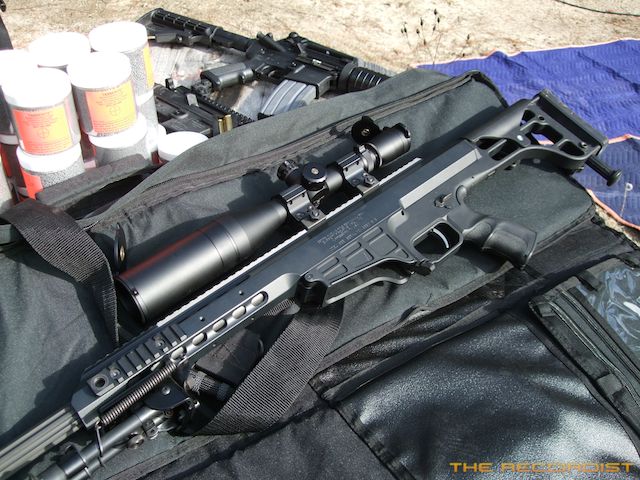 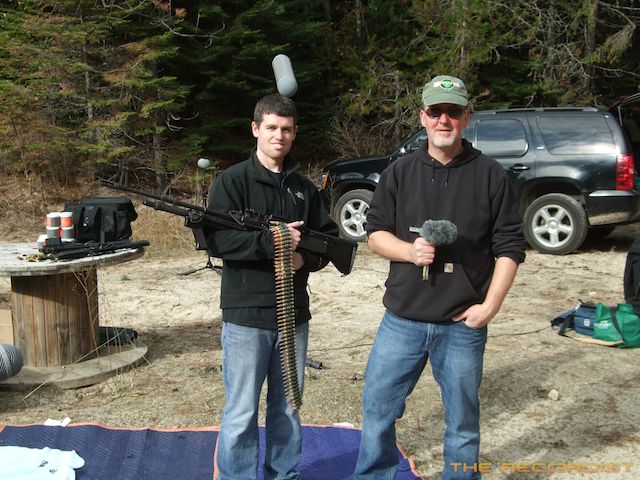 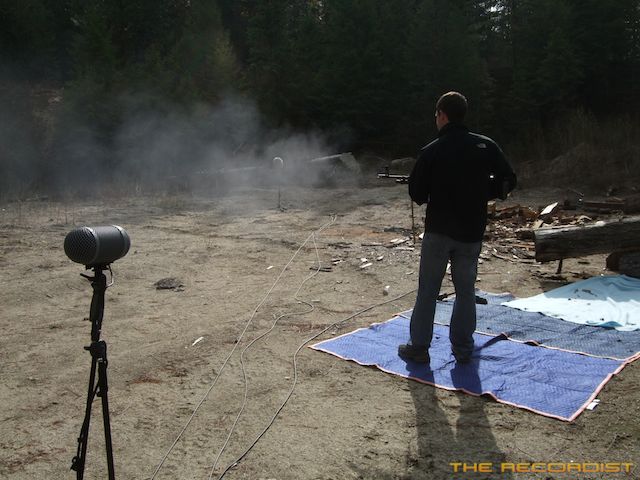 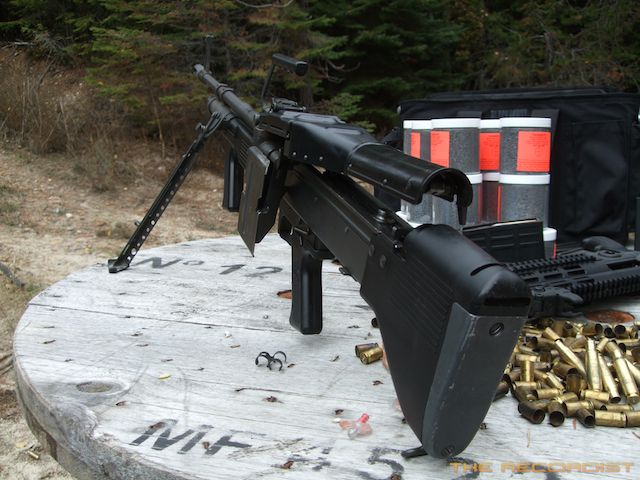 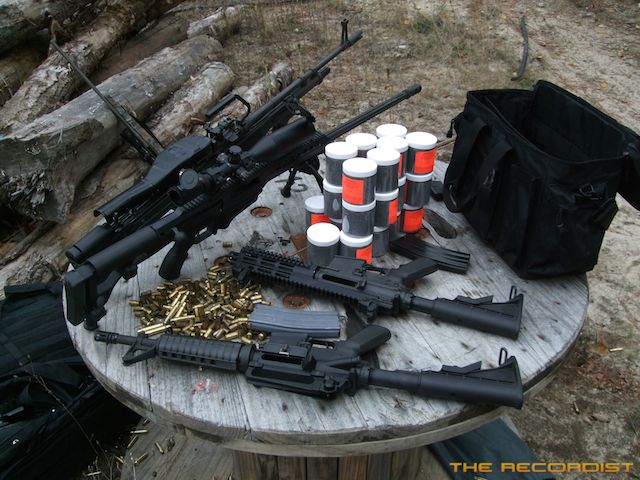