May 30, 2010
Over the holiday weekend I decided to give a shot at recording guns. My sister and her friend were hanging around so we grabbed his Glock 19 and I had my Remington 870 Shotgun. We shot over 150 rounds of ammunition.

We need something to prevent bullet ricos so I found a very wet bail of hay in the garden and proceeded to install it with the JD. I learned a great deal and plan to do much more with different guns, microphones and locations. Gear included: SD702/CSS5 and FR2/AT835ST at 24Bit-192k

Update: 6-17-2010
Recording and mastering of a Glock 26 9mm handgun and a Remington 870 12 gauge shotgun
I have worked quite a bit with guns from other recordists and sound effects libraries but have never edited and mastered my own recordings. Well, I was in for a surprise. While recording the guns I could feel the concussion “whomp” in my chest as the gun was fired. I kind of liked that and I was hoping that same feeling was in my recordings considering I was 3 feet away from the gun.

The recording set up was very simple. I used a Sanken CSS-5 set to narrow stereo placed about 8 feet away and recorded into a Sound Devices 702 at 192k. I also used a hand held AT-835ST shotgun microphone set to mono and then later set to stereo into a Fostex FR-2 at 192k. I like the “punch” the FR-2 has when recording loud sounds and the limiter kicks in. I held this mic about 12 inches from the gun. I proceeded to move the mic locations around a bit to get a different vibe in the recordings.

After auditioning some of the recordings I notice they did not have the same “wow” factor as being right next to the guns had. I then loaded all the files into my Pro Tools|HD 2 Accel rig at 96k and started sorting through the best takes. After lining up some great takes I then added the processing chain to my mix and came up with a set of plug-ins that I thought worked well. Here is the list:

1. Linear Phase EQ Lowband component – rolled off 35hz
2. PuigTec EQP-1A – added some low end at 100hz and top end at 5k (I like this plug!)
3. Q3 EQ – notched out some strange tones I started hearing
4. MV2 Dynamics Processor – brought the level up quite a bit (more that I thought I would)
5. Eventide Octavox Harmonizer – set up on a Aux bus for added 4 voice pitch shifting
6. L2 Ultramaximizer – Final leveling and punch

I wanted more punch and low end so I modified the sample rate of the 192k versions to 96k and layered in under each shot and also fed that to the Eventide harmonizer. 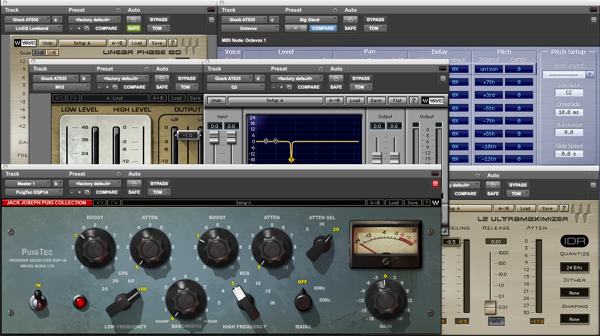 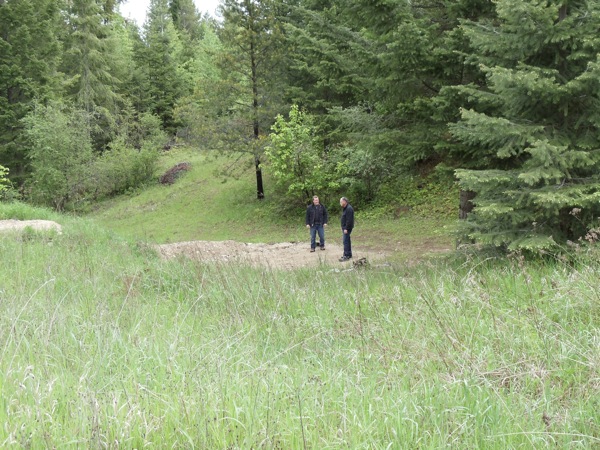 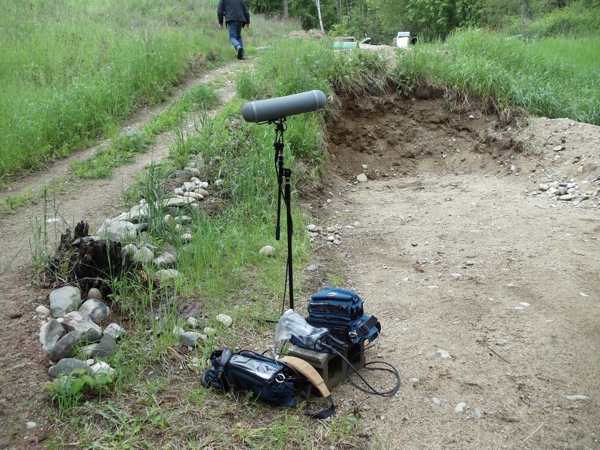 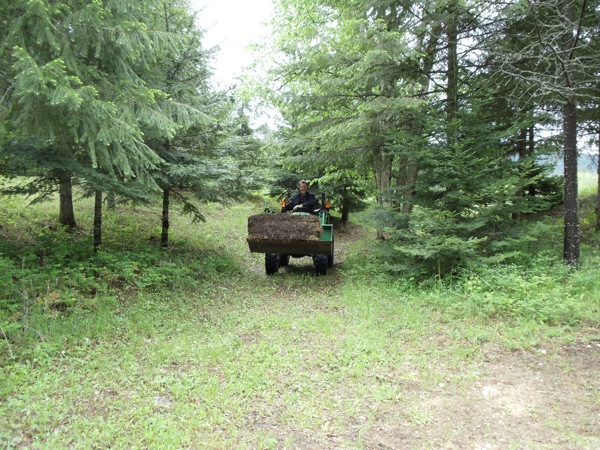 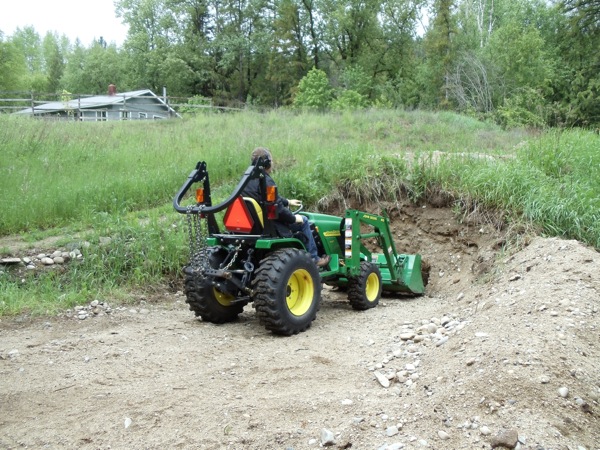 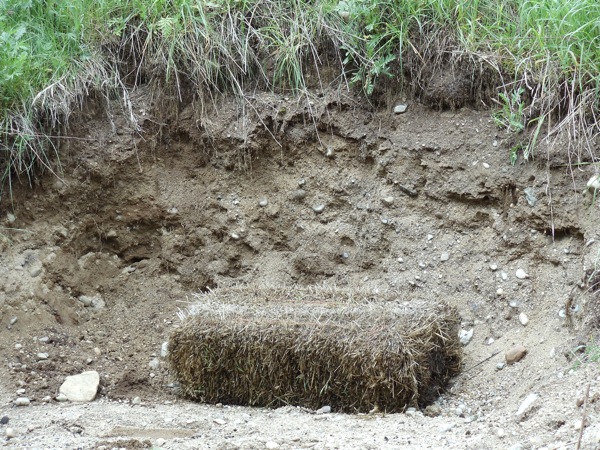 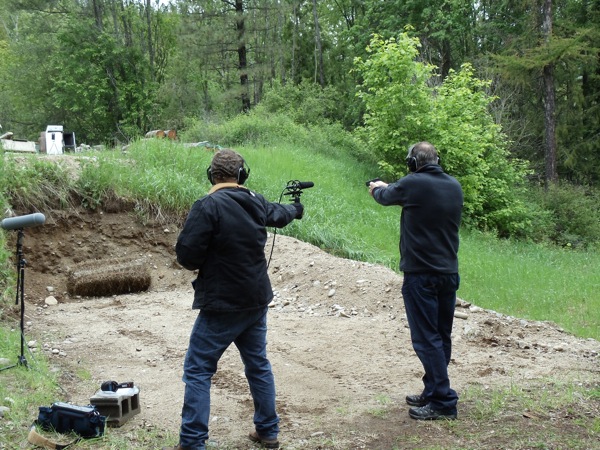 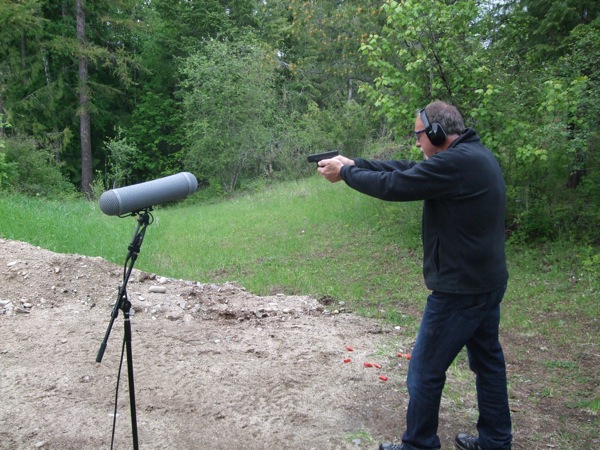 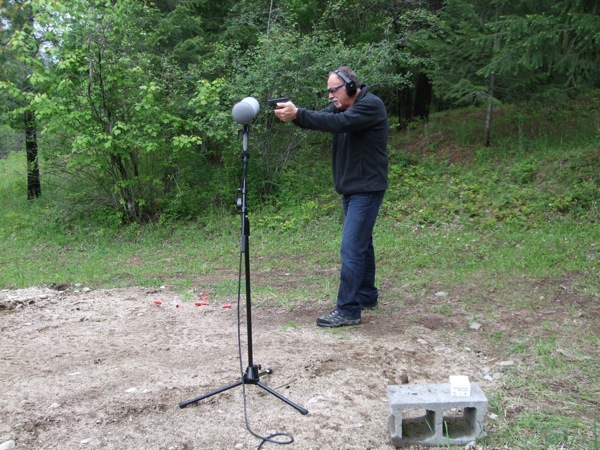 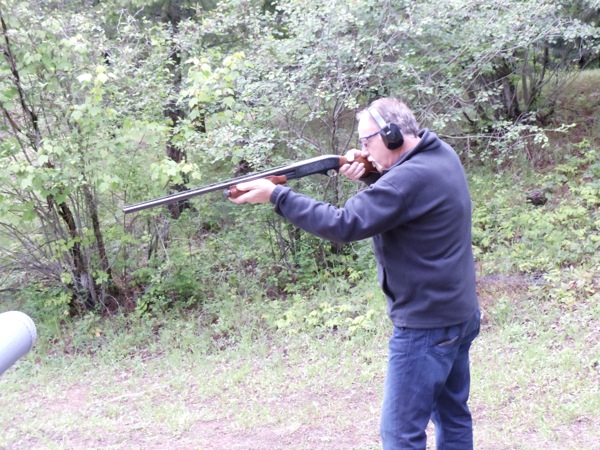