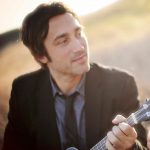 When you first started out as a composer, did you begin in the realms of film or television?

I had a couple television documentary projects, and then I got my first film soon afterwards. I always intended on doing films, that was my goal from the start, and then strange things just come your way which you can never expect. When I first got to LA, I would hang up fliers to try and do student films and meet filmmakers. So, my first few projects were student films.

Even when you were doing documentaries, you had narrative features set as the main goal?

Yes. It’s weird. I was in a band in the 90’s and we had a manager who was a music supervisor on films, and he showed me that world. Once I saw, I didn’t want to be in a band anymore, all I wanted to do was to figure out how to get into films. Coming from a band in the late 90’s, composing was way more segregated back then, so the idea of being a legitimate composer, and knowing how to work with an orchestra… it was more traditional, it seemed. So I avoided being the band guy, I never used guitars in the beginning, I wanted to establish myself as a legitimate composer, which is ironic because now there’s a million band guys doing it. It’s kind of cool to be a band guy. When I was getting started, besides Danny Elfman, it wasn’t such an easy transition to make. I don’t think people took you seriously if you came from a band so I just avoided that whole part of my past and tried to start from zero. Looking back, that was kind of silly, but it was important to me at the time.

You didn’t want to be a band guy, but you have done a lot of work as a performer, and lot of the songs you’ve produced, as a performer have ended up on film and tv. Is that something you see as a natural extension of your role as composer?

When I was getting started, it really was about doing everything and anything to try and get something started. A lot of those songs came from our band manager, who was a music supervisor back then. For instance, with EuroTrip, John was the music supervisor back then, so there were a lot of hook-ups through that. I figured that doing a song, even if you weren’t scoring the film, was a good way to meet people involved and ease the transition. Flash forward to now, it’s actually been pretty fun to occasionally get songs to break it up from the scoring world a bit.

How did you get involved with Training Day?

I was brought in through the director, Danny Cannon. I met Danny back in 2001, and this is kind of how I ended up doing a TV show when I was trying to do films. I was broke, but trying to get established. I had a friend who was a music supervisor, and he was working on a new show called CSI which, at the time, was just starting. So he had an office in Santa Monica and there was a studio that opened up next to his office. He said to me, ‘You should really get over here and rent this place, because there’s a lot of people coming around with whom it would be really good for you to get mixed.’ At the time I could barely afford ramen noodles, let alone rent a studio. I decided to take a chance and maxed out my credit cards and ended up renting the studio for six months. So, in the first few weeks there, Danny Cannon was the DP on CSI, and he knew Jason, so they came in one day and said ‘The DP from CSI is doing a short film, and we were wondering if you could score it for him’. So I did this film, and I guess Danny must have noticed the music, because in 2003 when CSI: Miami came about they hired me. Flash forward to April of last year, I got an email from Danny, whom I read in the trades was picked to direct the pilot, asking me ‘How are your next two weeks looking?’ They were really busy, working on a film called Mike and Dave Need Wedding Dates, but of course I responded back and said ‘Wide Open!’ because I had a feeling it was Training Day and, yes, it was Training Day. I really, really wanted to do it so I just pulled myself in, worked on the pilot with Danny, and it ended up getting picked up. It was a tough process because Danny is a very strong figure when he directs something. He’s pretty much responsible for the look of all CSI shows, and he’s got a really strong style, which is great. We finished the pilot and then it got picked up, but then I had to start the whole battle over of trying to get the series. There were all the other people who I didn’t interface with on the pilot that I had to make known who I was, and give me a shot in the series, which ended up working out. A lot of times the pilot director won’t stay around, which was the case with Danny, who directed the pilot and didn’t stay on.

How would you describe your approach to scoring Training Day? Did you consider the music from the original?

It always changes. I’m more of an organic instrument kind of person than some guys, I’m not a huge synth person. I’m not the guy they’ll call for Stranger Things season 2, I know that 80’s synth is in vogue now, but I much prefer acoustic instruments. I do a lot of textural things with guitars, which some people would probably do on synths, just to give things an organic feel. The orchestra itself is pretty universal I think. We had a live orchestra on the pilot, which gave it a timeless feel. I got to combine the things that I’m best at, so we’ve used a mix of the orchestral soundtrack, and some acoustic guitar stuff, which all came together on this score.

You studied classical piano, is that your go-to instrument?

Most of the time for writing, yes. I usually start on piano, and either write it down on paper or record it onto my iPhone. For the basic melodic building blocks, I think it’s a lot easier to sit by a piano and get them into your head before you sit at a computer. On a computer you have a whole universe of sounds that everyone else has, and if you aren’t saying anything melodically, it can get really confusing, and a little generic really quickly because there’s not a melodic structure backing it up.

Are there any specific programs that you’d recommend?

Everyone has their own thing. I’ve used Logic for so long that it’s just my brain at this point. I personally don’t think the program matters, I know guys who use Pro-Tools, others who use Q-Base, I think you can kind of do the same thing for all of them, so whatever’s easiest for you. I’m not much of a technology person. We all use computers, but it’s so easy to get caught up in this world of sample libraries and loops, where you just have to push a button for things to sound good. I think it’s too much, and you can get away from the actual notes you’re playing if you get too caught up in the technology world. I like to keep it simple, so Logic is my main program.

Do you have any advice for someone looking to get into the industry?

I’ve done 40 films at this point and I still feel like the new guy. Everyone has a different path. Looking back when I was starting, the biggest thing was to make sure your focus was on the music. It’s so easy to come into Hollywood and become preoccupied with going out and trying to schmooze, but if you don’t have the music down first, you’ll fail. There’s definitely an art form to doing this kind of music, which one can only get by doing. I would suggest you write music every day, because it’s just like practice. It’s a lifelong evolution too. Looking back, I cringe at the things I used to do because you can always get better by making mistakes, and the sooner you start, the sooner you can begin doing that. The big thing too is when you start. Things have changed a lot, but back in the day you would have a CD that was a general demo reel, which became your calling card, but those things are pretty much worthless now, especially when you’re starting out. If you’re trying to get started on a horror film, you need to put together something that’ll work for that because no one’s going to want a grand sweeping John Williams score for their horror film. So, in the beginning, it’s about having that library of stuff you’ve done, and being able to pull from it and create the applicable demo reel. But when you’re starting out, you don’t have that, unless you’ve been working at it. Now, when you put a demo reel together for a project it’s got to sound like it could go into it. So, I’d say you’ve got to work on your music as much as anything and try to be as good as you can so that, if by some chance the universe throws an opportunity your way, you can capitalize on it. I know a lot of people who let that be the last thing they think about, they’re good at networking, and talking to people, and going to parties, but, ultimately, if the music’s no good, then what’s the point..

In this interview, we talk to composer Brandon Roberts about his work on Unbroken: Path to Redemption - An unbelievable true story of Olympian and World War II hero Louis Zamperini. END_OF_DOCUMENT_TOKEN_TO_BE_REPLACED

In this interview, we talk to composer Kurt Oldman about his work on a SuperMansion series and also touch on his past work. END_OF_DOCUMENT_TOKEN_TO_BE_REPLACED

In this interview, we talk to Gaayatri Kaundinya about her work as a composer and singer on The Hundred Foot Journey, Jungle Book and Million Dollar Arm. END_OF_DOCUMENT_TOKEN_TO_BE_REPLACED