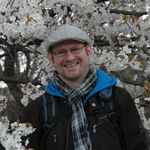 My name is Tapsa Kuusniemi and I’m a self taught composer and sound designer. I’ve composed music for films, commercials, television, radio and live shows. For the last six years I have been the sound designer for the national radio station YleX, which is a part of the Finnish Broadcast Company Yle. I also compose film advertising music for Epic North Music and I’m their mastering engineer. In addition to that I also work with the Reveltone Collective as a composer and sound designer.

I think my ability to create unique sonic worlds and my skill for overkill. I’ve spent most my composing and sound designing time just crafting new worlds from familiar sounds. It’s this part of my work that sets me apart from others.

As for the overkill part… Well, once while composing a film the director asked me to put everything I had into the finale. So I did. And when the director heard it he was silent for a while. I asked is something wrong. He said it was huge. I told him that he asked me put everything I’ve got into it. His reply: yeah, but I didn’t realise you had that much still available. He kept the full blown version though.

Neumann U-67 Microphone – This is for vocal work. I’ve found this to be an absolutely fantastic to record the human voice.

2 x Røde NT5 Microphones – These I use for foley and instrument recording.

Roland JP-8080 – A nice analog monster. Don’t get to use this often enough.

My DAW of choice is Cakewalk Sonar X1 – For my workflow Sonar works the best. As my sampler I use Native Instruments Kontakt4. I think Kontakt offers huge possibilities of doing things. Also the wide range of libraries available to Kontakt makes it really a good thing to have.

My preferred soft synths include:
Future Audio Workshop Circle – I like Circle for its rough sound. I like to have a rough and tough synth sound to my music to contrast all the warm and earthy tones I use.

Native Instruments Massive – Massive is a workhorse. If you can’t get it the sound you want out of it you’re not doing it right. It’s really impressive how versatile this sucker is. I also love the range of live control Massive has. With Massive I’m nowadays using the faders and knobs of my MIDI keyboard to control my sounds instead of just drawing the automations.

Native Instruments Absynth5 – This is one of my favourites. The soundscaping possibilities are so vast that it boggles the mind. Plus the mutate function is actually really usable and gives you nice results.

Sugar Bytes Cyclop – A recent addition to my arsenal this has quickly become my go to synth for anything bassy.

For effects work I mainly use:
Native Instruments Guitar Rig 5 – I’ve become to appreciate this more and more. It the different panels inside it give you a lot of possibilities of mangling sound. I rarely use it on guitars though.

Vienna Suite – I’ve found these to be some of the best mixing tools available. They work nicely on acoustic and synthetic material.

UAD compressors – The compressors are of the highest quality and give you a really nice sound.

Minimal System Instruments plugins – The MSI mastering plugins have really moved up in my mastering setup lately. They are inexpensive and produce good results. Probably the best budget choice you can get.

Nomad Factory Echoes – This is simply a stunning delay plugin.

ilformed Glitch – Still my favourite sound mangler. Looking forward to exploring their Glitch 2 in the future.

Variety of Sound Ferric TDS – This is a plug-in that I have basically on every vocal track I use. It gives you really nice warmth.

My most creative time is the afternoon. It used to be evenings, but when I started working regular hours I’ve found that scheduling and planning things is most effective for me in the morning. It kinda gives me a chance to wake up before actually doing something creative. So the afternoon is my creative time. It’s also the time I’m most efficient.

I start with what the project is about. Then I sketch ideas, melodies etc. and mull them around for some time. Usually one or two ideas start to make more sense than the rest of them.

Once I have the ideas at hand I begin to flesh them out and fill in the different details; instruments I want to use, sounds and atmospheres etc. For me working out what the world of the music is a really big part of the process. I need to know what sounds are dominant before I begin working in force. After I know the exact combination of sounds to use the rest is usually easy.

There are a couple of things I do to get creative. The first is such a boring thing as mind mapping. For me writing down things and what ideas derive from them is really helpful. Then go that one step beyond and start working with an idea that at first doesn’t seem to have any relation to the subject you’re dealing with.

The other thing is a rule I try to live by. I always incorporate a sound or instrument that goes against the grain of what I’m working on. It doesn’t have to be a distinct thing, but for me doing this has always opened up new territories to explore. It also keeps the listener on their toes to have something in there that they don’t expect. Because people always have expectations, like if you say that you’re working on something that sounds like Hollywood, people are going to expect it to sound a certain way. I’m the kind of guy who likes to kick up conventions.

The one thing that I’ve learned from working with radio is the way to get really punchy vocal tracks. The trick here is to not chug a single track vocal track full of effects but to layer them. So instead of having one or two vocal tracks I usually have from 8-10 different vocal tracks each with a different set of equalizers, compressors, effects etc. I find this gives a much nicer and richer vocal sound than just equalizing and compressing the hell out of one or two tracks.

Then another thing I do is, I take a plugin that is “meant” for something or a certain type of processing and just abuse it by doing exactly the opposite with it. Sometimes you get nothing, but other times you get something really cool.

One story is that I can share. It involves recording live instruments. We had a project we recorded a large string section for. Our team met with the conductor prior to the recording to discuss things. He was cool with things but on the recording day we realised he was there just for the paycheck and he gave absolutely the bare minimum into the project. Later I realised that the same thing was present at the original meeting and that he gave very little input on anything. We got what we needed but not what we hoped.

The lesson learned was that when you need extra people of your projects make damn sure they are invested in it and not there just to do their job. Get the right people for the right job.

I always give these two quotes when asked: ”Never give up, never surrender” and “Pain heals, chicks dig scars, glory lasts forever”.

In this interview, we talk to composer Brandon Roberts about his work on Unbroken: Path to Redemption - An unbelievable true story of Olympian and World War II hero Louis Zamperini. END_OF_DOCUMENT_TOKEN_TO_BE_REPLACED

In this interview, we talk to composer Kurt Oldman about his work on a SuperMansion series and also touch on his past work. END_OF_DOCUMENT_TOKEN_TO_BE_REPLACED

In this interview, we talk to Gaayatri Kaundinya about her work as a composer and singer on The Hundred Foot Journey, Jungle Book and Million Dollar Arm. END_OF_DOCUMENT_TOKEN_TO_BE_REPLACED