Orlando, FL, September 12, 2022 –  SyncWeasel has been launched in Orlando, Florida, as a new Production Music Library. The company offers clients working across all media fresh music tracks (3,000 upon launch) culled from emerging artists around the world. The announcement was made today by David Katzoff, CEO/Founder, Jay Stollman, Director of Business Development (Pictured Above) and Phil McArthur, Creative Director.

Regarding the formation of SyncWeasel, Mr. Stollman said, “Given the ever-increasing number of broadcast TV, cable, satellite, film, streaming, online and digital media platforms and opportunities that exist today for composers and songwriters by which to get their music heard, we felt now would be a great time to throw our hat into the ring! There’s a huge market out there for fresh, never-before-heard audio, and we are working in a highly collaborative manner with remarkably gifted musicians and composers from every corner of the globe. We think that having fresh new tracks that have never seen the marketplace previously will bring a creative infusion into the media world. We invite potential new clients to check out our offerings – we’re confident they’ll hear exciting new material they’ve never experienced before.”

A native of Orlando, Florida, David Katzoff launched a very successful IT product/services company deeply involved within the Life Sciences space in 2003. Twenty-years of diligence and brand-building later, that company was acquired – presenting Katzoff with the opportunity in 2022 to launch SyncWeasel, an important new production music library company which endeavors to meld his technology, business, and musical strengths.

Earlier in his career, Katzoff performed as a keyboard player with many high-profile musical outfits in the 1990s. As the keyboardist in a New York City-based band called Strangers On A Train, Katzoff and his band mates enjoyed many successful gigs such as Fleet Weeks, where the group shared the bill with Joan Jett and Marcy Brothers. Strangers On A Train also performed in other well-known Manhattan-area venues, such as My Father’s Place, The Bitter End, Kenny’s Castaways, the China Club, and Maxwells.

A multi-faceted instrumentalist, composer, vocalist, and music industry professional for 50 years, Jay Stollman comes to SyncWeasel with an extensive background in the composition, production and placement of music for TV, Film, Advertising and Interactive Media. As a partner in New York’s Kingsize Music, Stollman composed music for many NBC programs, winning several awards (International Mobius, New York Festivals, Cine-Golden Eagle) for his work on NBC’s “TODAY Show.” He was also instrumental in creating the Kingsize Music Library, which is now a part of 615 Music/Warner Chappell Music Group.

Over the past several years, Stollman, a native of Connecticut, has written for or placed music with most every network and in many feature films. In addition to his work for NBC’s “TODAY,” notable placements include NBC’s “The Voice,” “Saturday Night Live,” “The Tonight Show Starring Jimmy Fallon,” Jerry Seinfeld’s “Comedians in Cars Getting Coffee,” A&E’s “Biography,” FOX Sports, HBO’s “Sex & The City,” “The Martha Stewart Show,” “Dancing With The Stars,” “American Pickers,” “Pawn Stars,” “Real Housewives of Atlanta & Miami,” “The Early Show”/CBS, PBS “Great Performances,” NFL on CBS, NBA Action on CBS, and various series and specials airing on The Food Network, CNBC, MSNBC, Univision, USA Networks, Viacom, Discovery Networks, History Channel, and many more.

Stollman’s experience in the Production Music Industry includes a long-term project as Managing Director (2006-2008) of a major music library for SONY/ATV, writing, producing, and coordinating the work of fifty composers worldwide. This catalog was licensed to Getty Images via Sony/ATV and is being marketed as the Spin City Library.

From 2008-2009, Jay Stollman worked as a Business Development Consultant and Composer for Jingle Punks Music in New York. He directed company executives in the development of a new Production Music Library, which has grown to be the top provider of music for TV in the United States and abroad. Stollman is credited with thousands of music placements worldwide for that company.

In addition to his role with SyncWeasel, Jay Stollman is still active as a performer and recording artist, continues to compose music for all media, and remains “in-demand” as a consultant in the entertainment, music and music- licensing industries.

Native New Yorker and SyncWeasel’s Creative Director Phil McArthur, who now lives in Charlotte, N.C., has performed and recorded with hundreds of artists across the globe, including Ricky Martin, Franco DeVita, Joss Stone, Alejandro Sanz, David Lee Roth, Edgar Winter, Marc Anthony, Rod Stewart, KC & The Sunshine Band and many others. In addition to being a touring bassist, McArthur has also been composing and producing production music for the past 30 years.

Founded in 2022 by David Katzkoff in Orlando, Florida, SyncWeasel is a new production music library company that provides hip, fresh music tracks created and produced by a worldwide network of acclaimed composers. These tracks are meticulously curated and assembled in the company’s easy-to-use and comprehensive production music library. SyncWeasel tracks are pre-cleared, ready-to-license music for all media created by composers who have provided music for major TV, film, advertising and interactive media clients. In addition, SyncWeasel also offers music supervision services and custom music production, upon request. Please visit: https://syncweasel.com/ 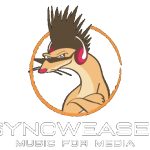