2016 has been very successful year for Strezov Sampling, especially when it comes to choir libraries, so here we are with another review, but this time we will discuss about the brand children choir called Arva.

I like it when I see the developer creating libraries that complement each other, and Strezov Sampling have done an amazing job there. Arva features has the same workflow and user interface as Freyja and Wotan, even the syllables are complementing each other very closely. The only difference is that Arva is a children choir consisting of both boys and girls singers, which makes it the first choir to feature such a combination. What I love is the fact that it also has the same “agile legato” feature, which I first loved so much about Freyja. To remind you what agile legato is it is a technique of sampling, which allows you to play polyphonic legatos as chords and with every syllable in the library, not just the aahs and oohs. Arva also features three mic positions and custom convolution reverb, as you have it in Freyja, so you get a full mixed choir ready to tackle any project, from epic to subtle and mysterious. 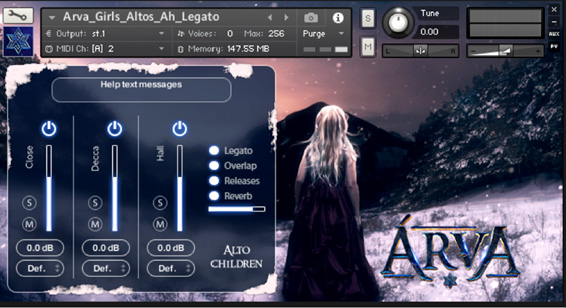 I really do love the colorful and vivid GUIs of Strezov’s products and Arva features the same amazing an eye-catching interface as Freyja and Storm Choir before. The syllabuilder is again in the central place of the GUI.

On the left, there is a list of eight syllables to choose from, and yet again I feel left out with only eight of them. On the right side of the syllabuilder, there are syllables controls for the articulation of staccato or sustain, different legato speeds, rhythmic selector, and ADSR controls that are applied individually to each syllable in the cue.

On the upper side above the builder, there are options for saving and loading your own patterns. There are also controls to choose whether or not your syllables will be keyswitched, or played sequentially in the cue. 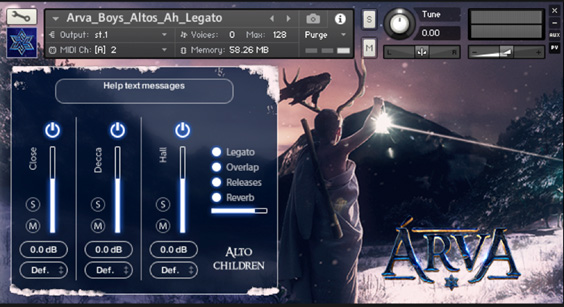 The sound qualities of these choirs are just superb. I love it when I can easily use a library with other instruments and they sit with them very well on the first listening. Arva has that emotional Harry Potter type of sound, and it sits very well between Wotan and Freyja.

I had an issue with Freyja when I had to drive the modwheel really hard in order to make it sing louder, while that is kind of still a problem in Arva, but not as much. Like I said before, I really have no bad remarks on this library and its sound quality, because it sits very well with 3rd party stuff straight out of the box.

It takes the central place of GUIs of every new Strezov choir library and its usage is basically the same as in Freyja. Eight syllables only are a little bit not enough for me, but hey, it gets the job done. The simplicity of usage is what I love about it a lot. You choose the syllables you want, and they will play sequentially in the order you’ve selected them. Plain simple enough. You can create your own custom patterns and save them for later use. Clicking on the small circles between syllables makes them connected, so the script plays them sequentially with a single note without you having to press the keys. You can make combinations with some syllables connected and other disconnected for more performance variations. 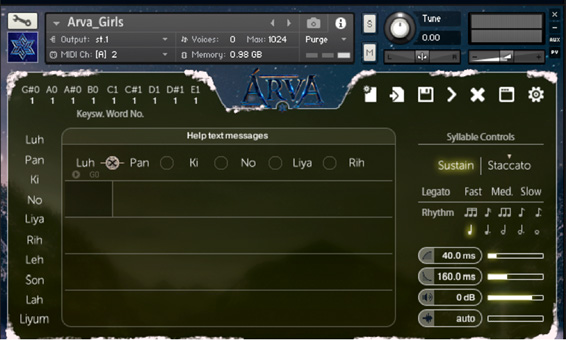 As much as this choir complements Freyja and Wotan, it is a very powerful tool on its own. It goes from subtle to in your face in an instance, and it can cover a large variety of genres from classical, over ambient, to full blown epic. Watch out for those RAMs by the way… The retail prices is 369$ for Arva.