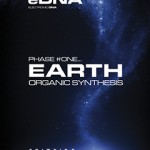 LONDON, UK: compositional tools creator Spitfire Audio is proud to announce availability of the first phase in its eDNA (Electronic DNA) project, EDNA01 – EARTH — a mouth-watering, once-in-a-lifetime collection of electronic sounds served up from the most valued collection of orchestral recordings on the planet, creating the next generation of soundware for the next generation of music makers, as of September 12…

Fact: Spitfire Audio has spent the last decade creating the world’s finest orchestral library. But the simple fact is that this was never its prime objective. Often words are never enough, in fact, yet the tantalising EDNA01 – EARTH teaser did just that with a carefully chosen few: Spitfire directive: May 2004… project codename: Gaia… objective: infiltrate the world’s greatest orchestras… mine sonic ore… to create raw components for… eDNA… Phase #One… EARTH Organic Synthesis.

Intriguing, isn’t it? So what on earth is EDNA01 – EARTH, exactly? Easy answer. For the last five years Spitfire Audio has been cherry-picking its way through the best musical moments from seven years’ worth of orchestral recordings and placing them through a series of extraordinary analogue and digital signal-warping chains to create the largest sound set of jaw-dropping, next-generation, organic-sounding electronics ever heard anywhere on earth. Either this is some of the best hyperbole ever written or something special has been happening behind closed doors, waiting for the right moment to be unleashed upon the unsuspecting music-making masses, more often than not already jaded by the morass of identikit, mainstream, and clichéd dance and pop sounds already available elsewhere. EDNA01 – EARTH is far from this, and far more besides, however. Hearing will be believing, believe us. Now that’s another fact to chew on! And here’s some more serious food for thought…

While Spitfire Audio has been hard at work recording the finest orchestral players for several years now, practising its collective craft of carefully creating the best strings, brass, woodwinds, and percussion libraries in the world to let loose on musicians the world over, coming from a background of the first wave of EDM (Electronic Dance Music), many here have hungered to get their hands on those superb sounds for further ill-gotten gains — hence the best orchestral recordings being saved to an above top secret hard drive to act as a repository for raw material. The elemental ore or set of polished diamonds, waiting to be roughed up all over again, if you will. While this proved to be a drawn-out process, it was well worth waiting for, that’s for sure!

Indeed, five long years were spent experimenting with orchestral warping techniques, finding the most rarefied analogue outboard and synths with which to filter, mangle, and much more besides, as well as commissioning and creating bespoke digital signal paths. Sounds were pulled up from that top secret hard drive, fed through an awesome multistage signal path, then left simmering overnight to create the most delicious and sometimes just plainly ‘wrong’ sets of sounds. Spitfire’s supremely talented team of multi-award-winning composers, producers, technicians, and engineers subsequently set about pairing down over a terabyte of data to more manageable musical chunks — the very best of the best with which to create a set of multi-sampled sound-sets that became the very building blocks of EARTH itself. Indeed, these were then meticulously organised by sound type into even more manageable sound banks, ready for future release when the time was right.

Rightfully so, Spitfire Audio — in partnership with Blake Robinson — has been hard at it for the last several years or so, cleverly creating some of the most intuitive and ingenious scripts, simple to use GUIs, and attractive front ends for its ongoing series of virtual instruments for Native Instruments’ industry-standard KONTAKT platform for Mac (OS X 10.7 or higher) and PC (Windows 7). Around a year ago, Spitfire Audio wiped the slate — or should we say script? — clean, and set about creating a monstrous new script engine, called eDNA (Electronic DNA), into which those ear-opening EARTH sound banks were effectively transplanted. ‘EARTH – Beta’ was then duly distributed around Spitfire’s state-of-the-art studio complex in central London, where the team truly went to town to create a quite frankly jaw-dropping selection of the most original, haunting, beautiful, epic, fat, angry, and downright unpleasant sounds you’re ever likely to set ears upon — here, there, or anywhere (else). EDNA01 – EARTH’s ingenious GUI genuinely fosters exploration into hitherto uncharted sonic vistas, all of which are a knob or slider away from being tweaked to belong to the user as they themselves see fit. Mangle (via the main MIX window) and add effects galore (via the main FX and MOTORISED FX windows)… it’s all there for the taking and more!

Who better to extol the many musical virtues of EDNA01 – EARTH than Spitfire Audio co-founder Paul Thomson. “There’s huge scope for you to get in and start making your own sounds with all this stuff,” says the working composer. “We are really excited about this one. It’s very useful, and it’s the kind of thing that we’ve been hankering after for a long time — especially Christian [Henson] and myself, who are always looking for some great, unusual synth sounds. The advantage of the way that we’ve put this library together is that you won’t hear the same sound that you’re using on your one-hundred-million-dollar blockbuster on the documentary about the lifecycle of the fruit fly the following day! So you can really dig in and create sounds that are your own signature in here.”

There you have it, then. An awesome-sounding collection of 1,900-plus basic instruments mangled into 1,001 custom patches across several so-called factory and artist ‘cartridges’ by Spitfire Audio’s award-winning team of composers, sound-smiths, producers, and engineers. eDNA (interface) and EDNA01 – EARTH (cartridges)… what a beautiful combination. Everything needed to take anyone ‘out there’ — and back to earth again!