The sound design software being used on all major Hollywood studios and top videogame companies adds new functionality with its 2.1 release.

Sound Particles is an immersive 3D CGI-like application for film, TV, VR and game audio production. Introduced in 2015, Sound Particles offers unique and efficient workflows, increasing creativity and reducing the time needed to create and record complex sounds in virtual 3D environments.
Since its release just over four years ago Sound Particles has helped sound professionals create unique effects on many Hollywood feature film releases, epic TV shows, and AAA videogames, including “Game of Thrones”, “Maleficent: Mistress of Evil”, “Ready Player One”, “Alita: Battle Angel”, “Assassin’s Creed: Origins”, among many others. Following the release of 2.0 earlier in 2019 Sound Particles 2.1 adds a
completely rewritten audio engine, batch processing, and increased track-based functionality, along with many more feature updates. This major release is available to download now, from Sound Particles or via your local professional audio reseller.

This follows the 2.0 update from February which included CGI Integration, Real-time Rendering, Binaural Monitoring, both macOS and Windows Support, Ambisonics and surround file import, and a number of new licensing models to suit all levels of user.
Sound Particles 2.1 introduces licensing options for everyone, from multiroom facilities and film productions, through to independent professionals and home audio enthusiasts. Access to these unique workflows and features is available through either monthly subscription, starting at $16.90 per month, or a one-off purchase, starting at $299. To celebrate this release, every product can be acquired with a discount of 30% during the following three weeks.
For further information, visit Sound Particles 2.1. 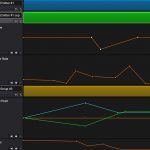 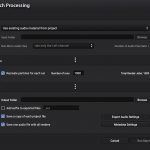 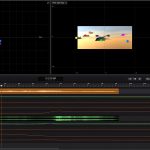 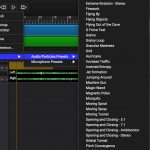 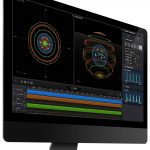