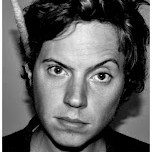 
Tell us a little about yourself and what you do for a living?

My name is Simon Porter. I write music for films, games, corporate videos, theatre productions, and generally anything else that needs music. I’m fairly new to this industry, having only decided to focus on composing full time in the last year – but I’ve been writing music in one way or another since I first started playing percussion 17 years ago.

I’m currently enjoying writing quite pretty, simple, subtle music. I think there’s a lot of big, bold stuff out there, which is great – but I’m happy catering for the opposite end of the spectrum at the moment. I also have something of a fascination for working with rhythm in its various forms, which I guess stems from my nature as a percussionist.

I work in Cubase and Reason via ReWire, on a PC, and I use Sound Forge for mastering and destructive editing. I have a modest collection of microphones and a growing ensemble of percussion instruments, which I usually aim to feature in my work whenever possible/appropriate.

I use Vienna Symphonic Library quite often, and Reason for drums and synths. I don’t have a huge range of sample libraries at the moment, but I quite like getting the most out of what little I have – it’s a good challenge!

I often find that my inspiration and productivity picks up momentum throughout the day, until it’s suddenly 3 in the morning and time to be calling it a night. I also tend to find that I have to get my body moving in order to get my mind moving – so I often go out for a run or a walk to start the cogs turning.

With films, I usually watch them through a couple of times without sound, and listen in my head to what I would imagine fits – much like you might picture a character or place when reading a book. I then loosely aim to put down on paper (by which I mean computer) what I’d imagined previously. I’m usually quite happy to let that stray from the original imagined idea, though – that’s usually the moment the interesting ideas come along!

I just try to be relaxed – excited and alert, but relaxed. I think it’s important not to try to force creativity if you’re struggling and stressing. I say it’s okay just to walk away sometimes and come back to it once you’ve calmed down. This can be a lot more difficult to do when deadlines are looming, but there’s no point beating yourself up over something and trying to force an idea if you’re just not in the right frame of mind.

I like working with artefacts that are by-products of a particular effect or process. For example, using the ‘Vibrato’ effect in Sound Forge to detune a sample leaves a series of very high-frequency clicks that you’d normally want to EQ out. For a score I’m currently working on, I decided to EQ out the original material instead, and boost the clicks. Once you’ve finished pitch-shifting and EQing them, and maybe added a bit of delay, you can end up with something that is quite compelling rhythmically, which can also sound surprisingly organic.

I don’t think there’s a single project that I haven’t learnt something from. A few months ago I was working on a film with quite a tight deadline, and in my sheer determination to meet that deadline and produce good music, in hindsight, I feel I ended up over-scoring the film a bit. It was only once the film had been finished that I realised that it could have done with a bit more breathing space. So I learnt from that project that even though a timeframe can be tough, it’s really important to have a plan, rather than just diving in.

There are two pieces of advice that were once given to me that I think are important to remember. The first is to practise. As a composer, there shouldn’t really be any time when you’re not composing – whether it’s working on a new project or writing for fun in downtime between jobs. You should always be working on something. But I’m talking long-term here. Of course, in the short term, you should take regular breaks!
The other piece of advice is that it’s not what you know, and it’s not who you know – it’s how much you persist. Having skill, talent, and good contacts is of course very important, but you’re not going to get anywhere without persistence – and a good bit of resilience thrown in for good measure!

In this interview, we talk to composer Brandon Roberts about his work on Unbroken: Path to Redemption - An unbelievable true story of Olympian and World War II hero Louis Zamperini. END_OF_DOCUMENT_TOKEN_TO_BE_REPLACED

In this interview, we talk to composer Kurt Oldman about his work on a SuperMansion series and also touch on his past work. END_OF_DOCUMENT_TOKEN_TO_BE_REPLACED

In this interview, we talk to Gaayatri Kaundinya about her work as a composer and singer on The Hundred Foot Journey, Jungle Book and Million Dollar Arm. END_OF_DOCUMENT_TOKEN_TO_BE_REPLACED