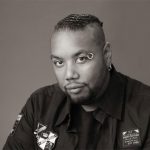 Hi Sebastian, thank you for taking time to do this interview. Tell us a little bit about yourself and how did you get your start as a composer?

My first project was working on a project for Warner Bros called Cartoon Monsoon, which was a part of an internet pilot program. I did the music to all of WB’s internet pilots for this program.

Meeting Ciro Nieli, the producer of Nickelodeon’s Teenage Mutant Ninja Turtles, was my first big opportunity. I met him standing in the Star Wars Phantom Menace line at Mann’s Chinese Theater. Four years later, he had his own show on Disney called Super Robot Monkey Team Hyperforce Go! and got me in on the audition for that. I got that job, and I guess that’s formally when I started as a composer.

As far as I remember, I always wanted to be a composer. The first time I even knew that it was a job, I wanted to be that. I was inspired by Return of the Jedi when I was seven. Especially that part when the music in John Williams’ score after Ackbar goes, “It’s a trap!” That kind of set me on my path doing music. I didn’t know what it was all about but I knew I wanted to be involved with it.

Were you influenced by the original score by Dennis C. Brown and Chuck Lorre when you scored the series?

Yes, I was inspired by their work. In Nickelodeon’s reincarnation of the series, for the music, a lot of it is very original but a huge amount of it is an homage to past versions. I listened to Dennis Brown’s score from the original series and John Du Prez from the movie or composers from the other series as far as inspiration for certain things. Yeah, those are the original shot-out shows, so I did want to somehow incorporate those vibes somehow in the music.

If I had to pick one I would probably say that John Du Prez stuff from the Ninja Turtles movie one and two. And I say those cause those are the ones that stick out the most musically in my head. Like I knew those scores as a kid, I would play them on my piano.

For someone who is starting out, what would you say is the most important thing to learn when scoring animation/cartoon series?

In animation, you have limitations like with facial expressions. So there’s a lot more that the music is let on to do in animation and cartoons. You really need the music to help lead the audience because without the facial cues or the body language, the music really adds something to it.

Also it’s a completely made up world entirely, so you know you want to really push it. It’s the things with sound effects too. Everything needs to be a little bit more to match the visuals as opposed to a live action show. The music is leaned on a little more in animation, and you actually see that played out in everything. Even in Pixar films, the music is very important is very important to the audience experience.

As far as starting out, I guess just learn the basics. That’s the most iimportant thing. Because when you go into animation and cartoons you don’t know what the director is going to ask for. So if you know the basics of music, like all the theory and everything, if someone says, “I want it to be like that part in Godzilla! That’s kind of what I want.” Then you can do that if you know the basics.

Leo, Mikey, Donny or Ralph? Why?

It’s Donny for me. Like if his life was different, he’d be like a Batman. Like if he was not a turtle and someone had killed his parents, but he’s so intelligent and resourceful. He reminds me of other characters I like like R2D2. Like he saved the day. Like Batman as a detective. He’s very versatile and awesome. And he’s kind of a dork like me too. 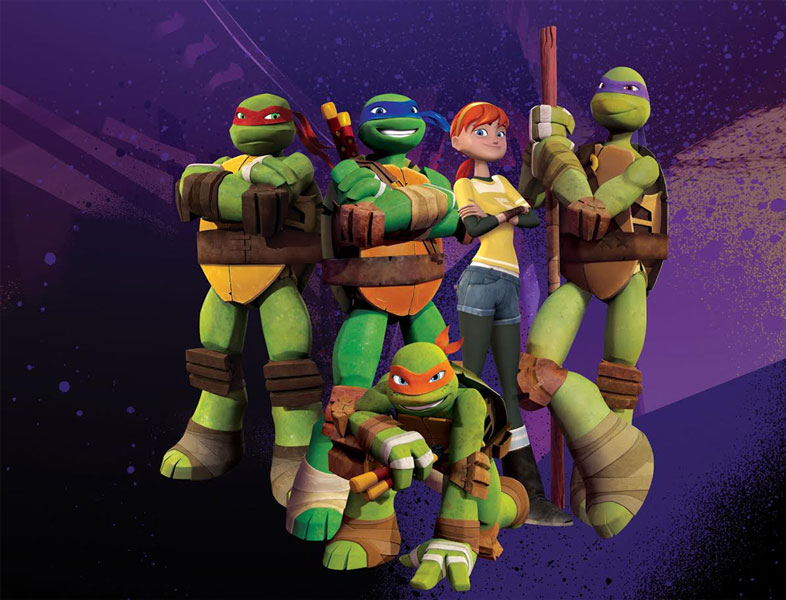 You have also scored the 2007 Transformers: Animated series. How did you get involved with the project and how did you approach the score?

Cartoon Network heard Super Robot and my music so they wanted to know if I wanted to take a stab at the Transformers series. They actually sent footage for me to score. They liked my work and chose me for it.

They were kind of doing a futuristic Detroit situation for the show. So that one was kind of a little bit more narrow approach to the music. I wanted to do basically what I thought the music in the future for Transformers in the Detroit area would sound like. So I basically took a lot of motifs that you would hear in motown music. Adding in an electronic and big band element to that — and there’s always going to be classical stuff to move episodes along. But, it got its base in motown/electronic situation.

Do the looks and styles of the world from Teenage Ninja Turtles and Transformers shows influence your music?

The suits in this Transformers was a little bit different than other incarnations of Transformers becase the look was a lot smoother. Like I know there’s one that came out awhile ago, the Transformers Rescue Bots, and that’s even more smooth. And I think that has a lot to do with the feeling of the show. So there’s a lot more opportunity for tenderness.

As far as Ninja Turtles, I’m not sure cause the turtles are CGI so that kind of gives you a middle ground between TV and a cinematic world, so that definitely influences the music. A lot.

I don’t know if this helps me but it definitely distracts me. It shuts my brain off. It’s building legos. I just love building legos and don’t stop. Yeah, like, sometimes your brain just has notes flying everywhere and you start losing context, so you need a way to shut your brain off. So that’s what I do with legos. And I’m able to come back to the music fresh.

I’ve always been into Apple, so I’m set up on a MacPro. I still use Cubase, even though I’ve cheated on Cubase and used like other things and ProTools. I’m partial to Universal Audio equipment in terms of the audio interface. I’ve been using that for the past three years. I always use an electronic keyboard. I really like the cord mini-switches in order to get things going, as far as switching different mini stuff.

I’m partial to Ibanez guitars. That’s kind of my go-to far. I’m kind of a keyboard/piano person actually, but I do play guitars, just not as well. Like 90% of the time I’m on the piano. Starting scoring with the piano. And then I kind of orchestrate it after. I usually go in pieces. Like say if I’m working on the first act, the first scene, I’ll flesh it out on the piano and then come back to it after I’m doing with the first act. And then sometimes I just know what I want to do so then I’ll start out with a string set and then orchestrate that into a full piece. So most of the time I start out with the piano as initial creativity.

Just Teenage Mutant Ninja Turtles right now. We are finishing up the fourth season of Turtles, but that’s enough.

Yeah, learn the basics and once you get work, get a team. I can’t stress that enough though. I mean, I’m kind of kidding but I’m serious. That learn the basics thing. Having that knowledge and palette at your disposal in order to show people, y’know, when you’re out there trying to get work. Being able to know the basics of music in general, like theory, is very helpful.

In this interview, we talk to composer Brandon Roberts about his work on Unbroken: Path to Redemption - An unbelievable true story of Olympian and World War II hero Louis Zamperini. END_OF_DOCUMENT_TOKEN_TO_BE_REPLACED

In this interview, we talk to composer Kurt Oldman about his work on a SuperMansion series and also touch on his past work. END_OF_DOCUMENT_TOKEN_TO_BE_REPLACED

In this interview, we talk to Gaayatri Kaundinya about her work as a composer and singer on The Hundred Foot Journey, Jungle Book and Million Dollar Arm. END_OF_DOCUMENT_TOKEN_TO_BE_REPLACED