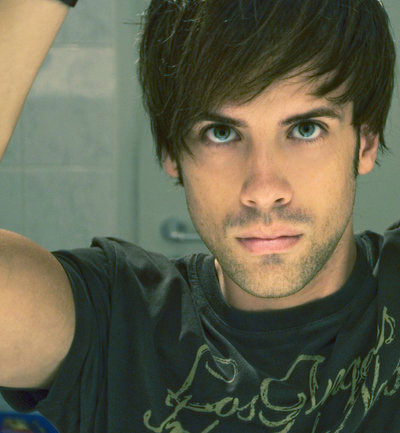 My name is Robin Hoffmann and I’m a full time composer, orchestrator and arranger, mostly for films but doing also a lot of concert work and crossover projects as well as game projects and commercials. I studied composition/arrangement at the music university in Dresden/Germany and have been a freelancer during that time already, getting hired for my first major feature film project at the age of 21. Since then I’ve worked with some of the best orchestras in Europe, including a recording of one of my concert works by the London Symphony Orchestra at Abbey Road.

I think my speciality is the focus on working with real orchestras and the experience I got from that. A few years ago, I consciously made the decision to work mainly on projects that allow me to hire a real orchestra. I never enjoyed using virtual instruments as I always was very quickly annoyed by the fact that you need to spend a lot of time to fiddle around with it until it sounds halfway decent and still then it doesn’t sound like the real deal. By now other composers ask me to help out on projects where they are working with a real orchestra and I’m getting a lot of requests to “enhance” music so it works with the orchestra. I just love the process of being in a studio hearing your music come to life and even though some of the projects pay less than what a virtual production would pay, I’m glad about the path I chose.

Due to the fact, that I’m hardly producing any music but just write it, my setup is quite small. Basically, my main work tool is Sibelius and any computer that can run it basically does the trick for me. Right now, I’m doing my work on a VAIO Notebook that I use as a sort of desktop computer when I’m working at home and still have everything on it when I’m travelling. However, I’m planning on buying a dedicated computer for the production side of things just to increase work speed when I need to produce. As DAW I’m using Pro Tools, not because I would use it as my first choice but because of the fact that basically all recording and mixing studios that I work with use that system.

Basically, I outsource most of the production and mixing things on most projects just because I want to be able to focus on the writing. Most of the production work I do is either very small mockups or preparing stuff to be layered on top of the orchestra. I really like the sound of the Hollywood Series by EastWest which is in general my go-to library even though the Play Engine is annoying. It’s a great library to give the real horns the epic edge etc, For woodwinds I’m using Berlin Woodwinds. I’m hosting everything within VEPro.

When I like the project that I’m working on. When I’m having fun with the project, I don’t really care whether I just worked 15 hours a day and just write music without thinking too much about it. Though the opposite happens as well. When I’m really annoyed by a project, I get really worn out already after a few hours and from there it becomes a real struggle.

For me, communication is key. Understanding what the customer wants and more importantly what he/she DOESN’T want is essential. Once that is settled, the work is usually really smooth. I usually write straight into an orchestral Sibelius template. I never separate composition from orchestration as in my opinion, knowing what instrument you write for also influences how you write for it. For example, I would write very differently for a French horn and a Clarinet even though both instruments are roughly in the same register. My writing approach usually is quite conceptual, basically knowing what I want to do in the piece but not having any concrete musical ideas yet before I start. After the work in Sibelius is done, the easiest way is going straight to orchestra. More often a mockup is needed which I do by importing a MIDI into DAW and or having someone helping me with that.

Not really. I never really understand all the big deal some people make about their creativity. I find being a composer is mainly a job like many others as well. You’re confronted with (musical) problems and you solve them, that’s what you get paid for. This business is no place for things “I can’t work today, I don’t feel inspired.” You need to deliver and need to find ways to make your creativity work when you need it.

Not really and “audio” creation technique but working with real musicians constantly results in something interesting. I would have never believed before I started working on a regular basis with orchestras how many important things are not mentioned in any books on orchestration that I sometimes painfully needed to learn. One thing I love doing which definitely results in something interesting all the time is to let good musicians improvise things. You could never write down properly what some musicians are playing on their instruments when they improvise. I love the creative input that I constantly get from working that way.

There’s a lesson to be learned on every project. One of my favourite ones is that I made the experience that directors like the feeling of having contributed something to the music even if they don’t really have anything to comment on on a specific cue etc. When I know about that and don’t want the director to mess around with my cue just for the sake of giving feedback, I usually put in something into the track that is more or less obviously not fitting which catches the attention of the director pointing that one out to be changed. In the end, he’s happy because he contributed something to the music and I’m happy because I got through with the cue the way I intended to.

Learn as much about music as you can. My personal approach is that if I’m working as a composer, I want to know everything I can about music. I love reading and studying music, even when it is way outside of what I’m doing. In my opinion, everything that you learn or realize will add to your subconscious voice as a composer. I’ve learned compositional techniques from music that is not even remotely related to film music and still I use them from time to time in my work. I love the fact that no matter how much you know about music, there’s always something new to discover, which is what keeps me motivated.

In this interview, we talk to composer Brandon Roberts about his work on Unbroken: Path to Redemption - An unbelievable true story of Olympian and World War II hero Louis Zamperini. END_OF_DOCUMENT_TOKEN_TO_BE_REPLACED

In this interview, we talk to composer Kurt Oldman about his work on a SuperMansion series and also touch on his past work. END_OF_DOCUMENT_TOKEN_TO_BE_REPLACED

In this interview, we talk to Gaayatri Kaundinya about her work as a composer and singer on The Hundred Foot Journey, Jungle Book and Million Dollar Arm. END_OF_DOCUMENT_TOKEN_TO_BE_REPLACED