Bridging the organic and digital worlds in the best tradition of previous Riot Audio instruments, PHONETIC is an innovative vocal morphing engine for Native Instrument’s Kontakt 6. It draws on a wide selection of single and dual phonemes (ah, eh, ba, la, vv etc) as a basis for musical sound design. Although technically a sample library, the architecture and resulting sounds are more reminiscent of a synth.

PHONETIC’s pulses, pads, keys and other sounds are not limited to the original performers’ ranges and are therefore playable across the entire keyboard range. PHONETIC is capable of a wide range of looping, whirling and gradually unfolding velvety soundscapes.

PHONETIC AT A GLANCE:

This layer contains sustained sibilant consonant sounds such as “ff”, “sh”, “vv” and others. The unique layer controls allow for controlling weight (amount of low-end body). 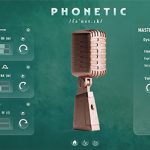 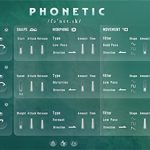