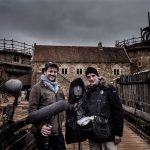 Find more about Cedric and Frederic @
Official website
Check out our interview with Frederic Devanlay here.

Hi Frederic and Cedric and thank you for doing this interview. I was very intrigued by your latest release Huge Hidden Passages. How did you come up with the idea for the library?

CD. We were already thinking about this collection when we did World of Secrets. In fact, when we recorded the elements for the secret objects and furniture, we realized that bigger elements would be made with raw smaller elements, pitched down, for some of them.

FD. Like for clothes you always have 3 sizes S, L and XL. We did the same ;-) Seriously, as Cedric said, it was in our mind from the beginning of WOS project. 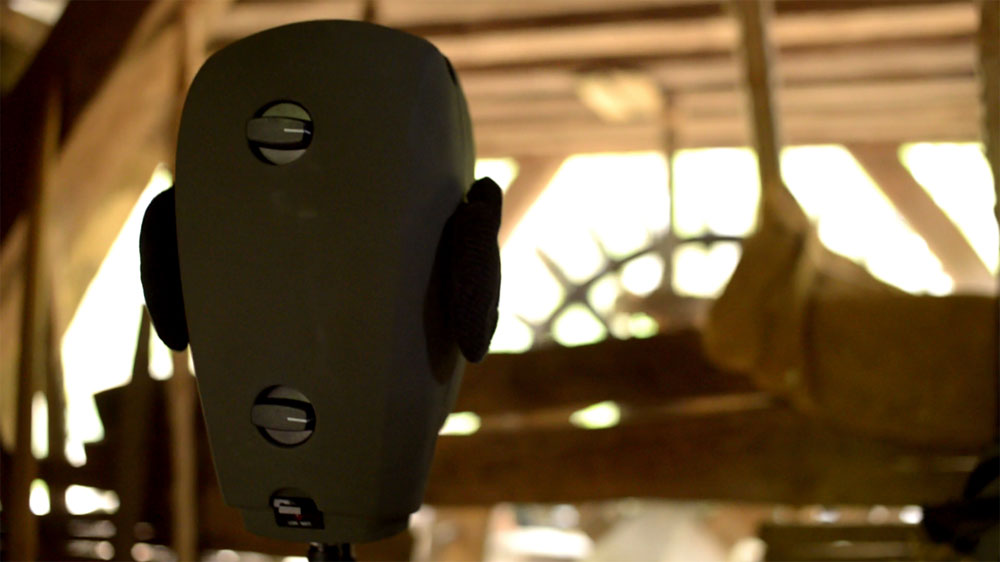 How much time did you spend making Huge Hidden Passages? Could you share more information about how you planned the library?

It took about 8 months to prepare the project, it represents a huge amount of work, especially for the toolbox. We had to come back to record again some times, because when you start to edit the designed elements, you realize that it needs some essential elements like mechanical devices, and if it misses to you, it misses for the user.

We used 4 main locations:
A giant warehouse which is in fact an industrial truck’s garage, where we found really big and heavy elements for scrapes, rolls, and hits. We had also the chance to record in a unique place called “Chateau de Guedelon”, which is in the middle of France and of nowhere, where crazy people have decided to build a 13th century Castle with the original tools and no modern way to assist them. We had heavy doors, timbers, giant stones, and an incredible watermill, which could be stopped for us, that meant big creaks and scrapes, and around, the silence was incredible!

A parking during a full night, we recorded a lot of things, trolley rolling, barrels, metal scrapes… We use the natural acoustic of the location to get next doors or hidden elements.

And finally, Fred’s house, and especially his garden, which is a goldmine to us, to pull big stones, scrape metal on his terrace, etc. (sorry Fred for the mess!). 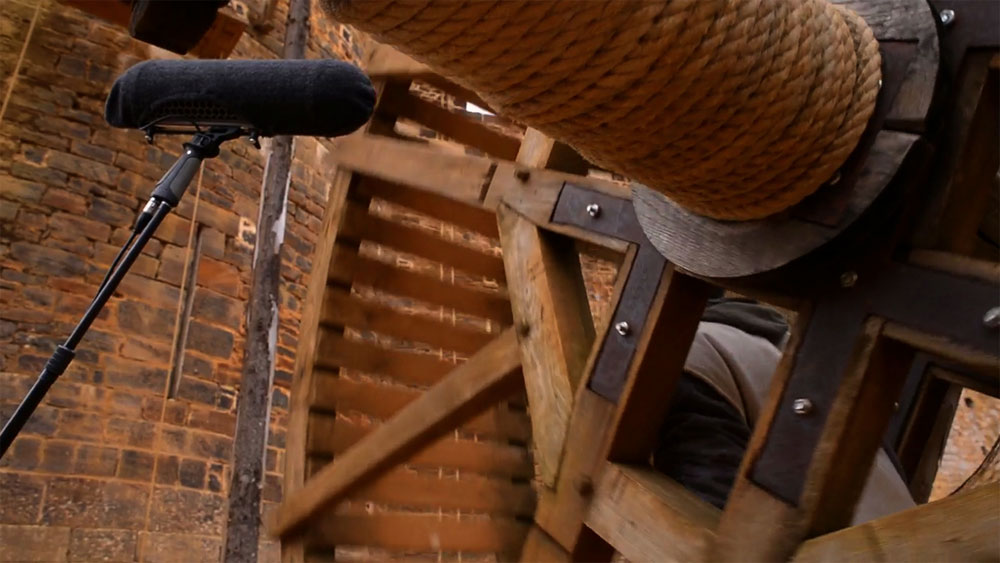 What kind of sounds can people find in the library?

As usual, we split the collection into designed elements and a big toolbox. We imagined that secret passages were often constructed as regular scripts: triggers, movements of walls, mechanical gearings, openings and closings, chains, rope, hatch, lock, scape, rolling… The users will find in the toolbox, different materials (wood, stone, and metal). We added debris layers with stones, dust, vegetation, to give reality of this old mechanisms when they are activated. 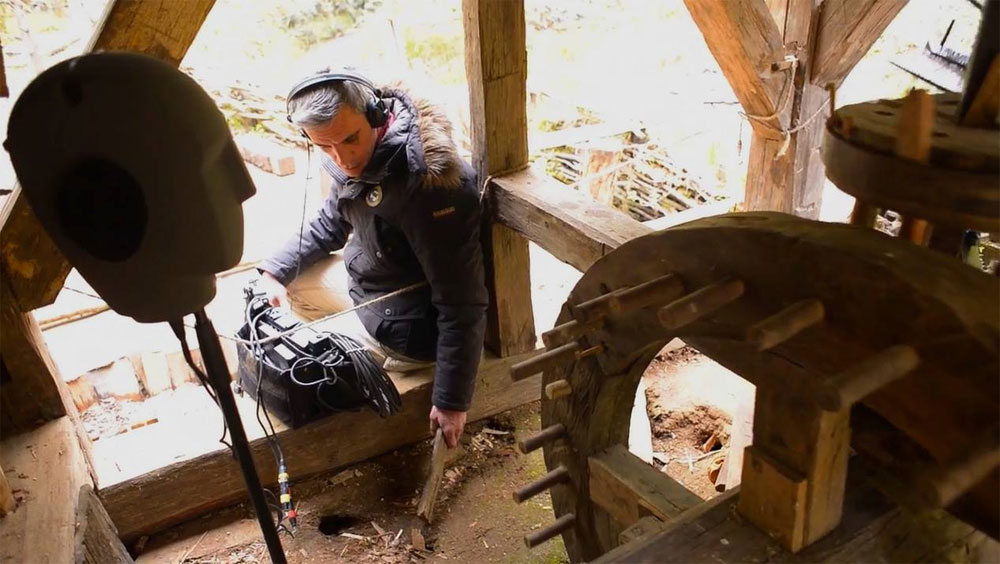 Could you share more about how and what mic techniques did you use?

We used contact mikes, and a mix of MS and XY couples. The main point was to be as close as possible to the material, and get some feeling of “enlarged monophonic objects”.

We always tried as possible to record from different angles aswell. We’re really carful at the release of the sounds, which his the toughest thing to get, but it brings airy and well finished sounds at the end! 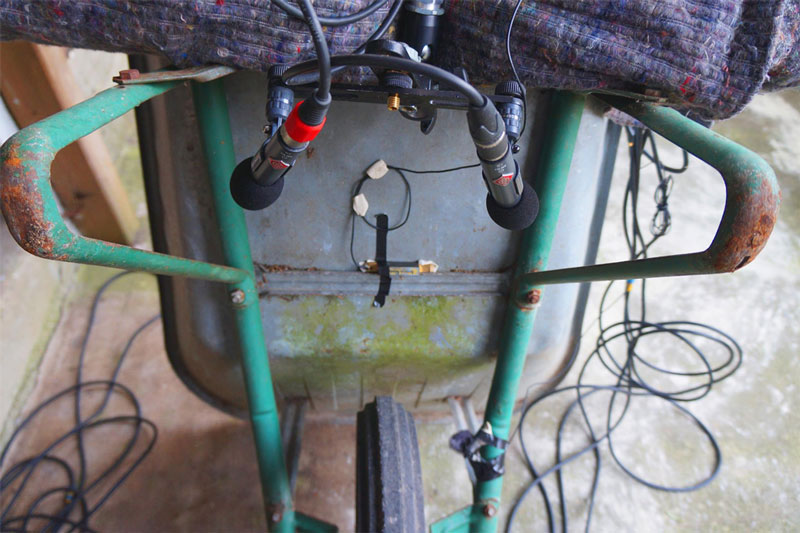 What do you consider to be best part of making the library?

Recording is always the best part of the job. Guedelon was a really terrific place, it was like a dive in a Middle Age time! The search of a location for recordings or find the good spots for the mics are exciting too. Thinking about what the users would find in the library, for a game, a film… 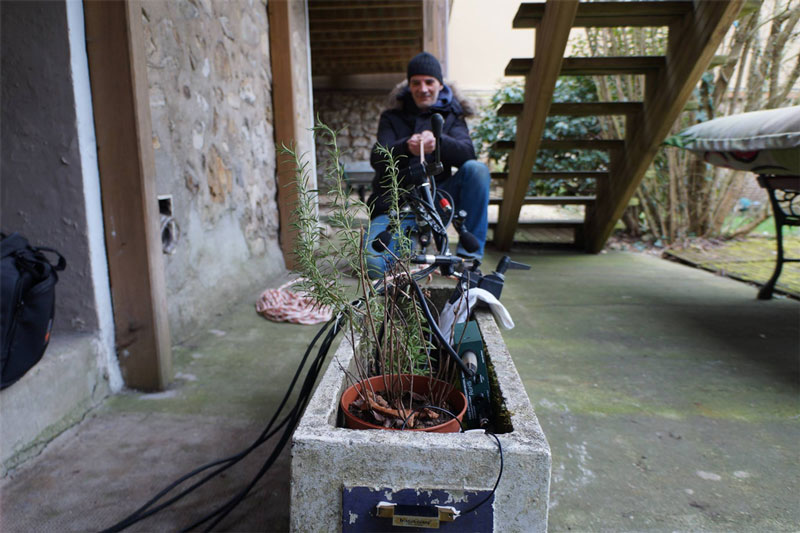 Do you have any special stories that happened during the recording process?

We never passed a night in a parking lot before, but using such a so big space, with no limitations of noise levels, was really… playful! And we did a race with trolleys!

What equipment did you use to record the sounds? 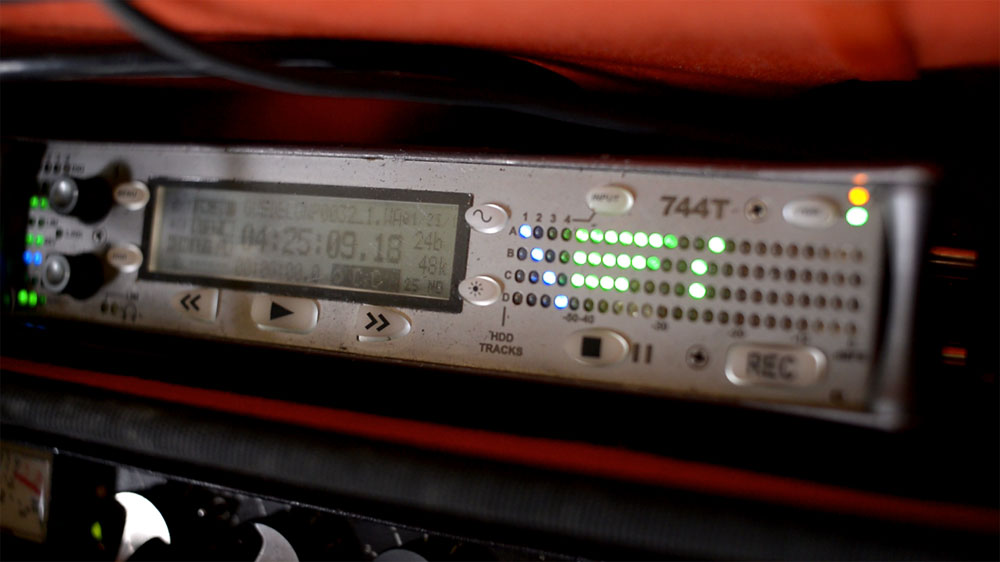 If you could share one thing that you learned during the whole process of making the library, what would it be?

First to find the good theme for a library and imagine what will be inside. Everything takes time. And the choices you’re doing are always leading to consume time. Each step has to be prepared. For example, naming the files, editing the metadata, needs to be discussed before, we need to think as a user, and how he would do his sounds request. It is challenging to imagine a library like that, because, everything starts with your imagination. Transforming it into reality means to deconstruct the sounds as a puzzle, to define which raw elements are inside. And fading correctly!…

What can we expect from you in the future?

We’re now in a very interesting period, because ambisonic brings sound to common borders, from VR Audio, to game sound, and oriented object mixing in movies. As some of our colleagues, we want to explore this format, with our common universe (game and movies), thinking always at the versatility of created sounds, and usability for the users. 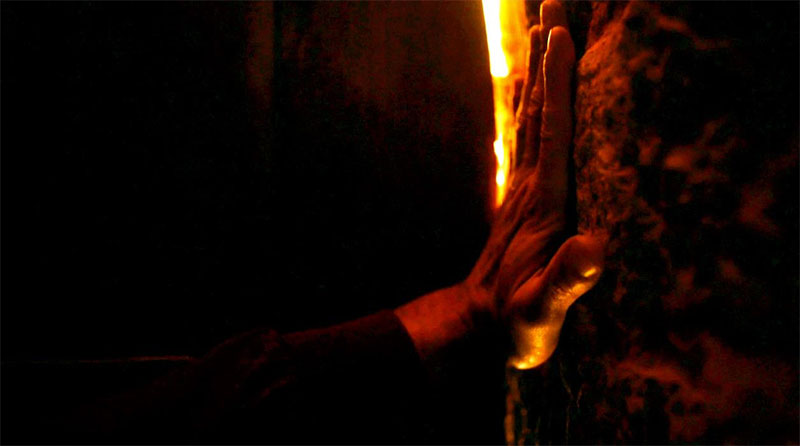