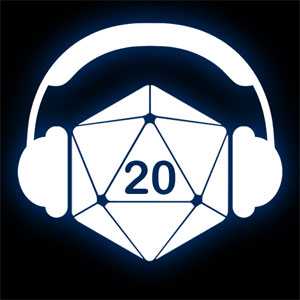 Please describe DMDJ and what kind of application is?

DMDJ is an iOS app that plays back environmental audio, in a non-repetitive way, mixing sound effects together with music tracks. DMDJ is a Digital Storyteller’s tool, boasting tools for creating and handling presets of dice and even making your own custom dice presets and linking their results with sound effects.

That sounds very interesting, how did you come up with that idea?

I was playing RPGs many years ago, the classics, D&D, etc; then one day we decided with a friend of mine to create a playlist of music to use in order to create a good atmosphere for our party. I was already into making sound effects for the demo scene back then, so I proposed to gather some effects and play them when needed. Needless to say, that the party was a huge success. From that day the thought of a Storyteller’s gadget was always in my mind.

So what are the special features that make DMDJ different from a playlist?

In order to immerse an audience with an audio experience, we need to avoid repetition of any stimuli. Psychoacoustics teaches us that the brain is an excellent pattern matching machine, so we need to create a non-repetitive experience. This is achieved by using a modern approach derived from interactive audio techniques, like the ones used in next-gen game audio engines published on the desktop gaming platforms.

Can you elaborate more on the technical aspect of non-repetitive audio experiences?

In order to create an authentic sounding environment and in the same time, to keep the file sizes short as needed for the mobile platforms, we need to separate every recording to two different parts. The first part is the noisy part; we can do that by using tools as the iZotope RX or other spectral cleaning filters. This will give us the noise fingerprint of each recorded environment. The second process, is the opposite one, we need to isolate the tonal parts, like bird chirps, wind gusts and other elements that can be recognized with tonality from our brain.

Then we proceed by separating the noise parts in 2-3 different frequency bands and put them together playing back, randomizing the volume of each band in time. Then we layer on top the tonal elements and we randomize their pitch, volume, playback speed and reverb mix, to create the sensation of reality, depth and no repetition. This creates a great environment that will always be experienced as the same, although it will never exactly repeat itself. At the same time it will be 10x or some times 50x smaller than a continuous loop that will eventually register as repetitive on the listeners brain and get the user out of the deep experience.

How is the community feedback?

As you understand we are the first to create such a tool on a mobile platform, so the feedback is vast. We have regular downloads from day one of the release and we receive mails every day since then, which I’m happy to reply personally. The feedback is great, people are happy and they tell us how much they wished for that type of application to appear on their mobile devices (currently iPhone, iPod and iPads supported). We receive great ideas, which we assess and develop and currently we work on a nice little feedback forum, for all of our users to interact with us and discuss all their beautiful ideas. DMDJ development is far from its end, we are testing so many new ideas and features, which will soon get to the next app updates.

Give us some info regarding the development team?

Blueface Games is the Games and Applications development brand of the company I founded 2 years ago, MediaFlake Ltd. In MediaFlake we have 3 different divisions; the first one is the B2B tools and technologies development, in which we develop, well, tools and technologies, heh, for the media creators. We are currently working on various algorithms for audio processing and soon we will release our first applications. On the second branch, the Blueface Games team, we create games and applications; our first one was “Retro Button”, which is a simple and free fun app for iOS, for the lovers of the 8bit sound effects era.

We also developed DMDJ based on an engine developed from the MediaFlake team (the PhiMix™, more on this on another article), and we are planning on releasing two more applications using this platform in the near future.

The third branch of my company is the audio content providing team currently named “PanozK Audio Development Team” and soon to be rebranded, in which we create sound effects and music for games and films, we also act as publishers for royalty-free content libraries, selling our own productions and soon some of other works, from sound designers and composers, right now under development. We also provide audio assets through other online stores such as the Unity Asset Store and other publishing channels.

The team consists of me as the founder and CEO and also head of R&D and Executive Producer, we have two programmers, 1 graphic designer, one animator, 3 composers, 2 sound designers and one marketing director. The rest are contractors hired on project-basis.

How can people find out more about your projects?

My projects can be found at www.bluefacegames.com, DMDJ can be fount on iTunes and the Audio Development Team at www.panozk.com and our products at www.panozk.com/store, the main company’s site is under construction but for future reference it’s at www.mediaflake.com.

What is next after this project?

We are working on two more applications based on the PhiMix™ Engine, at the same time we assess two games that we will start developing from the next year, both based on some ideas we are working on many years now, and based on our proprietary audio tools, so they will feature great audio for sure. We are also getting ready for a major rebranding of our content providers’ team, new content libraries through our channels and new ones we opened as publishers and some tools from our B2B branch. I’m also working on a new internet service for game audio, which will give independent studios and teams, the chance to feature great audio in good prices, in their productions.

Do you have any other words to add?

As an active educator for more than 12 years in the fields of interactive audio and audio engineering, and lately a software and media development company founder, I would like to shout out loud, to all of those out there, who are thinking of making something of their own: “Do It !!!” The best things in life are those you fight for. Keep up the good fight and stay tuned for more news. You can follow me on Twitter at www.twitter.com/panozk. Thank you all for your time, Cheers!

[author] [author_image timthumb=’on’]https://theaudiospotlight.com/wp-content/uploads/2012/08/PanozK_s.jpg[/author_image] [author_info]Panoz was born in Athens on the 9th of December, 1976. While still in elementary school he had his first contact with music through guitar playing. Moreover, he was interested in video games from a young age, not only as a gamer, but also as an amateur designer. Later, and as a hobby, he attempted his first game designs, learned how to use programming languages and eventually developed his own games and tools.[/author_info] [/author]
PanozK – Audio Producer, Sound Designer and Software Developer
Company: Blueface Games

You can also check out Blueface older app called Retro Button. The Retro Button brings back memories from your favorite old video games that thrilled many generations of gamers. Powered by PanozK’s Retro SFX collection and full of premium old-school sound effects, the button includes power ups, lasers, plasma guns, game overs, pick ups, jumps and many more 8-bit noises. The only thing you need to do is… to press the button.