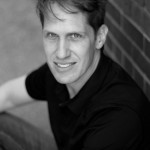 Tell us a little about yourself and what you do for a livng?

I am a field recordist currently based out of Toronto, Canada. I travel worldwide to capture sound effects for feature films, sound design clients, and for my own sound libraries, which I share at airbornesound.com.

I also write about field recording and sharing sound on my blog at creativefieldrecording.com. I launched that in 2011 to help people create cool, evocative sound and share it with others. I’ve also written a few books about those topics as well.

My latest project is the indie sound library search engine, soundeffectssearch.com. That was designed to help creators share their sound libraries, and to help sound pros find good collections.

You started your sound effect gathering passion in 1996 and still keep going strong. Where do you get your ideas for your libraries and how much has changed during the years when it comes to recording these sound effects?

I like recording any cool, evocative sound effects. I do find many of my libraries begin with sounds I am drawn to, such as the complex voices, texture, and power in high-performance machines like race cars, heavy construction vehicles, trains, and fighter jets.

I also like recording the unique sounds of other cities and countries. As a traveller, it’s a great challenge to find the “sonic soul” of a place: something that represents the people and the place through audio alone and take an “audio snapshot” of that moment of culture.

Other than that, I find my ideas from what people want. I listen to what sound pros feel are miss-ing and aim to deliver what they need. When there isn’t a particular sound request to capture, I usually try to record something that’s evocative or different, or sometimes rare or difficult to access sounds.

The industry has changed quite a bit since I began recording. I originally began capturing clips on a Sony TCD–100 DAT recorder. Now gear is cheaper, better, and far more accessible. Software plays a larger role, such as with tools like iZotope RX and the Soundminer sound searching software/metadata app.

Can you give us a brief summary of the equipment, software and plug-ins you use regularly in the studio and in the field?

I try to keep my equipment as minimal as possible. That helps me respond to sound effects more quickly on location. While my I have a handful of microphones and recorders, my main kit is a Neumann RSM 191-i microphone and a Sound Devices 722 recorder. I chose that mostly for its multiple pattern flexibility, depth of field, and sound stage.

In the studio I edit with Pro Tools using a variety of typical plug-ins (Waves, Altiverb, etc). I use iZotope RX 4 Advanced to help repair tricky sound effects, and I organize my sound library of 25,000 clips with Soundminer v4 Pro.

You have written books about field recording and sharing / selling your sounds in the internet. Can you tell a bit more about these books and what can our readers expect to get out of them?

After a year of posting on creativefieldrecording.com, I found that readers were curious about the same questions. So, I wrote the books to help answer them.

Field Recording: From Research to Wrap was designed to introduce beginners to the craft of capturing sound clips beyond the studio. It walks people new to audio recording through a field recording session, and helps them solve problems they may experience.

Of course, sound clips are only valuable if they’re actually used and shared. So, my other two books explain how create a sound library and share them with others. Selling Creative Sound describes how to build an evocative sound library with your own personal imprint and share it from the best shops on the Web. Sharing Sound Online takes that idea to the next step: it explains how to build an independent sound effects bundle and share it from your own Web store.

When do you find you are most creative? Are there any particular secrets to your creativity?

One trick I use to inject creativity into any field recording is to use what I call “sound effects projection.” I imagine the subject’s motivations, or what it is feeling, and try to highlight that in the audio. That adds more flavour to a technical, “scientific” recording, and makes it more fun to record, too.

Inanimate subjects like metal, rocks, or glass don’t feel, of course. So, instead I “inject emotion” into the recording. I’ll perform the prop with a certain mood. Sometimes I imagine a character in a film acting a certain way, and try to mirror that in the performance.

It’s not easy thinking of inanimate subjects in terms of emotion. So, I use Robert Plutchik’s “Wheel of Emotions” or Dr. Gloria Willcox’s “The Feeling Wheel” as tools to think about how I can apply an emotion to a sound, or interpret the emotion a sound is creating, or what a subject is feeling. Embedding emotion in field recordings goes a long way to make them valuable and unique.

You have worked as a field recordist on several feature films e.g. Million Dollar Baby, Invincible, Pompeii etc. What was your regular day like in these feature film projects? Any special stories that you could share?

The interesting thing about recording for films is that every project is radically different. Much of this has to do with the subject I had to capture. So, the typical day would vary greatly. Of course, it would include the steps you’d imagine: research, gear prep, set up, review, documentation, backup, and so on.

Some field recording shoots were organized and fairly structured, such as with Batman Begins, and Pompeii. Most of the time, though, the routine is less predictable because the clips demand unconventional techniques. Often when people see microphones they will clam up or alter their performances. So, I prefer using stealth field recording. That helps me “vanish” from the location and captures more authentic performances. So, in those cases my daily tasks involved scouting a location and finding a way to access a sound. Once the location is locked down, I’d vary the perspectives and positions to give the editing crew as wide a selection of material as possible, all while remaining unnoticed.

One of my first projects was recording for a Canadian film called New Waterford Girl. That took place in an area of eastern Canada with a distinctive accent that just wasn’t available in sound libraries at the time. I visited Nova Scotia and recorded the sound of the people, the town, and other atmospheres. That was my first lesson that, like making a great feast, using fresh ingredients that are the right match always make a project stronger, and more fun to work on, too. I think that’s also one reason why all the indie community sound libraries are doing so well.
Later, I has hired by the Sound Dogs LA to record boxing crowds for Ali. Unfortunately, media credentials were not available to record the boxing fights. So, I had to improvise by using stealth field recording for the first time. Because I was invisible to the fans around me, they performed more naturally, and I captured especially fierce takes of the signature “Ali Bomaye” chant. That impressed upon me that stealth recording is the best way to capture the most authentic perfor-mances.

Those are just two examples. In fact, every project has shown me a different way to see sound effects, learn something new about how they’re used, and about the sound pros that need them.

What are your plans for the future?

Well, I’d like to continue posting articles about field recording and sharing sound on the Creative Field Recording blog.

I plan to spend the summer and fall recording new sound effects. I have a long, optimistic list. I recorded the F1 in Montréal and the IndyCar race in Toronto a few months ago. I’d like to record more racing events around Ontario. I also have plans to record summer festival crowds. I am QC’ing two sound libraries right now: a military and also a vehicle collection. I plan to release these on Airborne Sound in the fall.

Any tips, hints or motivational speeches for the read-ers?

While field recording and sound design are framed by equipment and technical skill, they aren’t merely mechanical crafts. In fact, the best sound effects include emotion, personality, and meaning. That doesn’t come from the equipment. Instead, it comes from the person behind the plug-ins or who is holding the microphone. That’s why I believe each sound designer and field recordist has great potential to contribute something unique and valuable to the pro audio community. So I would encourage every sound pro to begin creating and sharing sound.

There is a great need for evocative, inspiring sound. Sound designers, editors, and engineers all are eagerly looking for new creations that only you will provide.