I was quite surprised how the movie Does love lasts forever? masked hearing test inside the movie and wanted to know more about how sound designer Kathleen Burrows created the sound for the movie. Below is the full interview.

Hi Kathleen and thank you for doing this interview. Let’s start by introducing yourself and telling us how you got involved with the project?

My name is Kathleen Burrows. I’m the Sound Designer at Noise International, a boutique music and sound house in Sydney. We were approached by CHE Proximity with the idea of doing a hearing test in a non-conventional way. We advised them on ways their idea would and wouldn’t work, discussing frequencies and how people with hearing loss hear and manage their life around their hearing loss. 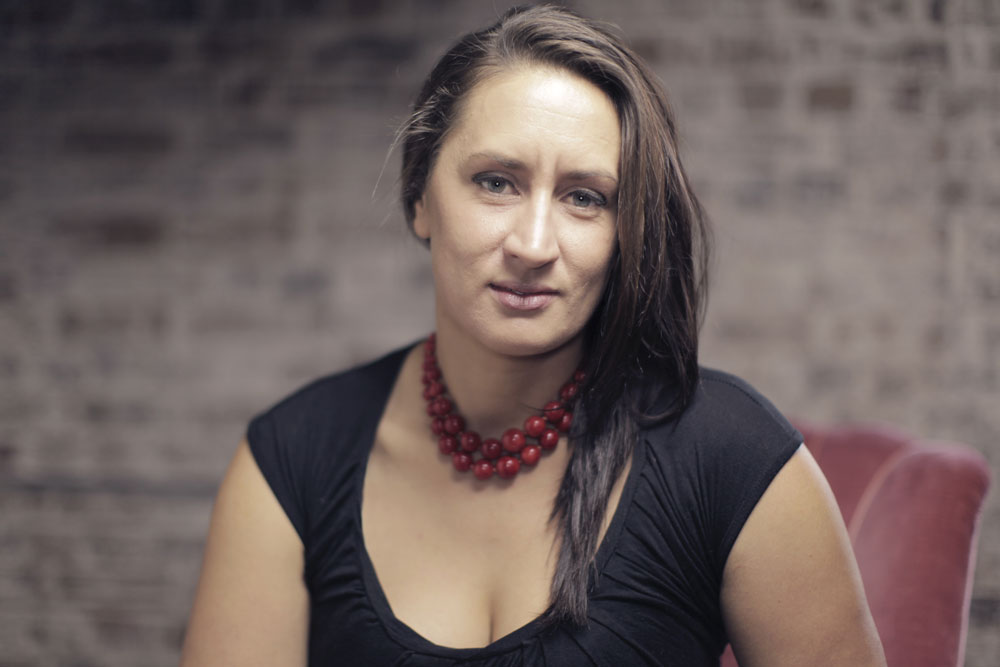 Could you tell us more about the process of masking a hearing test inside the movie?

An incredibly important part of this process was to understand hearing loss and the daily struggles are of a person with hearing loss.

Gaining access to audiograms of patients that showed us the frequency curve of their hearing loss at different stages (they group them into mild, moderate and severe), and being able to create an emulation of these levels of hearing loss was key to the success of this project. At several stages throughout the process of creating this film, we also tested the film on people with hearing loss, of many different levels. It was incredibly interesting hearing all their stories.

Another important part of the process was working with the script writer and advising him about the frequencies of dialogue that are often a struggle for people with hearing loss to hear (e.g words with T, S and F) . This, along with location and story element ideas meant I could incorporate atmos and frequency manipulated sfx to create the hearing test sound track.

At mixing stage, I set normal hearing as 0db at my stereo bus. Then using EQ & filter plugins, I could create the frequency and dB deficit of people with hearing loss to reference throughout the mixing process. When mixing the film, one of the ‘tricks’ was having the film start in a normal film context. Clean dialogue, normal/predictable soundscape, and edited like a film would normally be. This drew people into the story without being distracted by unusual sound elements. Then as the story progressed, we needed it to become more challenging for the viewers with hearing loss. 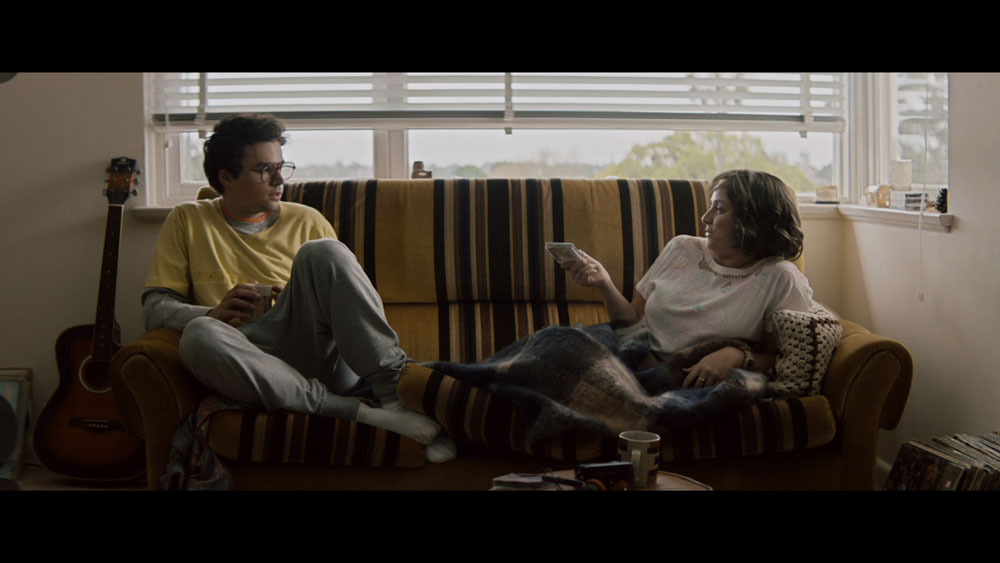 What obstacles did you encounter during the making of the film?

One of the main obstacles was taking elements in life that interfere with the ability of people with hearing loss to hear conversations and dialogue, and creating a mix that would affect all types of hearing loss, across all platforms of media (cinema, tv, headphones, laptop, phone etc..). I needed to take into account the frequency range of speakers and headphones, and also the way people listen to content.

For me, the real obstacle was letting go of the concept of a typical film soundtrack, and embracing the purpose of this project… to create a piece that will raise awareness around hearing loss in Australia. 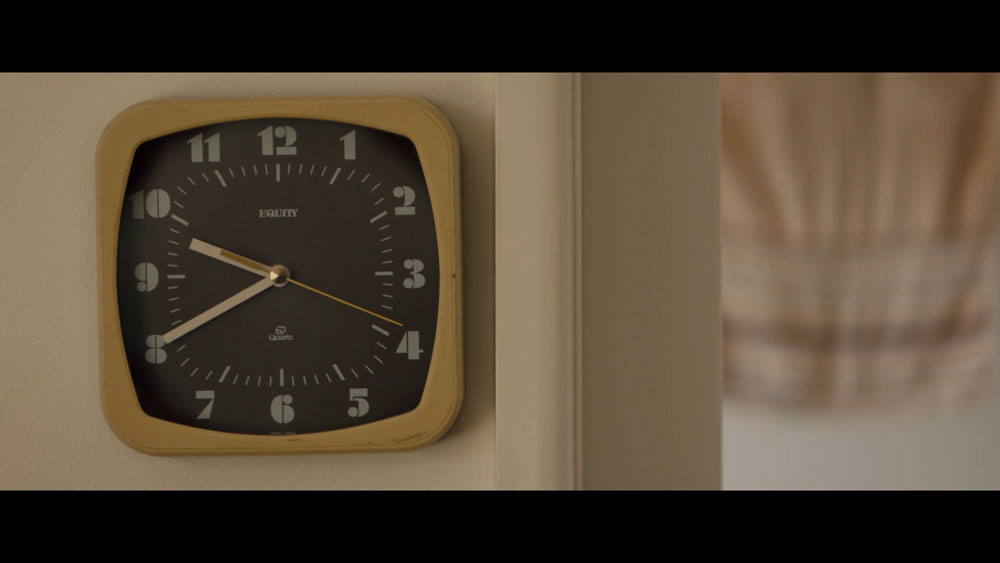 How can one interpret the two different endings? What can we learn from the each ending of the movie?

As the film progresses, it’s not only the sound that becomes challenging.

As a person loses their hearing – and because it is generally such a gradual process – they tend to reach for and rely on other elements to maintain their ability to communicate. For example, lip reading and facial expressions. So, along with manipulating the sound, we also gradually altered the way the film was edited. Taking away the ability to lip read, and leaving in potentially misleading expressions, so that if the viewer couldn’t hear the dialogue, they would miss the messaging and in turn, miss out on the true ending to the story.

In short, if the viewer can’t comprehend the dialogue, they miss the information that would lead them to think the characters are still in love. If the viewer has good hearing, they would know that love was not lost.

Let’s talk hardware for a bit. What equipment did you use and why?

All my work is done on a Pro Tool 11HD system. Sound design and mixing.

To complete this project, specific plugins weren’t quite as important, as long as I had really good EQ’s/filters and a very accurate frequency analyzer to put at the end of the stereo bus.

This allowed me to monitor the mix to match each emulation I created that mimicked different hearing loss stages. 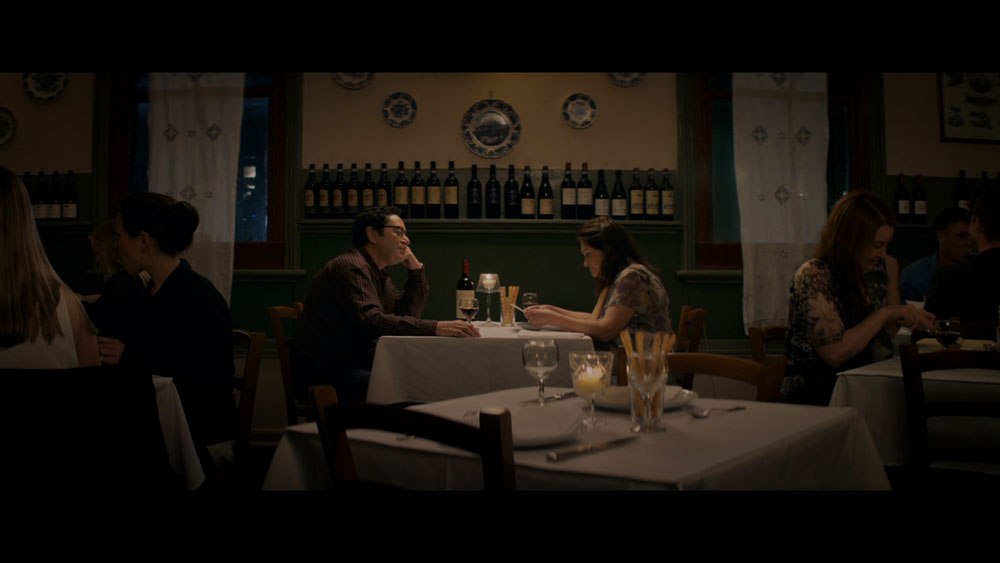 Could you share more information about recording sound and foley?

The way I designed the sound and foley was very much the same as creating a sound track for a normal film. The main differences were that as the film progresses (particularly scenes 3 and 4) the blend of sfx to dialogue changes dramatically. Almost like altering the balance of noise floor to dialogue ratio. And the addition of interruptive sounds as confusion elements, covering parts of dialogue that needed to be hidden from people with hearing loss, completed the soundscape to make for a very full mix. And then sound effects were EQ’d to dominate the part of the frequency range that people with hearing loss have left, clouding the dialogue and making it difficult for them to comprehend, while still being audible to people with good hearing.

Where can people take the test and why do you think it is important?

To see the film, go to: http://doeslovelastforever.com/

There is also a short case study video on there.

I also suggest you check out the other hearing tests on this site. They are a little more like traditional hearing tests, but we’ve used everyday elements/objects as the sound subjects, not just frequency tones.

Is there anything readers can do to support you?

Since working on this project and meeting so many people with hearing loss throughout the testing process, I find myself being really passionate about this subject. People are missing out on important moments in life. Retreating, avoiding certain events or activities… all because of their hearing loss.

So I highly recommend that everyone send this onto their friends and family to do the test. You’d be surprised how many people are coping with a hearing loss and don’t know it.