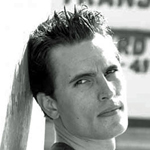 I’m the founder and co-owner of Soundiron, a professional sample-based virtual instrument developer that specializes on high quality sample libraries for composers, songwriters and sound designers for film, television, video games, multimedia and the recording arts. We conceive, design, produce, record, edit, program, publish and distribute a wide variety of products covering just about any genre of musical instruments you could think of, including symphonic choirs, ensemble and solo drums, grand and upright pianos, stringed instruments, tuned percussion, ethnic sounds, atmopsheres, scoring effects, hand-built custom creations and more. We basically work 7 days a week seeking out, recording and building new instruments. We work as a small, tightly-knit team and nobody really runs the show. We collaborate on all of the various production duties that come up on a day-to-day basis. If anything, I tend to specialize in production planning, sound design, features planning, PR, marketing, 3rd party relations and general day-to-day business operations and strategy.

I’d say there are really just a few things I do especially well that have given us a pretty significant advantage. One, I can really focus and work extremely quickly to record, edit and program huge blocks of content very quickly and with a high degree of precision. I work fast without sacrificing attention to even the tiniest detail. “The Machine” is a nickname that some colleagues have used over the years. I’d say that’s fair.

I’ve also got a gift for placing microphones in a way that grabs the body, tone and detail in a sound. The less you care about any textbook notion of how recording “should” be done and the more you simply listen, the better things tend to sound. It’s important to work with the physics of sound by never forget that the end result has to feel and sound pleasing, regardless of the rules you might have to break to get it.

I also think of all sound as inherently musical and emotionally and aesthetically charged. It allows me to carve musical instruments out of sound sources that others miss. Everything has musical potential to my ears. Every sound can convey a feeling or idea that people will naturally understand and feel, through our common experiences, social ideals and raw instincts. My passion is in finding, manipulating and presenting that emotional potential as a living, breathing and fully playable work of art. What that really means is that I don’t start out with preconceived notions of what is and isn’t technically “correct” or physically possible for any given instrument. That bears fruit in our more experimental products and it also elevates the way we work to expand the flexibility and functionality of our mainstream instruments. It’s important to present an instrument with the ability to achieve realism, but it’s equally important to also capture the soul of that instrument and expand it with functionality that really opens the doors to complete creative freedom.

It really depends on the subject matter and location I’m working with, I prefer Neumann transformerless large diaphragm mics in the TLM series, Sanken and DPA stereo and surround mics and Sound Devices solid state recorders. It’s important that we capture the natural sound of the instrument, so we usually avoid gear that overly colors the sound. I also really like Sony handheld recorders for on-the-fly recording. They sound great, have incredible battery life and are built like tanks, so I always have one with me. The best gear is not always the most expensive.

We rely heavily on Sony Vegas and Sound Forge for editing and mixing. Fab Filter is personally my favorite plugin developer by far, for both mastering and effects. I’m always looking for new tools to check out, but in addition to sounding great, it has to be easy to incorporate into my work-flow and run reliably.

Any time between 3pm and midnight.

We create instruments and sound design tools for the pros who make the audio and music for games, films, television, trailers and other media, so we try to take a big picture view in shaping sounds that have the widest possible range of applications and creative potential. That means taking common instruments and sounds and turning them on their head with unexpected control functionality and radically manipulating the source material to come up with the accompanying ambiences and textural FX elements we include with many of our libraries. That often means using our imagination freely when we’re actually recording to think of articulations and the kinds of sounds we want to get above and beyond the basic necessities so that we have a lot of raw material to work with toward that larger goal. The create process during post production is an iterative one, with lots of listening and trial and error to steer and shape sounds into new directions or to figure out ways to make instruments feel more responsive, dynamic and really playable as we’re constructing them. We’re usually always in a state of constant surprise by our own results because we try to approach each instrument or sound design project with an open mind and a blank slate. We just start with a general goal and just start running in that direction. If the material pulls us in new directions, we follow it. We always have and it has always worked for us.

Learn first by trying, rather than reading. There’s always time to read on the toilet, so keep it out of the studio. Don’t be afraid to try things that seem like nonsense. And if something sounds good, that’s good enough. It doesn’t matter in the slightest if you went about doing it the “correct” way. Don’t be afraid to break things and actively seek new problems to solve. Nothing in the world breeds creativity like a problem can.

I can’t delve too far into our day to day sample development secrets, but I’ve gotten obsessed recently with doing custom convolutions of everything lately. Depending on where we’re at and what my goal is, the impulse source can be a loudspeaker sine sweep, gunshot or even pretty much any transient sound if I’m after something with a distinct character. You can convolve a place or a thing using the same methods to grab its obvious or hidden acoustic characteristics. For example, Toilet bowls make great drum chambers.

And back when we were doing video game sound design primarily, when it was critical to achieve the smallest possible memory footprint while sacrificing the least amount of fidelity and variety, we often found that chopping out small pieces of sound effects or cutting them into pieces and then re-assembling and cross-fading them back together allowed us to shrink the sound without resorting to down-samplng. The flow and feel of the sound wasn’t changed. It just happened faster. This was especially vital for things that had elements that couldn’t be sacrificed or smashed down, like the initial punch of a gunshot or explosion. If something had a reverb tail or natural decay to it that we needed to preserve, we’d splice and “accordionize” that segment down too by hand rather than just cutting it off at the end and fading it down early or living with the often warbling and unnatural results of time-compression effects.

That might sound fairly obvious and is basically how time-compression tools work, but in doing it by hand, we were able to avoid the common artifacts that occur when you do it algorithmically and preserve the essential realism and character of a sound far, far more accurately. Your listeners are people, so trying to get a computer to make those hard choices for you is a recipe for failure. Active listening and decision making are the key to optimizing content, as time consuming and tedious as it may be.

Ignore your teachers the second you’re out of the classroom. You came into it ignorant and open minded, so make sure you leave that way. You’re just there to learn a couple of fancy words, memorize a couple of shortcuts and explore with expensive gear and nice rooms. Don’t presume that a formal education will make you good at anything.

Just try everything, and do it the wrong way as often as possible. Trust your ears first, math and theory last. And most important, you’ve got to put in the hours. Don’t worry about a moment of genius, worry about the long haul and your body of work. Practice and experiment constantly. Assume you did it wrong and assume that you can do it better. Look for the flaws in your results, rather than gloating in the successes.

Listen to everything around you and memorize the sounds of the physical world. Always have a recorder and camera with you. Think about how and why things behave the way they do. And you better really like putting in long hours, because you’re going to be putting in some really fucking long hours if you want to make sound and music for a living.