Anyone who has worked, in any capacity, on a film, TV, advertising or trailer project they feel has been notably enriched by the music or sound, is invited to enter.

This global competition will, for a 7th year, showcase and celebrate both established and emerging talent from the world of media music and sound. Awards for best original composition, sound design, sync, re-records and use of production music in film (features + shorts), TV, Trailers and Advertising will be presented.

Entry details and competition rules can be found on the awards site, below.

•      ELIGIBILITY WINDOW: work must have been first broadcast or released, with client approval, or completed, in the case of short films, between April 1st 2017 and March 31st 2018.

•       SUBMISSIONS can be made via the awards site below 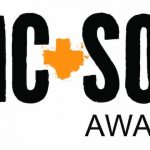