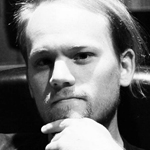 My name is Joonas Turner and I am a video game sound designer from Helsinki, Finland. Some games that I have worked on are BADLAND by Frogmind Games, Nuclear Throne by Vlambeer, Broforce by Free Lives, The Swapper by Facepalm Games and Turbo Dismount by Secret Exit. I work at E-Studio which is a well known sound studio in Pitäjänmäki Helsinki, it is mostly known for its’ musical roots but these days I have brought my video game related projects over there as the studio is more than well fitted for game orientated work. Right now we’re finishing off my first own proper Foley room/space which means I can get loud and messy over there, wohoo!

Also working in a studio of this size I can also be hired to work on bigger music sessions as our main live room can fit bigger sessions in it and we have top of the line equipment to capture music in any way intended.

Hmmm that is a tough question to answer as I don’t feel like I’m doing anything specially different from other professionals from a technical standpoint. Of course as a designer my designs come from how I hear/see things and people tend to hear/see things a bit differently referring to their own tastes and opinions and experiences. Maybe one thing that I would like to note is that I don’t enjoy using ready made sound libraries at all, I always prefer to record my own sounds as I’m a firm believer that a game that sounds original is always better than one that has sounds in it that we’ve heard a million times before, at least to me. Also maybe I just love hearing the stories that other recordists / designers have to tell me, heh!

Oh maybe one other thing here is I also do a lot of voice acting which means pretty much that for monsters and stuff I like to create the sounds myself as I can try to get the sound from my head into “tape” without bothering anyone too much so I have time to experiment and nail stuff!

For sound effects nowadays I’ve been enjoying Sennheiser MKH60 microphones a lot for recording all manners of sounds both in the field and inside the studio. They capture transients really nicely and are really quiet and have that really nice consistent low/low-mid presence that I like a lot. In the field I run them through my Sound Devices 744T which is pretty neutral I guess and really handy to carry around. In the studio I run them (usually) either through a SSL VHD Pre or the 744T into Pro Tools. The SSL VHD has a cool harmonics knob on it that I like to apply a lot of, distortion is my friend pretty much!

For voice acting I like to use Neumann U89 microphones through the SSL VHD Pre into Pro Tools, I must say that nothing has really struck to me as a vocal mic quite like the U89 and for some reason I always end up putting it in the hyper cardioid pattern, all the gurgles from the throat are welcome!

This is going to sound fun, I actually don’t enjoy using plug-ins but pretty much my go-to plugs are Pro Tools own plug-ins like the 7band EQ, Maxim, vari-fi etc, I am looking in to get a proper pitch shift plug-in but they seem to be really hard to find so I end up routing stuff through my iPad/Beatmaker2 every now and then (which technically should be bad quality but sounds better than most DAW’s/Plugins I’ve heard have to offer…), but that said I do end up using Pro Tools’ own pitch shifting abilities a lot as well when they work!

Outside of Pro Tools own plug-ins I like to apply the Waves Kramer MPX and Massey L2007 limiter on the master bus quite a bit!

Starting a project when your creative juices are flowing and you get to bring your designs to life the very first time. That is the time I feel like I’m the most creative, just churning out content from my design documents!

At first, initial meet ups be it Skype or meeting live, just going through what we are doing and trying to gather all the possible documents I need to get my brain working like concept art, any gameplay footage, ideas etc. Then I like to plan on paper how the game will sound, at first I try to find a style that I want to start aiming for and when I’ve got an idea down for that I will start designing all the various elements, usually starting from either action based sounds or atmospheres to get the general feel down. During this time I also start gathering all kinds of various items/locations/sound sources that make sounds that fit the designs and then start recording them.

I don’t really want to save mixing to the end (although sometimes that just is the case), I like to mix sounds already when we first start putting stuff inside the game so that there’s a decent sense of what’s happening already during play testing the sounds, I also like to hold on sounds even if they don’t work in the game for sometime to get a feel of why they don’t work or will they eventually start working in which case I start breaking it down to “why it works” or “why doesn’t it work”.

Importance here is to keep everything sounding consistent, usually by this I mean using the same gear that I’ve chosen to use and edit everything in a similar fashion so the game feels sonically in the same level through out the experience.

As a sound designer I am really visual, I always want to see the things I’m going to do sounds for to get an idea how to make that particular visual design alive by sound design, collaborations like that are fun :)

I try not to be too overly technical about stuff, rather just enabling my creative self to try stuff and not be too afraid to fail. I’m also not afraid to ask people how they’ve achieved stuff that I’ve been wondering about. When it comes to playing games or watching movies I think I have pretty decent ears to hearing different layers and I think that’s an important aspect of any sound designer to train, just listening to sounds and wondering what different elements do you hear in that specific sound, be it footsteps or magic spells or menu clicks and why are they there and how/why they work in context.

When I create sounds one of my main thoughts is always locked on the PUNCH of the sound, how punchy should a sound be and how can I make all the punches feel similar through out the experience. This was a semi-accident back some time ago, I started using similar settings or separate punch-layer-sounds to create punch to each sound per project and when I had that same punchyness per every sound in that same game the game just felt consistent and subconsciously predictable/alive as in “okay when that rock fell and made a punchy sound it kinda felt just like those branches that I bumped into, therefore these are all happening in the same world” AND if I abused that sense of ‘similar punch’ with something that had a different punch-like-quality I could create emphasis on stuff that needed special attention without altering the overall feel that much. For me at least that is pretty interesting, but beware, the human brain is a clever beast in picking up on these things!

On BADLAND a lot of the sounds were made to be multi-purpose for in-game layering. I would create machinery and other sounds so that they worked in various ways pitched up or down so we could create sounds for objects and events in-game easily and we had a lot of level based cue/layer sounds. In example let’s say a giant gear drops down, it would play a generic clank metal impact sound upon hitting the ground by itself but there would also be triggers launching sounds of more metal parts colliding and earth shattering to create more drama and maybe a whoosh on the way down and a metal break sound for when it initially broke off. In this example the only tied sound to the object would have been the basic impact sound of the gear hitting the ground and for the triggered layers all the other sounds were selected from the ‘general use’ bank. This only doesn’t make a (especially mobile) game feel like it has crazy amounts of sounds and content but it also saves a LOT of space and makes creation of in-game events and objects really fast and fun.

The most important tip, hint or motivation I could give is remember to have fun. Take some time to experiment and just generally listen to everyday objects you come by, you just might get surprised of some of the crazy sounds that our surroundings create!

In a more serious note, remember to always test your sounds in context as much as you can and remember to name your files properly, you never know when you have to return back to old sessions (don’t do this!!Gamesound/ambience/Gunshot_pistolithink_5_not_ready_thisone_final_notfinal_final2_maybe.wav).