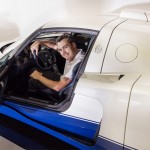 For the past 11 years I have been working with Electronic Arts as an interactive sound designer on a total of 47 games on 12 gaming platforms so far. My background came from audio Post-Production and theatrical live sound.

What is your niche or speciality that makes you stand out from rest of the audio professionals?

I really like coming up with modular audio designs that will provide audio interactivity on multiple platforms.

I use a lot of EA propriety tools for integration but for recording I’m a big fan of the Sound Devices 788t. As far as microphones go my favourite is the Crown Sass-P MKII, for ambient sounds it just sounds so much like the human perception of space.

What are your go-to plug-ins and software? (Virtual instruments, audio processing etc.)

Native Instruments Reaktor is amazing for prototyping audio designs, I use Kontakt as well. For DAW’s my favourite is Reaper and Sound Forge since they are so agile.

Some might question why this gear list is so short but here is why, game sound is really about designing many small audio elements that play nicely together so a lot is happening at run-time not at the source level. I think of a XBOX 360 or PS3 as a really cool sample playback workstation… game triggers are like the sequence and the sound effects are like the musical sounds of a common sampler.

I love brainstorming with creative directors since I have a lot of visual skills as well; we can talk about audio not just for the sake of audio but rather what a great video game feature would be accented by audio.

It all starts with the thought of fun, how can we make a feature that is truly interactive, one that catches a user off-guard with its attention to detail.

Next I will build a prototype in Reaktor or the like so I can nail down the theory of how to make the audio element feel like it is alive and responding to the user’s actions. Raw source is commonly recorded to work with, though sometimes it starts with pre-existing source.

If the feature requires new original sound I will go record what is needed during this part of production, along with the editing and mastering of the new sounds.

The final process involves a lot of tuning and refinement especially as the game nears its last stage in development.

Being open minded to creative influence outside your discipline; there have been a number of times a software engineer will suggest a different mechanic in how the sound becomes interactive and often those ideas turn into something far more grand than the original intention. At one point in our history we wrote and entire audio run-time engine on such discussions.

Early in my gaming career I was quite fascinated with “Shepard Tones”. For those of you who don’t know what that is basically it’s a stacked set of sound waves – each one an octave apart that pitch bend over a short time to the octave above it (think of the swirling stripes on a barbershop pole rotating around). Like the barber shop pole analogy the sound seems to forever rise in pitch. When used in a video game the “Shepard Tone” gives a false illusion of ever-increasing speed or intensity. I used it at the core of the “Super Speed” sound in the “Superman Returns” video game as well as the “drafting effect” in the “NASCAR” race games; “Shepard Tones” stacked with whooshes and other air displacement effects sound incredible.

I have had many “lessons learned” in my career but most relevant was the request for mass crowd chants. Being in sports there is always this need for hundreds or thousands of people chanting or yelling something. The long story short on this is that while tack-stacking, overdubbing and spatial effects do wonders for many sound types, there is just no great way to fake this. When at all possible go get the real thing, especially crowd sounds… there is a presence, an energy and a wonderful resonate tone that comes from mass crowds hyped up …it’s a completely different type of sound than a small group of people.

I should also say on this subject, you don’t know the energy of a crowd until your standing on a football field hearing the entire stadium focus that sound down on you…it is truly an awesome audio experience.

In whatever you do, if you want to be successful be persistent and enthusiastic. Be open to learn and unafraid to set aside anything you previously know. To truly be creative you must get rid of the perception that there is a single way to make it happen or that even you yourself are the only one able to make your dream come to life.

Gear does not equal talent, not any more than fancy cookwear makes a gourmet chef. The most important item to own is the vision for what you wish to create…rent everything else.