Based in New York City, Turlik will work as a Composer and Creative Director within Gratitude’s roster. In addition, he will interact with New York-based advertising agency and brand clients, help with artist relations, and work closely with Hinkley on overall company management and business development.

Regarding Turlik joining his company, Hinkley said, “Jeff and I grew up together in the Boston music scene. We often toured together and I always had huge respect for him musically. I also admire his kindness and overall good-natured attitude.”

“Jeff and I reconnected in 2021 when both of our bands reunited for two sold-out nights at the Paradise here in Boston. The show was to benefit an old friend and Boston rock icon, Julie Duffy.  While backstage, we started talking about music and Gratitude Sound – Jeff said he was interested in writing for some commercials. After working on a few jobs together it was clear that he would do well in a bigger role at Gratitude Sound. The timing was right, so here we are with Jeff now serving as our Creative Director in New York,” Hinkley adds.

Adds Turlik, “Bryan and I have known each other for a really long time, so there’s a real trust factor for me in coming on board with Gratitude Sound. Around 2001, I’d moved to New York from Boston, and once I was there, he and I fell a bit out of touch with each other except on social media. So, when we reunited in 2021 at that benefit show for Julie Duffy, we talked about joining forces – the timing seemed perfect. I’d like to say that I bring to the Gratitude table extensive management experience and skills in how to help grow a business and keeping it organized, while driving it forward, creatively. Bryan’s done a great job in building Gratitude Sound for almost 10 years now – his company is pretty well-rounded. I truly look forward to helping further focus Gratitude’s creative output and business expansion in the coming years ahead.”

Guitarist, Electric Bassist, Composer and Music Director Jeff Turlik is a graduate of the Berklee College of Music. From 2001-2020, he served a variety of creative and supervisory roles for the famed BLUE MAN GROUP – a globally recognized entertainment industry phenomenon which presents a dynamic combination of art, music, comedy and technology. The Blue Man Group’s shows’ euphoric celebration of human connection has enjoyed universal appeal for a broad range of age groups and cultural backgrounds around the world since 1991.

Turlik oversaw and managed all aspects of music and recorded sound related to Blue Man Group shows, marketing & other products. He was part of a team of creatives tasked with developing material and providing direction for the group’s theatrical performances, television and other appearances, marketing for TV, radio & Internet, musical instrument design and development and various other projects. This required partnering with stakeholders within and outside of the BMG organization – producers, artists & performers, managers, directors, designers and technical supervisors  – to ensure that quality stayed high, all involved had clear direction, and all infrastructure related to the musical impact of the show (sound, instrument design, etc.,) was held to BMG’s high standards.

From 1999-2020, Turlik performed as part of the “BMG Band” in a variety of shows and appearances, playing guitar, bass, chapman stick, electric 98-string zither, lap steel guitar, keys/samplers. Highlights of this era include appearing as a cast member in: the Boston production (1999-2003); the 2003 Coachella Valley Music and Arts Festival; two sold out nights at the Hollywood Bowl with the L.A. Philharmonic; performances with the Boston Pops and Philadelphia Orchestra; performances on The Area2 Tour (supporting David Bowie, Busta Rhymes, Moby); performing at The Complex Rock Tour, The Megastar World Tour, The Tokyo Summersonic Music Festival, the Carnival in Salvador, Brazil. He also appeared within various national, regional and international television appearances, including The Tonight Show, The Today Show, The Ellen Degeneres Show, and America’s Got Talent.

In addition to working with Blue Man Group, Turlik was an Independent Record Producer/Arranger/Musician for The Dan Band’s “Wedding Album;” and was a Guitarist/Bassist/Composer for dozens of bands and projects, including: Sony/Columbia artist Stompbox; indie art-rock band Chevy Heston, original punk band Milligram, R&B tribute band Soul Diamond; and currently the original surf-rock band The Cameramen, to name just a few.

Based in Boston, Bryan Hinkley is the Owner of Gratitude Sound. He has dynamic career experience across multiple areas of the music industry.  As a guitarist and stage manager, Hinkley has toured throughout much of the world, working with several rock bands, including Tree, Gang Green, Clutch, and 311.

After briefly working as a composer/producer for a Nashville based music house, Hinkley launched Gratitude Sound in his hometown of Boston in March of 2014.

Founded in 2014 in Boston by Bryan Hinkley, Gratitude Sound is an award-winning music production company hosting a diverse team of established artists and emerging talent.

Gratitude Sound started in 2014, with a mission to provide premium music along with exceptional service to advertising agencies. Over the past 8 years, they have expanded to include recording studios, music supervision, sound design, a production music library, and a record label.

In addition to its custom music work, Gratitude Sound also represents the music of dozens of emerging artists for licensing placements within advertising, film, TV and multi-media projects. 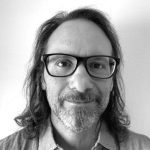