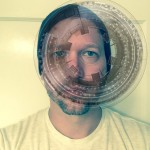 I am Jason Cushing, I’m a dude who does sound stuff obsessively and doesn’t sleep much, and probably drinks too much whisky. (if such a thing was possible!) I love nature, woods, synths, isolation, and believe it or not people! I grew up in the pacific northwest of Washington state, and was an eagle scout, and played the harp. (for real). Now I run SoundMorph with my two partners and work as a senior sound designer in games in Montreal, Canada.

You are also one of the founders of Soundmorph. Can you tell how and why Soundmorph came to be?

Yes! I became good friends with one of my partners Jeremie Benhamou while working at Electronic Arts. Jeremie is an awesome Lead UI artist, motion graphics artist, and our web designer at SoundMorph. He worked on Dead Space 2 and 3, which are well known for their awesome art and UI. So we were hanging out having a beer one day, and started talking about ideas for companies, and I told him I wanted to create a sound company, and he had the skills in art and webdesign for us to make it happen! We really wanted a sound company that had some inspiring visuals and something people could connect with. I also felt there were lots of things that we could bring to the table in terms of sound that hadn’t been fully explored yet. So SoundMorph was born!

I also am good friends with my other partner “Yan David”. We work together at a game studio still, and he is awesome with Kyma, Max/MSP, and we always did field recording together, a really great friend of mine, and we never ever fight…..which is rare…it’s too bad he’s a guy, cause I might marry him if he was a gorgeous woman, and not hideously ugly. (kidding Yan!) ;)

Can you tell us more about your new SFX library Sinematic and what equipment did you use for making it?

Sure thing! Sinematic was a collaboration between me, Yan and two other guys that we’ve worked with lots over the past few years. One of them is Real Cardinal, he was a good friend of mine at BioWare when we were working on Mass Effect 2 together, and I always had a huge respect for his skills as a sound designer and all around great guy. He is super talented with synths, interesting plugin chains, and mastering. The other person is Frederic Devanlay who has a wide history in AAA games and has helped make a few other libraries at SoundMorph, “Future Weapons”, and “Solar Sky”.

As far as equipment we used, for field recording I always use my Schoeps Mid Side CMC6 setup, running into a Sound Devices 722. I also have a Nuemann TLM170 that I use in the studio all the time, it’s a great mic, very translucent, clear, and can handle really loud SPL! For plugins the guys love all sorts of stuff, I’m sure too much to list, but some of my favs are Fabfilter, Uh-E, S-Layer, Scapes, Salty Grain, Mangle, Altieverb 7, 2CAudio, Ohmicide, SPL transient designer, and battery 4 for sample playback.

You have quite an impressive portfolio. Could you share with us a story of how you ended up working for EA?

Thanks! I had wanted to work at EA ever since I delivered a pizza to their Vancouver location in Burnaby. I was a sound student at the time. It’s just a massive complex with soccer field, and gated drive up, it’s really a crazy location on top of a hill. And I decided my pizza delivery career would need to end as I had to work at this place!! I was huge into games and I had tried my luck at recording bands and couldn’t handle the egos! Haha. So I kept applying at EA and harassing the crap out of them. It actually took several years until I finally got offered a job working on “Skate 2”. (still one of the best skate board games in my opinion!) It just sorta went from there! When the economy collapsed in 2008 I was lucky enough to get hired at BioWare in Edmonton, Alberta, and worked with some super talented guys there, some of the best in the industry in my view!

Probably really early in the morning, or really late at night. I like solitude when I create, and I guess knowing that everyone else is asleep around me kinda inspires me when I’m one of the few awake. I have no idea why!

Audio is all about telling a story, so the first thing I usually examine is what is the story or overall feel of this project aiming to achieve? Sometimes it is basic and sometimes it is not…..I’m most inspired by worlds that give me a chance to inject interesting new aspects in regards to audio. It’s not always a requirement for making good content, but when a truly unique world or visual is conceived it is much easier to be inspired with audio. Sometimes it’s the reverse in that audio can inspire visual too, which is very fun! It can also result in some very interesting final results if the visuals are designed around the audio……but sadly this is a pretty rare case when that happens!

What projects have you been working on recently?

I do a lot of top secret work that I can’t talk about here, but as far as games go recently worked on Amazing Spiderman 2, Dark Knight Rises, Modern Combat 5, and many more!!

The most interesting stuff can come from experimenting usually! I think that is the best way to push yourself to discover new things. There is no golden rule there of course, it’s just about having fun and thinking of what you might be able to do differently. I like automating lots of plugins at the same time, I also really enjoy having controllers like Leap Motion for gestural control. In regards to creating audio in computers, the more human control you can have the more dynamic and interesting a sound can become in my opinion! I don’t like clicking in software too much, I like to control with my arm like Luke Skywalker….if you aren’t using the force, then you are behind in the times!! ;)

Being humble will get you more peace and friends than having a big douchebag ego…..we are making sounds, not saving lives.

Yes, never listen to anyone, do your own thing, don’t listen to me either. :) if you need motivation from someone, just give up now….it needs to come from yourself.