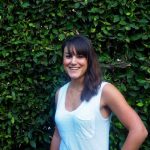 Hi Liz, thank you for taking time and doing this interview. Let’s start by introducing yourself and telling us a little bit about your background in music?

My first job in music was writing for Paste Magazine – first as an intern and then as a freelancer. After that, I started a small, boutique music PR company, and had the opportunity to work with prolific labels like Orange Twin Records (the label where Neutral Milk Hotel got their start). When I moved to LA about seven years ago, I knew I wanted to stay in music, but I didn’t know what aspect. A friend suggested that I look into music supervision, which was this career that seemed impossibly cool and perfect for me—I was always a huge soundtrack geek growing up. In a fit of insanity, I found the contact info for Gary Calamar, who was the music supervisor for Six Feet Under, which is basically my favourite music show ever. I sent him a crazy fan letter, and he responded, much to my surprise. I ended up working with him for about a year, and then worked with Carrie Hughes as her coordinator for about a year, before going out on my own.

Could you explain to our readers what is the main role of the music supervisor and music coordinator?

A music supervisor is not only someone who enjoys music, but also someone who has the ability to collaborate and deal with all sorts of personalities. Someone who’s organized and methodical in terms of the business end of things—you have to make sure that all the music you’re placing can be obtained within your budget, is legally cleared for use, that you’ve gotten all necessary parties (writers, labels, etc) to sign off on their piece of the puzzle. It’s the job of the music supervisor to make sure there aren’t any surprises for the producers, legally and financially speaking, after the picture has locked.

Do you need a music or business background to do this work?

I think it helps! UCLA Extension offers great classes in the music industry. A lot of supervisors I know took the Music Supervision class that they offer. Understanding the business side of music is VERY important for the job.

Tell us a little bit about your working day?

It varies from day to day, which is one of the things I like best about the job. Some days are spent listening to song after song, trying to find that perfect one for a film or show. Other days, I do the paperwork side of things—clearance, licensing requests, the dreaded cue sheet ;). Many days, I do a mix of both.

How did you get involved with the Dexter TV series and what was your main role?

I worked on the show while interning and assisting Gary Calamar, who was the supervisor on it. I helped out with cue sheet information and other busy work.

The pace and tempo of the song have the match with what I’m seeing on screen. The lyrics have to be somewhat on point—for reality TV, typically the lyrics help tell the story. For scripted and film, less so, but they can’t be totally out of line either. It’s also very collaborative.

If you had any advice for someone starting off in the business as a music supervisor or a composer, what would it be?

The Guild of Music Supervisors has just started a new category of membership, called Friends of the Guild. Students and others interested in the field are welcome to join, and will be invited to a variety of networking events that will enable them to interact with working professionals. It’s a great resource. Also, internships. Don’t be afraid to reach out to music supervisors whose work you admire! It worked for me.

I’m working on two awesome films right now – a Gunpowder & Sky feature entitled EAT BRAINS LOVE, directed by Rodman Flender (Idle Hands, MTV’s Scream) and a Burn Later Productions film, SUPPORT THE GIRLS, directed by Andrew Bujalski (Results, nominated for a Independent Spirit Award). The two have absolutely no overlap in sound – Eat, Brains, Love is a zombie road trip film starring Jake Cannavale, which has an edgy, young sound, and Support the Girls is a film that takes place in a Hooters-like establishment in Texas. That film has really exposed me to some amazing country music, which has been fun.