When you don’t either have the room or the capital for an actual piano in your studio or home, you purchase a sampled piano. Luckily there are quite a few very realistic sampled pianos out there on the market and today we are looking at a new piano sample library by Impact Soundworks called the Pearl Concert Grand.

Impact Soundworks promises a lush and unique sound. Now personally I think it is really difficult to produce two very similiar sounding piano libraries, even if recording the same piano, due to so many variables, such as mics, their positions, person operating the piano and the post work. So one could say that when you go and decide to sample a piano, it will inevitably end up sounding unique from all the other libraries. Therefore all piano libraries sound unique by default so the only question that remains is, does it sound good? Now that’s a very subjective matter.

First thing that caught my eye was the price tag. At 119 dollars it’s a real bargain considering the amount of detail they avertise you get in the content. Upon first try my intial thought was: this is a very usable piano library. The first preset that is loaded up by default sounds very generally usable, meaning it doesn’t sound too thick, not too thin, not too muddy, not too bright, not too intimate, not too formal. Just very playable and instantly usable in many different contexts. Upon loading up a few other ready presets the sound however changed dramatically from for example very intimate, lush and close to very open, airy, distant and dreamy. Not a bad start at all.

So what exactly do you get for the said price? The Pearl consists of over 14,000 samples in 16-bit and 24-bit with four microphone positions, 8 velocity layers and 2 x round robins. All notes were also recorded with the sustain pedal down and sustain pedal up separately. This enables more realistic sound due to the fact that when the pedal is down and a note is played it has a different resonance to it than when the pedal is up. This of course uses nearly twice the RAM but sounds very realistic. The four mic positions provided are close (stereo), pedal (mono), stage (stereo) and hall (stereo).

The Pearl comes with five different patches which differ from each other by how much system resources they need. The main Pearl Concert Grand patch loads up everything the library has to offer, the No RR patch takes away the round robins cutting memory usage by half. The No Sus patch takes away the sustain pedal-down-samples and also roughly halves memory usage. The No Sus+RR takes away both the round robins and pedal-down samples cutting memory usage by 75% and lastly the Lightest patch omits round robins, pedal-down samples and uses sampling on every other note, meaning every other note is pitched to the next note. This patch is meant for performances which are not too exposed, but dissapear into the mix more and when you need to cut down the RAM usage drastically.

Once a patch is loaded up, you can also choose from 13 different ready presets that are simply different kinds of mixes of the mic positions with different EQ settings and effects applied. The Newman Close preset for example has the close and pedal mics loaded with a compressor, EQ and Reverb effect unit enabled as global effects. There is even a preset for a reversed piano sound. You can also make presets of your own. 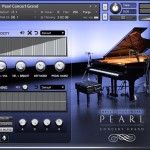 The user interface on the Pearl is very simple and quick and easy to use. It allows control over microphone mixing, velocity response, tuning, EQ, effects, etc.

The main page offers you the preset menu, a volume knob for controlling the master output volume of the instrument and the transpose knob to change the incoming midi notes up or down by a selected number of semitones.

All the mic positions have different adjustable parameters such as the stereo width of each stereo mic position, an offset knob to adjust any timing issues with the mics. Keep in mind though that the offset setting cuts away from the beginning of the sample according to how high you set the value (ms) to. Recommended to be used mainly with the far way mics to correct delay between mics if needed.

You can enable or disable any mic position by clicking any of the respective mic position buttons. Below the buttons there are also options to send each of the mic position to a different Kontakt output (st.1, st.2, etc.).

At the bottom the gear icon opens the settings menu page which allows you to adjust the velocity curve (response) of the piano. Provided are also preset for different curves. Pressing the speaker icon opens a dynamics editor, which lets you alter the dynamic presence of each of the 88 notes. The lower the value, for any given velocity, you hear a quieter dynamic recording without making the actual output volume softer, whereas the higher the value, you hear a louder dynamic recording, without making the actual output volume any louder.

The Velocity to Volume knob controls how much velocity affects the overall volume. It can be used to make all the samples be played at the same volume regardless of velocity. This enables you to hear the softer-recorded dynamics at a louder volume if that is something you want.

The Velocity to Brightness knob controls how much velocity affects the piano’s overall brightness. This can be used to even out the changes in brightness when going higher up the keyboard.

The Key noise and pedal noise knobs adjust the volume of the noises coming from releasing a key and pressing the pedal down and releasing it.

The tuning editor enables either manual adjustment of the tuning of each note or you can select from a few ready presets.

The Extra Round Robin button fakes RR action by pitching a neighboring note to the played note and uses it as a round robin sample. The High Dampers button makes the higher notes act like they had dampers, meaning when you lift a key, the note stops ringing. Normally higher notes on a piano don’t have dampers, so this button is adviced to be left disabled if looking for realism.

Lastly are knobs for adjusting the attack, decay, sustain and release of the piano. Only the attack value is adviced to be adjusted slightly higher than 0ms if using higher offset values to ensure no pops or clicks are heard in the beginning of the samples. 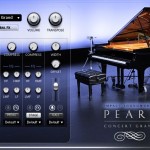 There is a lot of that sound in Pearl that I have been looking for in a piano library. Mainly the fact that it doesn’t sound boomy and doesn’t have the same annoying frequencies constantly bugging me that have been annoying me with some other libraries. This is a very difficult thing to review though as it is a very subjective matter. For me this piano library is a very welcomed addition because it makes my job easier when I don’t have to fool around with the EQ constantly anymore.

This is my first piano library that has the recorded pedal-down samples and this feature is a very nice thing to have at this price range but there is competition out on the market within the same price range with similiar features though. Personally though I don’t think you can ever have enough piano libraries so even if I had all the other libraries too, I would still use Pearl whenever I would find myself working on a project that had a place for its unique sound.

But then again there are some things in this library that caught my ear, things that I haven’t heard in other piano libraries I own. With some samples close to the middle C, when using the pedal-down samples, while holding a long sustain with the sustain pedal down, I occationally hear slight distracting noise. The noise is sort of like taking a coin and slowly dragging it in circles across the body of the piano while a note was sustaining.

The noise also has a very low frequency to it if listened with headphones. I have no idea if this sound is just simply some actual resonance inside the piano when they were recording it, belonging to the realistic sound of that particular piano or just some random background noise in the space. It appears out of nowhere however in random samples when using the pedal-down samples but isn’t that loud fortunately in normal use. But as I like play very soft passages and still keep the overall output volume fairly high for a very intimate and tender sound, this issue is sometimes quite noticable for me personally. I can overcome it by loading up the No Sus patch, but then I lose that wonderful pedal-down resonance of the notes.

Regardless of this little issue, I very much like the overall sound of the Pearl and especially love how much room there is for tweaking the sound naturally just by adjusting the mic positions alone.

For someone who can never have enough piano libraries, Pearl is yet another library to buy. At this price you won’t be dissapointed because it does sound very beautiful and cinematic and is also very versatile with a lot of depth gone into the sampling process and offers some delicious features such as the pedal-down sustains.

The slight issue with some low noise in few of the sustain samples however, regardless of the noise being actual resonance from the real piano or an accidental unfortunate slight oversight in quality control, it still did bother me personally a little bit, but I’m sure this issue is easily fixed with an update patch. All in all I am not dissapointed at the library, not at all, as said, it is a very welcomed addition to my piano pallette and will surely find its way into my future projects.

Read our interview with Impact Soundworks. Don`t forget to rate the product yourself if you bought it in the “Reader rating” tab below!
You can also consider the following sample libraries 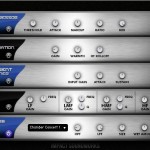