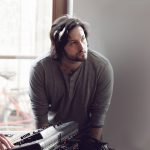 Nice to meet you Danilo, thank you for taking some time off your schedule, to do this interview with us!

It’s my pleasure, thank you for having me.

Please tell us a bit about yourself, your work and how you got started in the industry.

I started playing guitar about 13 years ago, a year before going to high school. Soon after I started jamming with rock and metal bands. When I wasn’t jamming on my guitar I was making dance music in FL studio. Suffice to say I didn’t really have a defining genre, I just loved making music. The idea of becoming a composer only came when I was in university, studying computer science and IT. A couple of classmates were working on a multiplayer shooter as a side project and they asked me if I could write a cue for their presentation. From then on I started composing trailer cues, inspired by Two Steps From Hell. Soon after that I started getting my first real projects.

Let’s talk about Uncanny Valley from Cowardly Creations for a bit. How did you get involved with the project and what were your main responsibilities?

Tadej Kupčič, the game designer on Uncanny Valley, was another classmate in university. By a somewhat funny series of events involving an important exam and a paper shortage, we met no sooner than in the 2nd semester. A couple of years after, when he started working on the game, I asked if he needs any music. He offered me a chance to compose to music for the first trailer, since at that time they already had a composer pinned down for the game score. After I delivered the trailer cue, he asked me to compose the score to it. I was more than happy to oblige. After some time in development I expressed a desire to help out with game design and the writing of dialogues and the in game emails. My main responsibility was still the creation of music, but the second most important thing I took care of, was defining the story branching, creating a cohesive experience for the player.

Uncanny Valley is a survival horror game that includes a mix of exploration, puzzle solving and a bit of action with a lot of optional story content. What decisions did you take into the account when creating atmosphere for Uncanny Valley?

The first decision was finding the proper style of music for the game. After we settled on a very minimalistic ambient atmosphere, I started working on the instrumentation for the different areas in the game, for example, I connected the dream sequences with a more ethereal, bell like instrumentation. Whereas thelater sections of the game, which feature more stealth and direct horror, are wrapped in grittier, more synthetic music. The idea behind the entire score, was to create a constant state of tension and unease. I also used particular sounds to connect certain enemy types and foreshadow the main ending. In “LivinThe Dream” which is played when the main character arrives to Melior, the facility in which the game takes place, there’s a certain saw like sweep, which directly foreshadows the “Happily Ever After” ending.

Was Uncanny Valley your first game? What was the major difference when scoring a game compared to a film?

It was. For me, video games are a more personal medium. In a game, the player usually takes control of one character and over the course of the game, a bond is connected between the player and that character. The player starts to relate with the character and the character’s relationships. Whereas in a movie, the focus is on more than one person. And that focus is very noticeable in music, the themes, the instrumentation, etc. So when I’m composing for a game, it’s easier to keep everything connected and relevant to the player’s experience, than it is for someone watching a movie.

What issues did you encounter when scoring Uncanny Valley?

There weren’t really that many issues when I was scoring. My biggest problem was staying consistent with the dark and gritty feel of the score. Some of the music starting evolving into a more percussive, almost rock-like style, due to my frustration with keeping the score moody.

Thank you! It was the first successfully funded Kickstarter movie from Slovenia. Before I started working on Uncanny Valley, I used to record guitars for Tim Žibrat, a composer I met in high school. Over the course of time, we started working together more and more. Eventually we started working as co-composers on some short films. Tim was involved in the creation of Kresnik from the beginning and when it was time to start writing the music for it, I expressed my desire to work on the project.

What was the most difficult part of scoring Kresnik: The lore of fire?

Kresnik was my first project where the music was recorded by an actual orchestra. Being a self-taught composer who mostly relied on samples, this proved to be somewhat of a challenge. When I was working with samples, I could write pretty much whatever I thought sounded “OK” in terms of orchestration and instrumentation. So in essence, the project was a crash course in composing for an orchestra.

What projects are you working on right now? Could you tell us more about the project?

I’m currently working on Cowardly Creation’s next game and a short film. Sadly, I can’t discuss much about them at this moment. They’re both retro in terms of the setting. Think 80’s disco music and Vangelis.

My setup is pretty basic. I use Cubase 7.5 as my DAW. I use a Fast Track C400 and a Keystation 88es for my audio interface and midi controller. Both are from M-AUDIO. My rig is a PC, using 16gigs of RAM, to support my collection of Kontakt libraries. I’ve just purchased a set of Yamaha’s HS8 for monitoring, and I use a pair of Beyerdynamic headphones, the DT770 and DT880 for recording and monitoring. I frequently use my guitars, an Ibanez RG1750 which has a harsher tone and an acoustic model, a Yamaha FGX720SCA which has a very rich and deep tone.

Do you have any tips for aspiring composers, on how to gain a foothold in the game audio industry?

Work hard, stay grounded and write the music you want to write. As cliché as it sounds, you’ll get noticed much faster if you write music that resonates with you, rather than writing the style of music you hear in other games, movies and trailers.

Danilo, thank you so much for taking the time and answering my questions! I wish you all the best for your future projects.

Thank you and thanks again for having me!

In this interview, we talk to composer Brandon Roberts about his work on Unbroken: Path to Redemption - An unbelievable true story of Olympian and World War II hero Louis Zamperini. END_OF_DOCUMENT_TOKEN_TO_BE_REPLACED

In this interview, we talk to composer Kurt Oldman about his work on a SuperMansion series and also touch on his past work. END_OF_DOCUMENT_TOKEN_TO_BE_REPLACED

In this interview, we talk to Gaayatri Kaundinya about her work as a composer and singer on The Hundred Foot Journey, Jungle Book and Million Dollar Arm. END_OF_DOCUMENT_TOKEN_TO_BE_REPLACED