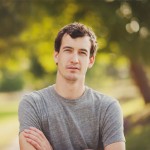 Knight of Cups, The Better Angels, To the Wonder

Tell us a little about yourself and what you do for a living? Why you chose this profession?

I’m a New Zealand-born film composer based in the US. I write music for feature films, documentaries, commercials and other visual media. I write and record a lot for orchestra, but I’m also a bit of a meddler and like to build my scores with weird pitch shifted/time stretched material.

The idea of becoming a film composer was a natural derivation of admiring both film and music at a young age. I’m fortunate to have studied music from a very young age, which allowed me to have a long standing immersion in it. The opportunity to do so fell together while I was earning my music degree, during a year spent as a foreign exchange student at the University of Texas in Austin.

I like to work on a variety of different projects in various genres, I have never really enjoyed doing just one thing. Last year, for example, I completed a feature western, a Christmas family movie, a hip-hop documentary, a Puerto Rican drama/fantasy film and, of course, Terrence Malick’s newest feature Knight Of Cups. All of these projects were very different, but I always enjoy the challenge of trying something new. Growing up in New Zealand I was always surrounded by a very “give-it-a-go” kind of culture; perhaps that’s part of how I work!

I work in Nuendo 6.5 with an Apollo Twin Duo as my interface. I monitor through Chris Pelonis Model 42’s with a KRK 12in’ subwoofer for my low frequency content.
I am a pianist so I write a lot on a keyboard, either at a real piano or on weighted midi controller.

I use a lot of East West libraries, I love the Hollywood series; they are a little CPU and RAM heavy but the legato patches are getting pretty dang realistic. I’ll often cherrypick specific patches from specific libraries, my Kontakt is full of a mix of 8Dio, Spitfire Audio, AudioBro, Cinesamples and tons of others. For synths I find I use the Arturia Mini Moog vsti frequently.

I find I’m more of a morning person, so I usually like to wake up early and finish early. I say that I like to, but we all know that when duty calls, we work all hours! I also feel really creative when I first read the script for a project, I just let my imagination go wild and usually it helps me bring more to the table later down the line.

What is your usual process for creating audio content for tv, films etc.?

It most cases it begins with the director and I sitting down and talking about the vision of the film, and looking at how the music will fit into that vision. I may read the script or watch a cut of the film prior to this. Then we will begin spotting the film and work out which cues to start with. I often like to begin working on the ending cue, which will usually play over the climax of the film.

There are some projects, like Terrence Malick’s Knight Of Cups, where I am not writing music to the picture at all and instead provide the director and editors with an array of different music for them to experiment and edit to during post production. This is a completely different way of working, but it always yields some interesting results.

No secrets really, one thing I learnt early on is to keep your music simple, simple, simple. I would often find myself overwriting and I need to go back and strip things away. Sounds obvious, but it took me a while to understand this.

I like to play around with designer delays like Apple’s Delay Designer and Audio Damage’s Ricochet. I’ll take a simple phrase motif, maybe played on a piano or marimba, and feed it through the delay. You can create some really interesting patterns, loops and textures this way. Sometimes I do this just to help find an interesting starting point for a cue and then I’ll build on top.

Tons. One specific lesson I learnt when I first started out – when hiring musicians make sure that you choose the right players for the right job. Don’t get a classical trumpet player to play a funk track. (Unless you know the player well and he/she can do it!)

Can you tell us about your latest projects?

I recently completed the score for Knight Of Cups starring Christian Bale and Cate Blanchett which will be out in cinemas on March 4th.
Last week I finished up a Swedish feature film, Jordgubbslandet (Strawberry Land), and the score came together beautifully. The soundtrack has an interesting blend of piano, strings and musical saw; it was a lesson in writing simple.

Later this year, a Martin Sheen film is coming out in cinemas called The Vessel . On the horizon is a Latvian horror film called Hybrid Vigor, the score is going to be a heavy synth driven, so something a little different.

If you are wanting to get into writing music for film take every opportunity you can to work, especially if you’re just starting out! And make sure to build tons of great relationships, you can be sure one day they will pay off.

In this interview, we talk to composer Brandon Roberts about his work on Unbroken: Path to Redemption - An unbelievable true story of Olympian and World War II hero Louis Zamperini. END_OF_DOCUMENT_TOKEN_TO_BE_REPLACED

In this interview, we talk to composer Kurt Oldman about his work on a SuperMansion series and also touch on his past work. END_OF_DOCUMENT_TOKEN_TO_BE_REPLACED

In this interview, we talk to Gaayatri Kaundinya about her work as a composer and singer on The Hundred Foot Journey, Jungle Book and Million Dollar Arm. END_OF_DOCUMENT_TOKEN_TO_BE_REPLACED