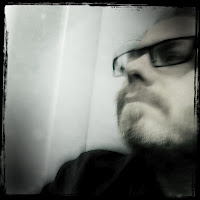 My name is Frank Ilfman and I am a film composer. I grow up in Israel and Germany. When I was about 8 my dad gave me a copy of the original Ennio Morricone’s RCA recording of ‘The Good The Bad And The Ugly’, after we seen the film in our local theatre and that’s I guess when I fell in love with the world of cinema and film music.

I compose music for feature films, it’s a totally different medium to production music, Television and short films. Some of the process maybe the same, but you most know how to carry a full 90 min film with your music, how to develop your themes to the full or use small motif, most of the films I get hired are very dark psychological thrillers, horror and melancholic emotional dramas, I guess I am very good in writing music for death scenes. However, thanks to Amanda and Nicola my agents, this year, I actually made a move to a lighter side of myself, scoring comedies, where its all happy ending and nobody dies!

Mac Pro’s 8 Core 32GB x 2 hook up to RME FW and MADI system interfaces. Genelec 1030 in a 5.1 surround set up, Roland RD 300SX as my main keyboard and a US-33 for controlling MIDI CC’s, I also have some classic Roland synths, Roland rack effect and a Korg MS20 controller.

I use Logic Pro in 64bit mode for my score writing (my full orchestral template is about 300 channels), Plogue Bidule and VEP Pro 5 for hosting my VI’s, routing them as external instruments into Logic, this gives me full control over each VI channel in Logic and Sibelius for notation. For my reverbs I have Audioease Altiverb 7 in surround mode, UAD, Sony Oxford, I have some custom made private sample libraries, Spitfire, AudioBro LASS, Project Sam. I also use Pro Tools for audio editing and its my go to software, when I get hired to sound supervise a film from time to time.

I start writing early in the morning, there are time mostly toward the deadline or just before you are heading to the scoring stage, you would need to pull an all night, finishing the orchestration and dealing with the copyist, making sure everything is ready to go.

I always work in a very intuitive way, I would have a small note book, or a small recorder, when I first watch the film with the director, editor and music editor (if there is one), I would sometimes sit in the dark while we spot the film and hum or write some ideas, I would then discuses those once we finish the screening and share my thoughts with the director, as to what his music vision and how he see the score, we will talk for length about the role of the music in the movie, the thematic ideas for each character and so on.

Once we have created a cue sheet with all musical cues, hit points and relative time codes, I would then start improvise at the piano, or play with sound manipulation back in my studio to find a canvas of colours that work for me and feel right for the film. Beside my orchestral template, once I have established my palate (this is something that always keeps evolving as I progress into the film), I would write my theme out as clearly as possible or a suite of my main themes and present it to the director, once he approves them, I would start at cue 1m1.

Not really, none of us are inventing the wheel, but we do try. Its important to take breaks every few hours and do stretches, I guess its about delivery and sometimes it may not be your best work in the year and sometimes it is, our films deadline are getting shorter and shorter, worse on rescue jobs. I think its sitting at the piano until you feel its working to the best you can and taking it from there, its always the first few notes that are the hardest ones.

I was aiming from a young age to have my own voice and style of writing, so I would always experiments with different instruments combinations and try to do lots of sound manipulation with old synths. Till today I would love to combine different instruments and doubling them creating a new sound, it could be some orchestral instruments or synth patches, sound is something that is always evolving and so the possibilities are endless, I am a big fan of using amps and compressors to bash sounds out, guitar rig is a great signal processor for that, I used it on violins, brass, drums, you name it.

Always be in sync with your film editor, as they know the films ins and outs. Working with some of the top editors and film directors in this country, I learned how to look at films in a different way when coming to score a picture.

I was told a long time ago, that working in film, it’s never about the music and how great you are as a composer and how amazing your music sounding. You are there to serve the film and the director vision. A lot of it is not just about learning the craft of it, though – how you write that chord and so on. To convey emotions through music that touch the listener and ultimately unite the whole film, you must have a sense for the dramatic. You need to feel the music, not just hear it. That’s where the real gift is.

In this interview, we talk to composer Brandon Roberts about his work on Unbroken: Path to Redemption - An unbelievable true story of Olympian and World War II hero Louis Zamperini. END_OF_DOCUMENT_TOKEN_TO_BE_REPLACED

In this interview, we talk to composer Kurt Oldman about his work on a SuperMansion series and also touch on his past work. END_OF_DOCUMENT_TOKEN_TO_BE_REPLACED

In this interview, we talk to Gaayatri Kaundinya about her work as a composer and singer on The Hundred Foot Journey, Jungle Book and Million Dollar Arm. END_OF_DOCUMENT_TOKEN_TO_BE_REPLACED