Equalization, or EQ, is an essential effect in the arsenal of any professional working in the field of audio. It works as a filter that amplifies or reduces the signal strength of certain frequencies in the audio spectrum. In simple terms, EQ allows you to single out certain frequencies, or ranges of frequencies in an audio signal, and control how loudly or quietly you would like them to sound. It’s a simple concept, but the applications for this type of processing are almost limitless.

EQ’s are most commonly grouped into two different categories: 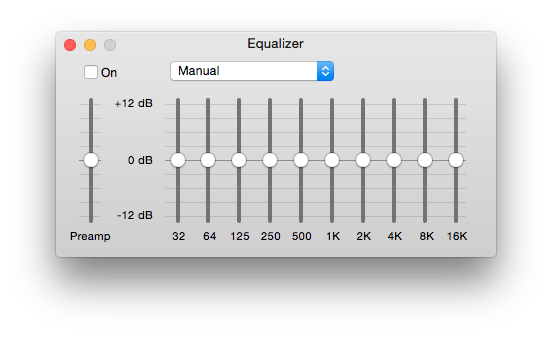 Graphic EQ’s consist of many sliders that are associated to fixed frequencies on the frequency spectrum. They tend to only have one parameter per frequency: gain, or volume. You’ll often see them in live sound settings, since they are often used to correct problems with acoustics in a room, like resonant frequencies or to cut out pesky feedback loops. 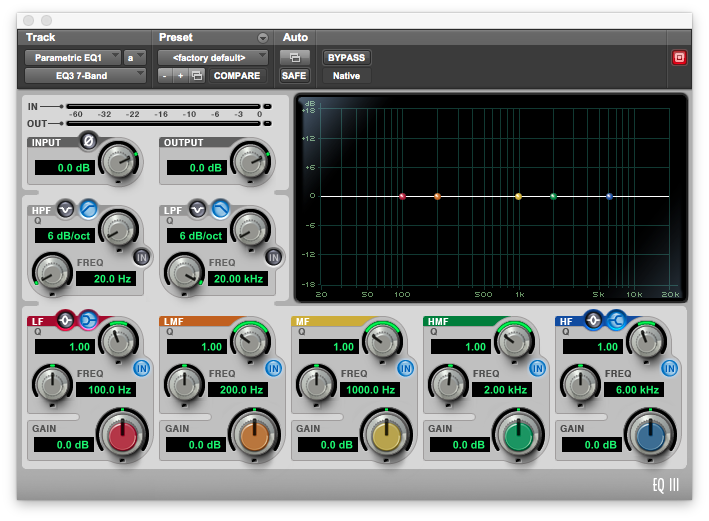 Their flexibility comes from having a greater number of parameters to control each frequency band. These include Frequency, Gain, Q, and sometimes Type/Shape.

Frequency controls which frequency you will be manipulating, and is also used as a designated starting point for certain EQ shapes; Gain is used to amplify or reduce the signal of a frequency band; Q determines the width of an EQ-band, and in some scenarios can not be modified; and the Type or Shape of the EQ is often a graphic representation of which type of EQ Curve you will be applying to the selected area.

These are the most common EQ Curves:

A Peak or Notch EQ is a narrow curve that affects a very small range of frequencies. 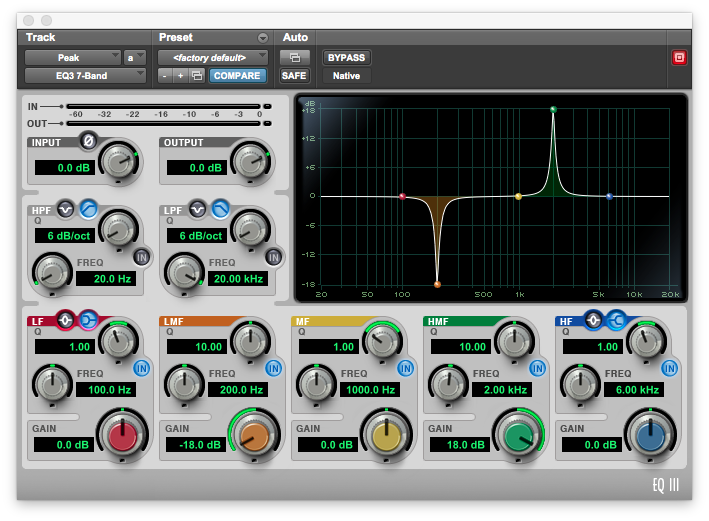 A Bell EQ is a wider version of the Peak EQ, in other words, it has a larger Q. It spans out over a wide range of frequencies, affecting the central frequency the most and losing strength the further away it is from the center, forming the shape of a Bell. 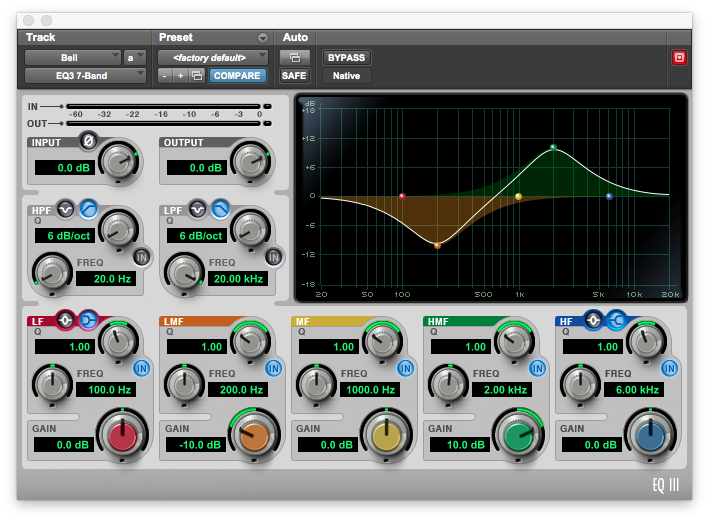 Shelving EQ’s affect an entire length of the frequency spectrum, either above or below the selected frequency. 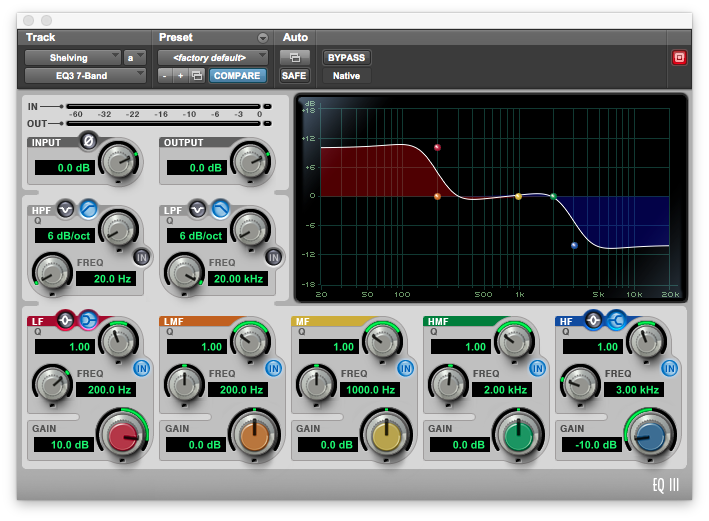 Using a high or low-pass EQ will respectively cut all frequencies below or above the selected frequency. 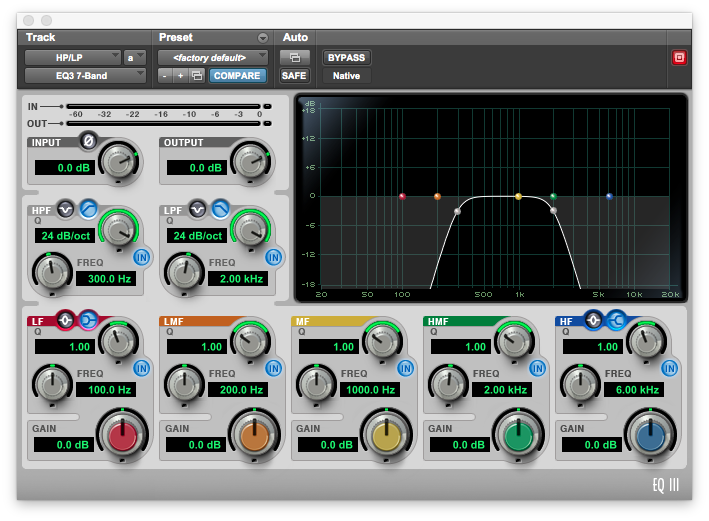 Below is a short demonstration of each of the different EQ curves listed above using the same exaggerated parameters from the images:

Stay tuned for Part 2, where we’ll discuss different implementation techniques for your EQ, like how to sweeten your mix, correct muddiness, and sound design tricks!

BAND – b) A range of frequencies, often identified by the center frequency of the range.

BELL EQ – a) boosts or cuts energy with a peaked response.

CENTRE FREQUENCY – a) the point on the frequency spectrum where boost or attenuation is applied.
b) The frequency of an audio signal that is most affected by an equalizer, either boosting or attenuating the frequency. Drawn graphically, this is the very top or bottom (the “peak”) of the frequency bell-shaped curve.

GAIN – a) the amount of boost or cut applied to the centre frequency (measured in dB).

NOTCH FILTER – a) cuts a very narrow range of frequencies.

Source: a) Glossary b) Glossary