The SoundWorks Collection talks with Composer Yoav Goren in his Santa Monica studio to explore the exciting and creative process of epic trailer music composing and producing.

Born in Israel and raised in New York City, Goren was born into a family of artists that includes a sculptor, painter, and filmmaker. Encouraged early to study piano, he was heavily influenced first by classical composers, and then by the Beatles and film composers Ennio Morricone, Jerry Goldsmith and John Barry. He started composing during his studies at NYU, where he graduated with a BA in Film and Television Production. After gigging and touring with several bands in the USA as keyboard player, Goren settled in Los Angeles where he met and worked with the legendary Leonard Cohen on the acclaimed CD The Future (1992) as arranger and co-producer. Also in 1992, Goren teamed up with fellow composer Jeffrey Fayman and founded Immediate Music, which has become one of the preeminent suppliers of original music for motion picture advertising.

From his first trailer score for Universal Pictures “Carlito’s Way” in 1993 to recent high profile campaigns for films such as “After Earth”, “Oblivion”, “Iron Man 3”, “Cloud Atlas”, “Argo”, “The Hobbit”, “The Dark Knight Rises”, “Amazing Spider Man”, “Harry Potter and the Deathly Hallows pt. 2”, Goren and Immediate Music continue to provide cutting edge music to all major motion picture studios through both custom scoring and the acclaimed Immediate Music production library. With over 5,000 trailer-related synch licenses to date, the composing team of Goren and Fayman are arguably the world’s most-often utilized composers in the $3.3 billion motion picture advertising industry. 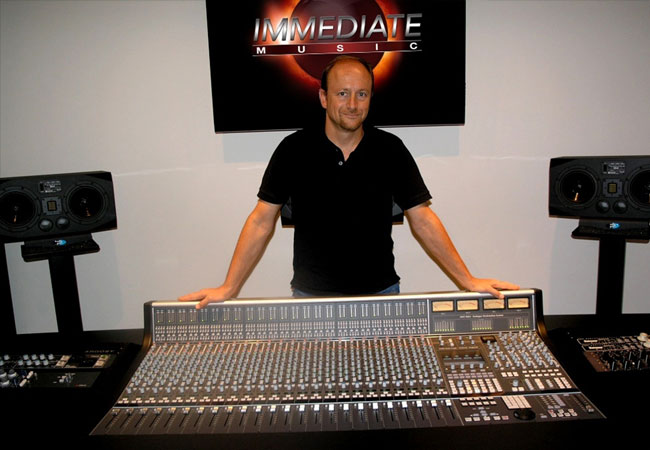