Search
Home
Featured
“Food for thought” is a short film to raise awareness on unhealthy diet issue. It features fantastic cinematography and award winning sound design. I wanted to know more about the person who created the sound for the film. Below you can watch the film and read our interview with Enos Desjardins about his sound design process. 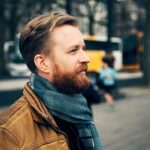 Hi Enos, thank you for taking time to do this interview. Tell us a little bit about yourself and what inspired you to work as a sound designer?

Thank you for getting in touch! I’m a Finnish/Canadian freelance sound effects editor/sound designer based in London. I work with various supervising sound editors and studios in the film and TV scene here and abroad and have also started occasionally taking on some supervising sound editor and re-recording mixer roles on smaller indie projects. As for inspiration in becoming a sound designer I would say it evolved naturally from an initial love of playing music and eventually recording it. I used to play drums in bands as well as playing guitar and piano to write my own stuff which I then wanted to record and so soon discovered a passion for the technical and creative aspects of sound recording, manipulation and mixing. I have since added to that a love for storytelling and so in sound design for film have found myself at a place that perfectly fulfills my creative and technical curiosities.

Congratulations on winning the 2016 Music + Sound award for ‘Best Sound Design for a Short Film’ for Food for Thought. How did you get involved with the film?

The writer of the film Guen Murroni is a friend of mine and had introduced me to the director Davide Gentile at a party a few years ago and we had crossed paths a few times since then. He was primarily directing commercials but wanted to do a film piece and was aware of some of my work on the film side of things so when the opportunity came to direct this short film he got in touch. Luckily for me he got in touch long before any cameras rolled which is ideal!

You said you were brought in early stages of development. How do you think that helped with sound design and audio direction?

I would say that getting on board a project as early as possible is absolutely essential. Being invited to read early drafts of the script and start the creative process and discussion at that stage is for me quintessential if you want sound to really be part of the film. Story is always king and sound should be supporting that storytelling at every moment. If you allow sound to be designed and built into the film from the early stages instead of just pasted over it in post production then who knows… it might just be able to truly fulfill its role and potential and elevate the whole piece by bringing something new and unique to it beyond just reacting to picture.

Could you tell us a bit more about the process of sound design for the film? What was the biggest challenge in getting the sound right?

For me good sound design begins the moment the first line of the script is written and should then start taking shape as pre-production progresses. In this project I was very lucky in that both the writer and director understand the role and potential of sound and that showed both in the way the script was written and in the fact that I was invited to get involved so early on. By creating characters that are not just talking and moving around but also reacting to the sonic world around them (in this case very specifically as we see our protagonist being driven to madness by the sounds of the diner!) we give sound an embedded role in the storytelling process.

After reading an early draft of the script long before any cameras rolled I was able to start the creative process with Davide and get to understand his vision for the film, share ideas and suggest all sorts of things from the more conceptual to the very practical. Things like suggesting a prop be incorporated in the set design that would give source to a sound that could then be used creatively (the clock for example) or even re-arranging certain shots after seeing the storyboards to allow for interesting transitions and cuts or better supporting the story. For example cutting from the girl in the diner sipping milkshake to a tracking shot from behind the main character’s head allowed it to be made very clear to the audience that the sound of the straw was something he was fixating on and provided the perfect visual cue to transition sonically into a more surreal sound space as we shifted from reality into a heightened version of it as perceived by the protagonist. 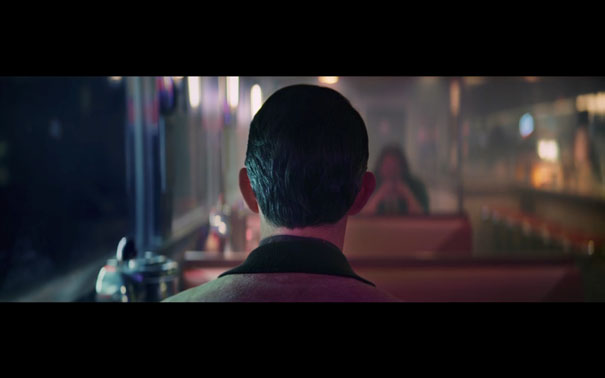 I then put together a little sound effects library based on the script which I provided to the picture editor Tommaso Gallone for him to use in the edit which allowed the right sound aesthetic and tone to start taking form as early as possible. Tommaso also has a great understanding of sound and its role in storytelling and did a great job in creating space in the edit for the sound to drive certain sequences and set a mood and tone to the piece. So often films cut in back to back dialogue leaving no room for the sound to bring anything to the experience. Long sequences without any dialogue allowed for sound to really set a tone and drive some moments which worked especially well seeing as sound was the element really driving the main character mad. Another huge mention to composer Daniele Carmosino who had a similar approach to me in providing music to the editor early on allowing for the score to start shaping the edit process thus avoiding attachment to temp music as so often happens. I must also say he was superb at creating a score that not only brought a great tone and atmosphere to the film but also weaved perfectly around the action and dialogue meaning it just sat in place effortlessly without ever fighting the design or dialogue which is pure skills!

Once the picture edit was nearly there we then had a spotting session with the director and editor after which the practical elements of the sound post began. Dialogue editing, foley, sound effects editing and design and eventually the mix. However half the work was done already thanks to all the preparation work!

The production mixer Declan Chew had been able to record a selection of wild tracks/effects during the shoot which came in handy but the main element of original recorded material in the film was provided by the foley which was done by Finnish foley artist Tapio Liukkonen with whom I had already worked with on multiple features and shorts. He has a great ear for detail and is a true perfectionist always going the extra mile to provide unique and characterful textures to the project. Most of the rest I designed and edited from libraries (either commercial ones or my own) and in many situations (like in the chewing and eating sounds) both my sound effects and the foley had layers for it which were then edited and mixed tightly together to work.

What would you consider to be the best sound design part of the film?

Hard to answer that…I guess that is more for the audience to answer. However I do like the creative surreal buildups when we shift into the protagonist’s headspace as they provided a cool playground for sound to go a bit over the top and crazy! 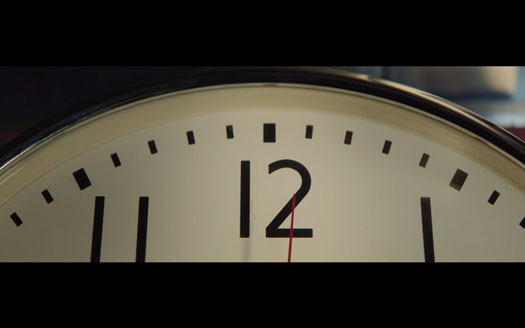 Which are your favorite sound libraries right now?

I am a big believer of going out and recording sound effects that are unique to you and the projects you do and therefore do that as much as I can and am a bit obsessed with field recording and collecting microphones of all sorts! But it is true there has been an explosion of sound library creators over the last few years which is great and I do find myself regularly getting some of those whenever a project justifies it. I really like stuff from Hiss And A Roar (Tim Prebble was also my ‘virtual mentor’ some years ago!), Tonsturm, The Recordist, Red Libraries, Soundmorph. Lots of others too!

I do all my editing and mixing on a Protools HD rig and have a 5.1 Dynaudio monitoring system (BM6A’s) and separate picture screen being output to via a Blackmagic card. I use Soundminer for all my library navigating and then a wide variety of plugins from companies like Waves, AudioEase, Fab Filter for design and mix purposes. Recently purchased Spanner and Slapper from Cargo Cult which are really cool tools for both mix and design use. Oh! I also just purchased a second hand Symbolic Sound KYMA rig which I should receive anytime. That should keep me entertained for a while!

I am currently finishing sound effects editing on an indie feature but will be flying out to Beijing in a few weeks to mix a feature there! Other than that I am freelance so always interested to hear from supervising sound editors, studios and directors to work with! Selfish self promotion I know!

Responses to these questions always sound so cliché and I am still at a very early stage of my career so don’t think I’m in a position to give career advice or tips but as people often say just do loads of projects and keep working on stuff all the time and before you know it you will be finding the path and style that represents you and that fulfills you….in sound or who knows where!