I didn’t really know what to expect when I first got my hands on Electra 2 (aka Electra X). I knew very little about Tone2 and so I went in with an open mind.

I’m not really an expert at using synths (I dabble, using Massive, Absynth and Alchemy among others) then but I was able to get stuck in very quickly with this plugin. It comes packed to the brim with tons of diverse and fantastic sounding presets that show just how powerful it is as well as providing a good starting point for you to experiment with, plus it has a .pdf manual for those that want to delve deeper.

When you first open it you’re greeted with a pretty complex looking user interface which I found a little intimidating. I took a few minutes to look everything over and digest what was before me before starting to fiddle with anything. There’s not much point me in me going into a super detailed analysis of all the buttons and knobs (we’d be here until next weekend) so I’ll just highlight some things I think are interesting. 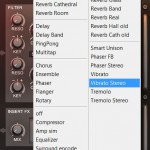 Multi-layered Oscillator – Electra 2 has 4 layers. Basically when you hit one key on your keyboard it can play up to four distinct sounds in unison, be they a lead synth, percussive sections or vocoded samples. If the presets are anything to go by this is a really interesting feature that you could spend (or waste) hours on, creating a complex system of sounds.

“Settings” – This section gives you control of how the plugin will behave with the midi you feed it and how you control it. For example the glide control is here, you can program how it responds to midi velocity, trigger legato/monophonic/polyphonic (and the number of voices hence) plus how much the pitch wheel will affect the pitch (+-1 all the way up to +-24) .

Master FX – Every layer is routed through this section. It has a list of effects from reverbs to compressors, a decent amp simulator and tremolo. It kind of ties the whole thing together.

Many types of synthesis: The list here is extensive so I’ll quote their site; The synthesis types range from traditional ones like the classic Virtual Analog, Wavetable, Subtractive, Phase Distortion and FM synthesis, up to Physical Modeling, Ultra-saw, Vocoder, Sync, Ringmod, PWM, Noise, Wave-shaping and Tone2’s exclusive Fractal synthesis.

Of course it also has an arpeggiator, envelope control, LFO and a filter. The best part is that each of these is linked to the individual synth layer. Honestly I can see myself sinking hours into this plugin and not seeing time pass!

I started by having a play around with the presets to find out what I could do. There are a bunch that show of its multi-layer system which sound almost like a complete song with just the press of a button and then you can go down the well organised list to find something that suits the style you’re looking for. The browser is easy to use and comes with a rating system (five small stars) that allow you to keep track of the presets you like. It also has a section for “user” presets if you make your own. Patches load instantly, too, which is really useful when you’re browsing. 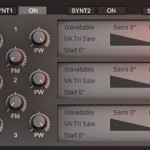 I find Electra 2 surprisingly easy to use for how complex it initially appears. I recorded a voice sample and loaded it into one of the vocoder presets and it was lots of fun, very little fuss. I also found that the presets sit well in a mix with very little tweaking, they tend to have a good amount of depth and clarity to them.

Personal experience with the plugin and Tone2 support staff

As a point of interest, I discovered a bit of a glitch when I was using Electra 2, it kept crashing or sometimes it would just stop playing any sound. I ended up having to contact Tone2 support (via their “report a bug” link on their site). They got back in touch within 24 hours with a possible solution, asked for my customer information then sent me a replacement keyfile (the thing that unlocks the software). This seems to have fixed the issue entirely. Their support was very polite and seem to know what they’re doing. It’s always a good thing to know that you can rely on a company’s customer support.

At 149€ or £129.69, in my opinion Electra 2 offers a huge amount of potential for its price range. I don’t think there’s anything like it at this price so it’s difficult to compare it with others. Feel free to comment below if you know of something similar in the £100 to £160 bracket. Has Tone2 set a new standard for this part of the market?!

This is a powerful, versatile tool that is not limited to the genre of music it is advertised for (EDM). I had a blast trying it out and even when faced with a few issues the support from Tone2 was great. 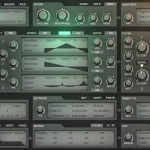 Don`t forget to rate the product yourself if you bought it in the “Reader rating” tab below!
Alternatives
Here are some alternatives for you to explore

Electra 2 (Tone2) review
This is a powerful, versatile tool that is not limited to the genre of music it is advertised for (EDM). I had a blast trying it out and even when faced with a few issues the support from Tone2 was great.