Recently I took a look at the Digital Rain Labs Driving Forces sound effects library and was quite impressed by it. The library has really nice sound design elements that can be used for various purposes but mostly it finds its place in Sci-Fi genre. I was interested on how and why Digital Rain Lab created the library and got in touch with its sound designers Ruslan Nesteruk and Gleb Bondarenko.

Hi guys, thank you for taking time to do this interview. Tell us a little bit about yourself and what got you into sound design? 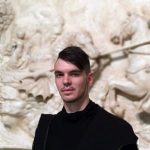 I have been in and around sound from the early childhood. Having general musical school education and playing bass guitar in numerous bands from jazz to metal was a pretty solid background in music up until I got to the point where I had to choose my professional path. The musical education I had received felt artificial to me, restricting creativity to a set of detailed rules that haven’t been changed in ages. I started looking elsewhere, meanwhile getting into DAWs and electronic music, and by the age of 18 I realized there was a field of sonic artistry boldly called Sound Design, which equally combined creativity and technology – and I fell in love with it. Even though sound design practices are well documented and taught, I don’t believe there are any rules, and that’s the beautiful quality I appreciate in my craft everyday. I can create my own stack of effects (or even program my own DSPs) and get crazy unexpected results. Tools are also constantly changing so there is no point of creating rules, and I love it. Since I could generate my first sounds using a computer, I have released a bunch of IDM music albums, got relevant bachelors degree and have been professionally active in sound design for the last 7 years. 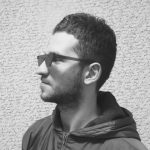 I started as a programmer, but writing music was always my real passion. At some point, I had the opportunity to create music for some post-apocalyptic browser game, and the client also asked to do the sound effects for it. The process was so inspiring, that I had decided to make music and sound design my main occupation. It wasn’t easy at first – I didn’t have many clients or money, but I kept experimenting, reading articles, and writing music. And then I got into Gaijin Entertainment for a trial, which I successfully passed. PavelStebakov and Sergey Ryazanov had taught me everything I know about game audio, for which I am grateful. At that moment I realized I like sound design and want to keep doing it.

When was the company born?

Our agency unofficially started in 2012, at a time when we both had enough professional experience but wanted something new and different. A collaboration that once started as Skype chats, developed into regular sound work for small games and commercials, until we were approached by Yota Devices asking us to create a set of unique sounds for their double-sided smartphone Yotaphone 2. That’s when we officially decided to form Digital Rain Lab.

What was the reason to create Driving Forces and could you tell us a little bit about how you planned the whole library?

Ruslan:
Being actively engaged in the scene and on the lookout for the next unique addition to our catalogue, we noticed that there were lots of designed spaceship flyby libraries but no static sounds that would allow you to create your own spaceship. That’s how we got the idea to create Driving Forces – the first futuristic engine construction kit. We decided to base the featured selection of sounds on the common spaceship engine elements such as jet turbines, various synthetic tones, heavy rumbling mothership sounds, and topped it with the additional recordings. Initial concept was much larger in scale and was planned to feature other vehicles such as electric cars and hoverbikes, but we started off light, focused on spaceships first, and progressed to the decent library you can see now. We wanted to make the library flexible for both game audio and film sound designers, and split the majority of sounds into layers of “low RPM”, “mid”, and “high”, along with making a lot of separate sound details so you can mix and match sounds however you like. Game audio-wise, most sounds in the library are made to be seamless in playback, which means they’re optimized for game engines and middleware that are known for sensitivity. We believe the library has a lot to offer and its application isn’t limited to just spacecraft, but also anything you want to design to sound unusual or futuristic: drones, hoverboards, and cars of future. Pitch it up and quite possible you can have nanobots too!

How much time did you devote into editing and finding the right sounds to complete the library?

Ruslan:
We tend to thoroughly sketch and plan our libraries – from categories of sounds to internal layout and cover art. This planning stage can take anywhere from a few days to a few weeks, at the end of which we usually have a breakdown of tasks assigned to each of us. If some sfx libraries came out easy, Driving Forces had us scratching our heads sometimes. Jet Turbine sounds slowed us down a little when came its turn – we didn’t have the budget to record fighter jets, but wanted to incorporate those sounds into our library, and what’s more, make them modular to use in various combinations. In hindsight, the making of the library took us a little bit more time than we expected, but the final quality and content gave us a feeling of joyful relief.

Let’s talk about your sound design work on games. How did you get involved with Birds of Steel and War Thunder?

Gleb:
I worked on these titles at Gaijin Entertainment

Blades of Time looks really interesting. What do you think were the main obstacles in making sounds for the game?

Gleb:
There weren’t really any noticeable obstacles. The sound design process was quite interesting.
The main difficulty was getting the reverb work right. Sometimes, while testing the sound, I noticed that the reverb could start working even before entering the space, not inside. After a bit of negotiation with the audio programmers, we fixed the problem by slightly adjusting the algorithm. Other important goals were the correct audio implementation and mixing using FMOD, as well as setting the right playback priorities and optimizing memory usage.

What middleware did you use in Blades of Time to integrate the sound in game and could you share any pointers for people who are interested in game audio integration?

Gleb:
I used FMOD for all audio implementation in Blades of Time. I don’t have any specific tips, because, partly just like the sound design, it’s a creative process. In Japan they use to make footsteps less variable, whereas, we (in Russia) tend to lean towards realism. In Blades of Time I tried to make realistic footsteps, sometimes, using additional layers for the “after-sounds”, like in desert location – a light sand scattering sound after each step. Try to imagine the physicality of anyevent, its components, and whateffects you can use to achieve the maximum variability. At Gaijin, I learned that you have to make an audio event the way so it wouldn’t tire you even after being played back a thousand times.

As a sound agency, we do a variety of sound work and the tools are usually defined by the tasks. For all film post-production work we use Avid Pro Tools, which makes cutting and mixing to picture a breeze and is greatly scalable to any project. We love using Ableton Live for any creative sound design –easy resampling, controller mapping, automation, “Cmd +F”, and of course Max For Live- all makes it the speediest and craziest sound design tool. If the project requires a lot of sample layering and editing, Reaper hands down is the best choice. We like its sample scrolling within a region feature. We also cant live without Native Instruments software – from the ethereal weirdness of Absynth to the endless science lab of Reaktor. For the most ambitious projects we use Cycling’ 74 Max, which helps with prototyping interactive audio systems, and making custom DSPs from scratch.Some other notable plugins in our arsenal are: UAD, Valhalla Vintage Verb, iZotope RX, iZotope Iris, AAS Chromaphone, and probably the most essential, FabFilter Pro-Q 2.

We have been working on a variety of projects for the last few months. It’s an ongoing process, and while finishing current tasks, we already have a busy schedule ahead. Unfortunately, as it usually happens with us, we’re NDA-bound and can’t discuss current developments. However, there is one idea that has been in our minds for long –we are currently planning to release a sound library of cooking sounds. The library will include most of the stuff you can find in any kitchen plus rarer sounds like grains, flour and liquids. For more news and the latest updates follow us on Twitter and Soundcloud!