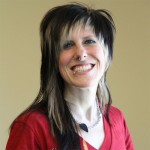 Tell us a little about yourself and what you do for a living?
I am a sound designer, lecturer, and the co-founder of Syndicate 17, an audio production house based in Seattle and Los Angeles. My company specializes in writing and producing original scores and cues and creating sound effects for all forms of media, ranging from advertising and film/television projects, to video games, interactive music projects and websites, and even songwriting for a number of well-known recording artists. I am proud to work with a management team that has over 30 years of audio production, composition, and performance experience.

I speak frequently around the world on the importance of creativity in the art of sound design, particularly sound design for video games, and have recently been asked to create a brand new course in the aesthetics of video game audio for the University of Southern California’s Interactive Media Division of the School of Cinematic Arts, which I will be teaching this spring 2013.

Prior to starting Syndicate 17, I spent half of my professional career in the video game industry, starting off as a designer and producer of everything from racing games to combat simulators at companies as diverse as Mindscape and Mattel Media and was recruited to Microsoft at a time when they were just starting to push into video games. I helped ship their first ever massively-multiplayer online game and then transitioned to the Windows side of the house as the company’s first-ever developer evangelist for audio technologies, pushing innovative initiatives like DirectMusic at a time when the Mac ruled the audio world. I was a very early member of the original Xbox team where I first helped develop the specifications for the console’s ground-breaking audio subsystem and then put together the game industry’s first support team for sound designers, musicians and graphic artists to assist them in taking full advantage of the Xbox’s capabilities. Since leaving Microsoft I’ve focused much more on more direct applications of audio, first as a recording and touring drummer, and then in my capacity at Syndicate 17.

What is your niche or speciality, that makes you stand out from rest of the audio professionals?
I think the fact that I have worked in so many diverse areas of both video game and audio production has really given me an understanding of all sides of most issues that I encounter on a daily basis—having being a game producer and designer (of both software products and hardware peripherals), an audio technology evangelist, having helped to define revolutionary audio platforms, performed as a professional recording and touring drummer, and now as a sound designer, composer, songwriter and educator.

All these experiences, working in these different capacities with a diverse group of people, have given me some very unique perspectives and forced me to develop some unique skills and work systems. For instance, Syndicate 17 employs a wide-ranging suite of processes and technical tools I put into place that allow the company to manage complex audio projects and to complete them in record time, thanks to a unique combination of highly focused, results-oriented project management and extremely creative attention to detail.

Also, thanks to the diverse range of experiences I’ve been fortunate to take part in, I am now able to put together full sound designs for technical projects with little to no impact on the development team, even before they’ve produced such things as animations or timing notes.

Can you give us a brief summary of the equipment you use regularly?
For sound recording, it definitely depends on the size and type of job, but mostly I have been digging the Zoom H2 Handy Recorder, paired with a high-quality mic, as it allows me to easily record anything at any time. I really love that kind of freedom! Plus, I am almost like a stunt person when I record sounds – I am usually scaling up buildings, climbing through holes, and jumping off stuff in order to capture the sounds I want, so having a portable and durable recorder with me is critical. I don’t want to destroy the company’s expensive equipment on my little adventures!

Back in the studio, we have lots of toys that allow us to mold and shape the sounds: a Mac-based workflow and dedicated mixing console, rack-mounted effects, and a wide range of musical instruments.

What are your go-to plug-ins and software? (virtual instruments, audio processing etc.)
We use a combination of Logic and Pro Tools, with a large library of virtual instruments and effects, including a vast custom sample, sound effect, and virtual instrument library that we created ourselves and are continuing to build up. I’ve been working a lot lately with Adobe Audition for waveform editing. And we do a lot of work in FMOD Designer (looking forward to the new FMOD Studio, though!).

When do you find you are most creative?
I am definitely a night person: I’m most creative from 2pm-6am. But I am always ready when inspiration hits!

What is your usual process for creating audio content for games, films etc.?
My process is definitely project-dependent. But as we specialize in working on projects with clients that want lots of very high quality and dynamic audio and almost always come to us at the last minute, I’ve had to develop and put in place a wide-ranging suite of project management systems, processes and technical tools that are proprietary to the company.

Are there any particular secrets to your creativity?
Taking my dog for a walk around the lake to clear my mind and drinking lattes really helps to boost my creativity! These things really get me energized and reinvigorated, and I can always tackle a hard problem after that. I think it’s critical to get away from the studio and seek outside stimuli. You need to step back from a problem in order to see its solution.

Do you have any audio creation techniques that resulted in something interesting?
I’m almost always surprised by at least one thing on a project. Breaking down a particular sound effect and trying to figure out what source elements can be used to get just the right sound is always fascinating to me. I like to get out of the studio and capture natural sounds – whether that’s sounds of nature or sounds of man-made objects – as building-blocks that can then be merged and processed into something completely original. It’s often a combination of mundane sounds that makes something really interesting.

Any specific “lessons learned” on a project that you could share?
A few years ago, I was asked by a client to create an effect that sounded “orange”. To me it seemed like a ludicrous request and the product of a client that didn’t know how to express themselves eloquently, so they resorted to a ridiculous analogy since they weren’t able to provide clear and specific direction. For some time after finishing the project, I even laughed about this request over beers with some of my colleagues in the industry. But over time I’ve come to realize that this sort of creative direction can be a very good thing because it forces the artist to make associations that they otherwise wouldn’t if focused on the superficial. It forced me to think about the sound design in terms of feelings and emotions vs. acoustic properties.

Any tips, hints or motivational speeches for the readers?
The great artists are the ones that can convey a lot with very little. Learning how to edit one’s self is one of the key core concepts of great game audio design—and, frankly, design in general. Too often, unskilled artists try to put too much into their audio design. But I can tell you from experience that working within self-imposed limits forces artists to be more creative and more decisive.

Artists must, of necessity, establish a strict aesthetic that values originality and a distinctive style. Establishing limits within which to work forms the initial step in this process.

Also, I am certain that over the next few short years, successful game creators will push into new musical and sonic territories and drive deeper emotional resonance into their creations by beginning to focus on audio aesthetics, just as they have done in recent years by adopting some of the principles of visual aesthetics. In order to achieve this, however, the audio leaders of tomorrow must develop a deep familiarity today with the foundations and principles of aesthetics.

Just as film sound was pushed into a media language of its own, we will establish a common language for game audio aesthetics. And we need to keep growing that language. We must explore unorthodox paths.