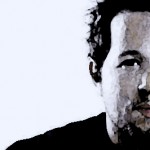 Tell us a little about yourself and what you do for a living?
When I was younger I played drums in a band called Poor Rich Ones, which was quite popular in Scandinavia from about 1994 until 2002 when we split. During that period I recorded in several studios and got to know a lot of engineers and producers. One of these guys were Yngve Sæthre which kind of took me under his wings and showed me the skills of engineering and working with analogue gear and tape machines. I’ve been interested in gears and cool gadgets all my life so the learning curve was quite steep at the time. When the studio closed down in 1998 because of a rental increment, I started a studio called Tinnitus Recording with a friend. The studio got popular quite fast as we were one of the first computer based recording studios in this part of Norway and we could keep the prices down. 6 years ago I took over the whole studio, as my friend got busy with 2 kids.

In the beginning people asked me for my opinion on certain issues and I guess I gave the right answers because it didn’t take a long time before I produced. The first band I produced got signed to EMI and A-listed on national radio so you could say I got lucky. Today we have expanded to about 1500 squarefeet and there are 4 people working in my production team. I totally depend on them and they are an important part in the studio’s success.

What is your niche or speciality, that makes you stand out from rest of the audio professionals?
I hope and believe that my years of digging in to different genres have good influence in how I produce bands. In my young age I was deep into Queen and continued into folk music like The Cheiftans, Wonderstuff and Waterboys, which my band was influenced by in the early beginnings. I then kind of jumped directly over to metal with Slayer, Metallica, Black Sabbath and Megadeath, before I dug into jazz with John Coltrane, Weather Report, Herbie Hancock and Jan Garbarek. I went to a lot of jazz festivals and actually played in a couple of jazzbands at that time. Then I moved over to more independent music from early Police through REM to Einstuerzende Neubauten, The Smiths, The Cure, Radiohead and similar. Lately I have been very interested in learning more about mainstream music like Beyonce, Britney, Rihanna, Calvin Harris, Kathy Perry and producers like DrLuke, Max Martin and Stargate to really understand what the kids are listening to and also because my production team has started to write for mainstream artists.

But if I should pick some of the most important artists who have influenced me the most, I’d have to say Tom Waits, Foofighters, Radiohead and The Beatles. To me, the production job is more about understanding what the band wants and finding their space in time by being inventive, more than being a technical skilled band and a super engineer. I have always put songs and melodies in focus and technique last. Not that I don’t pay attention to technical music, it’s more that I appreciate when a band is tight but I don’t focus on it. It will of course depend on the music. As I usually produce bands through my own studio, I kind of need to push myself to do new stuff with microphones, effects and instruments in order to make new sounds. I really enjoy that.

Can you give us a brief summary of the equipment you use regularly?
I have always been a big fan for Nuendo so I tend to use that DAW over Pro Tools, which we also have in the studio. It’s just so much more intuitive and fast. I haven’t found a thing that I cannot do in Nuendo compared to PT so that’s why I’m not switching yet. I say yet because I’m a bit tired of getting stuff sent in PT or people expect me to use it so I might change one day in the future. Who knows? I also like my AMEK BC3, which is a small console. It’s got 30 Neve preams which I prefer. Some instruments always go through the console but I also use Universal Audio and Elberg micpres a lot. The CL-1B Tubetechs works on everything and NTP 179-170 is often used on masterbus. When it comes to microphone I’m in love with old Neumann’s. I probably couldn’t last a day in the studio with out using my Neumann’s, Coles 4038 and the widely used Sennheisers or Shure mics. I’ve been lucky to get my hands on a large amount of microphones over the years from being a pro user of Ebay.

Amazing what you can find there. I use Dynaudio BM5 speakers with a sub. My second speakers are Yamaha NS10’s, my third a pair of Tascam SB-Fi and I also have a pair of Quested VH2108, but I don’t use them much at the moment. I’m a bit keen on switching to Adam A77X after a good friend of mine DJ Teebee talked so fondly about them and his mixes sounds amazing. The last thing I want to mention and what sets my sound is the use of tape echos and vintage keyboards. I use tape delays all the time and I own a Roland Space Echo, an Echoplex and a Dynachord at the moment. I sometimes run the whole mix through them as well! When it comes to keys I have a huge list of vintage keys but my Korg MS-20 I use all the time. It is definitely one of the most used equipment in the studio. I can also run things through it and it sounds amazing. At some point I also learnt to play other instruments and as a former collector, I started investing in lots of equipment like vintage keyboards, guitars and drums, so now the studio has a great collection of cool stuff my clients can use.

What are your go-to plug-ins and software? (virtual instruments, audio processing etc.)
Since I own a plugin company I actually use a lot of my own plugins. That goes without saying! Since I am so fond of tape delays I had to make one myself and it is called Bandecho. It has now almost replaced the external echoes in mixes since I use so many and it sounds so close to the real thing. Bandecho can do stuff than no other tape delay simulation can do and I am proud of it. I also use my Drummix line for a lot of triggering and programming/composing. They’re not all released to the public but I can of course use them! From other brands I love UAD stuff, though I hate how they interact with my computer. I also have purchased some stuff from Waves since they are so widely used and I must say that they are great. Especially the Universal Audio and SSL copies. Native Instrument Komplete 8 is now installed in all my control rooms and the whole package from Fabfilter is just insane. Their EQ is on practically every track that I touch.

When do you find you are most creative?
Definitely daytime. Between 4 and 6 I’m horrible and it get’s better again in the evenings but usually when I’m working alone. If I work with artists I prefer daytime.

What is your usual process for composing song for other artists?
The process varies from day to day and from project to project but 90 % of the time we are writing songs with some famous singer in our minds and we hope to put these songs on up and coming artists. The last 10 % is writing directly to artists that need songs and we get leads from different managers or publishers. We have just started to write for other artists but I hope that in the near future this fraction will be more of 50/50. So far we have received great attention to our songs and we are starting to get a lot of leads. So far a large share has been from Korea/Japan but we are starting to look into UK and US. Our goal for the future is to put ours songs on a well-known act in those countries.

Are there any particular secrets to your creativity?
Not really, though I have to say that if you are open to a lot of different music you are bound to get inspired all the time. I also think that I like to torture my self with work because I’m so restless of a person. It’s like when we’re on holidays and the people I’m with wants to sunbath. I’m pulling my hair off in those situations because I think it’s a waste of time to lie down and do nothing. That’s the reason why I’m always carrying with me a small studio on holidays. Either keys or microphone connected to my Ipad or Macbook. I also write a lot of lyrics which you could do anywhere.

Do you have any audio creation techniques that resulted in something interesting?
I have a technique that I have used over the years that I haven’t hear that anyone else is using. There might be tons of people using for all I know but at least I haven’t picked it up by somebody. It’s more a result of years of mixing and not being satisfied. Haha.
The way drums (or any other instrument for that matter) sound in a big room changes to where you put your microphones in the stereo spectrum. Now, living with a medium sized drum room in my studio I often have to use digital reverb to get the results the client or I want. By just sending the different drum channel’s auxiliaries to a stereo reverb I will not get the effect that I’m after as most auxiliaries are sends without a pan knob. I therefor rather make 2 identical mono reverbs panned left and right. I then send all the drum channels to the reverbs the way I want them to be panned in my digital room. The hihat to the right, the toms to different sides and so forth. I feel that I get a more natural sounding live room for my drums this way and I can make cool stuff like driving one of the sides by crunching a preamp or an effect.

Any specific “lessons learned” on a project that you could share?
Besides from the fact that without backup you’re in deep shit, I would say that if you always think any of your friends or clients could be your next potential chief you’d be doing yourself a huge favour. Be professional and treat any band and artist in the same good manner. I don’t know how many times this has done me good.

Any tips, hints or motivational speeches for the readers?
Always max out your potential. Focus on what you are good at and make that your best skill. Try to be innovative instead of just technical and think out of the box. What you do could be what others consider art and what they are striving to achieve. Don’t look at what others do, look at what you do and do it better.

In this interview, we talk to composer Brandon Roberts about his work on Unbroken: Path to Redemption - An unbelievable true story of Olympian and World War II hero Louis Zamperini. END_OF_DOCUMENT_TOKEN_TO_BE_REPLACED

In this interview, we talk to composer Kurt Oldman about his work on a SuperMansion series and also touch on his past work. END_OF_DOCUMENT_TOKEN_TO_BE_REPLACED

In this interview, we talk to Gaayatri Kaundinya about her work as a composer and singer on The Hundred Foot Journey, Jungle Book and Million Dollar Arm. END_OF_DOCUMENT_TOKEN_TO_BE_REPLACED