Women start your engines! Critically-acclaimed singer-songwriter and advocate Meghan Cary has announced that she and her River Rock Project team are, once again, teaming up with Vision 2020’s Women 100 to celebrate the centennial of women’s voting rights and inspire voter turnout for the 2020 election with their latest endeavor – the SHE Leads Road Rally.

Led by women race car drivers, the SHE Leads Road Rally will depart from Drexel University’s Queen Lane campus on Friday, October 16 at 8 AM for a historic overnight trip to Seneca Falls, NY, the birthplace of the women’s rights movement. During the journey, Cary and River Rock correspondent Jennifer Rajotte will broadcast live from the rally on global internet radio station Folk Music Notebook. The station will coordinate a playlist of the best women artists, anchored by the Rally’s chosen anthem, Cary’s “River Rock,” with Cary reporting from the road. Tune in by downloading the Folk Music Notebook app for iOS or Android or visiting www.folkmusicnotebook.com.

Cary and the motorcade, which will feature approximately 20 specialty cars and other vehicles including the Philadelphia-based Committee of Seventy’s Voteswagon, will make a pit stop in Scranton on October 16 at approximately 10:30 AM where participants will be greeted by elected officials as well as members of Vision 2020 partner the Women’s Whistlestop, a nonpartisan voter registration organization.

The journey will conclude with a “finish line celebration” hosted by Vision 2020 at the Queen Lane campus on Saturday, October 17 at 4 PM where toasts, speakers and a special performance by Cary and musical partner Peter Farrell will wrap up the historic two-day event.

This will be the second time that Cary has partnered with Vision 2020 as part of the Women’s Suffrage Centennial celebration. In August, she debuted the video for her women’s empowerment anthem “River Rock” at Vision 2020’s “Toast To Tenacity” and performed live during their hybrid livestream show. “River Rock” inspired Cary’s equality-based initiative The River Rock Project which uses music to celebrate women’s rights, inspire continued action to achieve economic, social and political equality, and get out the vote.

“When Maureen approached me about creating an inspiring road trip playlist around ‘River Rock’ and my other song ‘Drive’, I was thrilled – so much great female-fueled music to choose from for the Road Rally soundtrack,” said Cary. “But how to deliver the music to every car? That’s when Ron Olesko of Folk Music Notebook stepped in, and the idea – as River Rock Project ideas tend to do – grew like a chia pet! Ron was all-in to air great music to accompany the drivers up to Seneca Falls, and thought his listeners around the world might enjoy coming along for the ride, too. So, we decided that Jen and I would broadcast live from the road and share this historic trip with everyone. This is going to be a blast!” 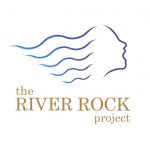