IRVINE, Calif., (October 17, 2022) –Bandai Namco Entertainment America Inc. will present a very special Jazz music streaming event – broadcast live from Hollywood and featuring Grammy Award-winning musician Kenny Garrett in collaboration with up-and-coming talent Takuya Kuroda – on December 3, 2022. The “Elden Ring: A Night in the Lands Between” music event will be held at Hollywood, California’s famed Bourbon Room and available via livestream to viewers in the US. Select songs from ELDEN RING, including recognizable melodies from the game’s soundtrack, will be performed live in Jazz format – with improvisation – by a group of musicians led by Jazz legend Kenny Garrett on Alto Sax and new generation player Takuya Kuroda on trumpet.

Two shows will be presented on December 3rd at 6:00 p.m. and 10:00 p.m. Pacific Time, with performances which will translate the ELDEN RING soundtrack into Jazz for the first time ever. Tickets to the physical event and livestream are available in different tiers, with VIP packages that include collectible items, the ELDEN RING digital soundtrack, and access to the post-show VOD. For information and to purchase tickets starting today, please visit www DOT EldenRingLive Dot Com

“We want to celebrate the incredible success of ELDEN RING by presenting this truly unprecedented live and livestreamed Jazz concert, giving fans a different way to immerse in the rich engaging world that has dominated their gaming days and nights this past year,” said Wataru Nakasuji, Sr. Director Esports & Live Entertainment, Bandai Namco Entertainment America Inc. “While video game soundtracks have seen variations as symphonic music and even Rock n’ Roll, our ‘A Night in the Lands Between’ Jazz event is exploring a wonderfully different treatment of the ELDEN RING soundtrack. Jazz master Kenny Garrett and new generation player Takuya Kuroda are both truly world-class musicians, respected and renowned by lovers of Jazz around the world, and they are now lending their different talents to give birth to a new creative way to meld music and video games.”

“If I can pick one word to describe this project, it’s epic,” said Takuya Kuroda. “I think that’s really the important part, it’s just the experience of watching the performance by us, and [saying] just like ‘wow this is stunning’, and then ‘wow this is really the music for ELDEN RING.”

“I’m always thinking about that we take the audience on a journey,” said Kenny Garrett. “It’s not going to be what you thought it was.”

Developed by FromSoftware Inc. and produced by Bandai Namco Entertainment Inc., ELDEN RING is a fantasy action-RPG set within a world full of mystery and peril. Journey through the Lands Between, a new fantasy world created by Hidetaka Miyazaki, creator of the influential DARK SOULS video game     series, and George R. R. Martin, author of The New York Times best-selling fantasy series, “A Song of Ice and Fire.” Unravel the mysteries of the Elden Ring’s power. Encounter adversaries with profound backgrounds, characters with their own unique motivations for helping or hindering your progress, and fearsome creatures. ELDEN RING features vast fantastical landscapes and shadowy, complex dungeons that are connected seamlessly. Traverse the breathtaking world on foot or on horseback, alone or online with other players, and fully immerse yourself in the grassy plains, suffocating swamps, spiraling mountains, foreboding castles and other sites of grandeur on a scale never seen before in a FromSoftware title.

With his illustrious career that includes hallmark stints with Miles Davis, Art Blakey and The Jazz Messengers, Donald Byrd, Freddie Hubbard, Woody Shaw, and the Duke Ellington Orchestra, as well as a heralded career as a solo artist that began more than 30 years ago, Kenny Garrett is easily recognized as one of modern Jazz’s brightest and most influential living masters. And with the marvelous Sounds From The Ancestors, the GRAMMY® Award-winning Garrett shows no signs of resting on his laurels. Please see: www DOT KennyGarrett DOT com

All other trademarks are properties of their respective owners. 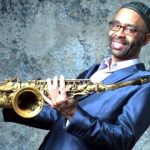