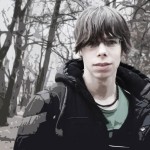 I have always been interested in the world of music. I play several instruments including the piano and a guitar and I am also a trained singer. I studied orchestration, sound engineering and music production at Oktáv Center. As a music producer I have had experience with various kinds of music. As a composer, I have worked in many interesting projects in Hungary and regularly work for video game companies, film production companies and radio stations. Currently I’m working for three different international trailer music companies. I spent my internship at Super Size Recording where I perfected my sound editing skills. As a sound engineer, I have a half time job at the famous music pub A38 ship. I’m on a team that makes live recordings for some Hungarian television channels.

I’m trying to be original every time I start composing a track and I’m very strict with myself during the entire working process. I usually try to mix my tracks well and by the time a track is ready I’m typically done with the whole mixing as well. Mixing is a crucial point when I produce a track. Technical sound shaping and producing hang together otherwise I can’t tell what the concrete problem is or if there are issues or if I am dissatisfied with something for example if I made bad instrumentation or just need to cut the low frequencies of some of the tracks.

I compose some of my themes on guitar (not just the guitar themes), and use rock elements in some of my work (for example my track Shredder which is on the upcoming Really Slow Motion debut album Cosmogeny). Great sounding guitar riffs are a very important aspect of my workflow and the great overall sound of the track is also vital… so a good quality recording chain is very important. I use a mid 90’s Ibanez Universe with a two channel Mesa Boogie Dual Recto head and a really nice sounding Marshall 1960 BX cab. I record the sound of the cabinet with a sm57 through my Focusrite Isa mic preamp. At times I use a second mic with the cabinet and sometimes I record only the dry DI signal and use some amp simulation. They can also sound cool because there are some really great quality amp simulator plug-ins on the market and it is the way of picking that is the “key factor” of guitar recording anyway. I also use a Telefunken AK47 large membrane condenser mic which is a real badass on vocals and acoustic instruments.

One of my new favorite is the 8dio epic dhol. This is my go-to instrument for making big and epic drum sounds. I used that on many of my newest works. By the way, it is interesting how much better percussions and epic drum virtual instruments sound to me than classic drumkit libraries. I mean percussion plug-ins can sound very real for my ear but I don’t find any great sample library for rock drum kits. I think the best is Steven Slate. Not too realistic but this is the signature drum sound of American modern rock recordings. Usually I use that with other layers from drum loops, pick up some nice “drum player feel” from the loop but basically this technique can work only for very simple drum grooves.

One of my other new tools is a free plug-in from ILLFORMED called Glitch. This is my go-to sound design plug-in. The stretcher part of the effect is really impressive, it is also very similar to an old Akai sampler.

8dio’s Rythmic Aura series are also great, very modern sounding stuff with a very simple structure. Good availability is a key point of music producing/composing. My go-to EQ is UAD Cambrige. Not only for the mixing process. Most of the times I use the high and low pass filters with automation for organic filtering style sounds. For Reverb, I use UAD EMT140. It has a really nice stereo field, and I can make great fx tails with it. The dm-1 delay modulator from UAD is also great. I make all my delays with it… a very simple plugin. Filtering up Rhythmic Aura with Cambridge through the dm-1 is one of my basic rhythmic, modern film music type sounds and sometimes I do the same with sliced/lfo-ed sinus or basic synths.

Late at night and early in the morning.

In trailer music composing I first record some of my ideas and draft the structure of the track with very minimal themes and I use a lot of markers in the DAW to set apart the different parts of the cue. I’m trying to imagine the final structure but sometimes it can change when the track is done. Then I start to do the sound designing, for example making drones and pads, creating wooshes and building up hits from layers. When I’m done with a bunch of original sounds, I start to do the orchestration of each part of the cue. Every now and then, I make the track linear but at times I don’t. When I work for a video game company or a film, the basics are the same but I need to keep in touch with the lead designer of the game or the director of the movie. This is very important and I really like if somebody can help me about the concept. I have worked in productions where the producer didn’t care about music too much. That can be really destructive for the workflow.

There are no secrets I think. :) Just singing what is in my mind or playing that on the guitar and after that I demo my ideas, make the orchestration and the sound FX and that’s all. My most important aspect is composing tracks with pristine harmonics and airs with a mixture of very simple and transparent orchestration elements.

I don’t use a midi keyboard in the composing process and that fact is very scary for most people. The tunes are in my mind and I just have to draw it to the computer. Sometimes I play the guitar or sing and record it, sometimes in multiple layers. It is a simple process for me. :)

Just don’t overcomplicate things. Simple things are always better than if we want to make the best track on the world. The processing time of my most popular tracks was very short and it’s much better if you have one simple idea and make a cue with a short processing time than trying to make music without a great impulse, just trying and trying and losing your objectivity and the vitality of your ideas. Couldn’t make a great track without inspiration and impulses and many times if you have a hard deadline composing can be more frustrating than most people think. In such a case, you just need to calm down. :)

Listen to lots of music from all genres and mind the instrumentation.

In this interview, we talk to composer Brandon Roberts about his work on Unbroken: Path to Redemption - An unbelievable true story of Olympian and World War II hero Louis Zamperini. END_OF_DOCUMENT_TOKEN_TO_BE_REPLACED

In this interview, we talk to composer Kurt Oldman about his work on a SuperMansion series and also touch on his past work. END_OF_DOCUMENT_TOKEN_TO_BE_REPLACED

In this interview, we talk to Gaayatri Kaundinya about her work as a composer and singer on The Hundred Foot Journey, Jungle Book and Million Dollar Arm. END_OF_DOCUMENT_TOKEN_TO_BE_REPLACED