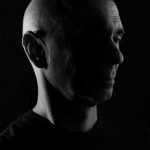 Tell us a little bit and how you got your start as a composer?

I began writing parody songs when I was 8 or 9. What? You never heard my classic “She Hate’s You (Yeah, Yeah, Yeah)” or “The Shadow of Your Nose (Is Very Long)?” Anyway, my first professional gig was writing the B side of a pop single for an artist named Betty from Montreal. I was 16. Later we played in a band together in Boston called Zamcheck. But I didn’t really make a living as a composer until I was in my 20s, writing music for advertising. Despite scoring dozens of films and television shows, composing operas, ballets, and chamber music, arguably my best-known work to this day was composing the Kit Kat Gimme A Break jingle (words by Ken Shuldman).

How did you come up with “Go Tell Aunt Rhody” for Resident Evil: Biohazard? What was the first thing you did when working on the song?

Capcom liked the work I had done (with Lucas Cantor) on Lorde’s version of Everybody Wants to Rule the World which was featured in both the Hunger Games Catching Fire soundtrack and the Assassin’s Creed Unity trailer. They wanted a similar rethinking of a familiar song, turning it from joyous to menacing. But they didn’t want to use a pop song, so that meant finding a traditional song that would be known in more than just one country. I was born in Tokyo and so, almost by accident, knew that the American traditional song “Go Tell Aunt Rhody” had the same melody as the Japanese “Musunde Hiraite”. Plus Rhody had the key word “dead” in its lyric. I changed “the old grey goose is dead” to “everybody’s dead” and we were off and running!

What instruments did you find yourself using most when you created “Go Tell Aunt Rhody”?

I used a lot of exotica I keep around my studio including my ciola, which is a viola tuned to the range of a cello. But probably the single most important instrument was the computer because I doubt there is a single sound on the track that I didn’t process or abuse in some way.

What was the biggest challenge when making “Go Tell Aunt Rhody”?

Keeping it a secret! Capcom is understandably very security conscious and I love to talk to people about the things I am excited about. Keeping quiet was hard!

You have scored both feature films and television shows. What are the main differences when scoring the two?

The main difference is that the score of a film is usually self-contained, whereas any given episode of a television show may relate to something that happened (musically) months or years ago. Television has evolved into the modern equivalent of a Dickens novel in that his stories didn’t begin as books but were instead serialized episodically in newspapers. Only later were they collected under one cover. Can’t you just hear the Victorian conversations about binge-reading Oliver Twist?

You scored CBS’ “Cold Case” for seven years. Was it hard to come up with new sounds after so many episodes? How did you keep the score fresh?

Cold Case is unique among “procedurals” because it wasn’t really about the crime but, rather, the tragedy of the loss of the victim. That meant every week featured a new protagonist with a different story to tell. Consequently, I reused very little material except for certain establishing motifs. The head of Bruckheimer Television, Jonathan Littman, was quite hands-on with the music, at least at first. Bright guy with good dramatic instincts. He said, “We write an opera every week.”

Do you have a favorite episode of “Cold Case”?

I have a few. But probably the one that stands out was called “Our Boy Is Back” (originally Useless Cats) from season one, about a serial rapist/murderer. I think it was the first time I dared to do something so emotionally raw on the show and it was quite a risk. Fortunately, the show’s creator, Meredith Stiehm, loved it and it became the gold standard.

You wrote one of the most iconic commercial jingles in history, Kit Kat’s “Gimme A Break”. Tell us a little bit about that and how it came about?

The advertising agency, DDB Needham, already had a campaign they wanted to sell to the client, but they needed a “cannon fodder” campaign – a sure loser so the client could have something to say “no” to. (A client won’t usually say “yes” to something until they’ve said “no” to something else.) So they got a junior copywriter, Ken Shuldman, to come up with some lyrics and asked me – at a much reduced rate – to write some music for it with the apologies in advance that it was a kamikaze mission. They then tested the two campaigns and Gimme A Break won. So, they tested it again. Same result, even more so, the second time. Almost thirty years later they are still using it.

As a composer, what programs do you prefer to use?

Most used: Logic, ProTools, Sibelius, plus tons of plug-ins. I love Ableton Live, too, but don’t get to use it enough.

Is there anything else you can do? I mean, seriously, if you could picture yourself as happy doing something comparatively easy like being a neurosurgeon or a rocket scientist, do that. If, after searching your soul, you discover you must be an artist, remember this quote from Martha Graham:

“There is a vitality, a life force, an energy, a quickening that is translated through you into action, and because there is only one of you in all of time, this expression is unique. And if you block it, it will never exist through any other medium and it will be lost. The world will not have it. It is not your business to determine how good it is nor how valuable nor how it compares with other expressions. It is your business to keep it yours clearly and directly, to keep the channel open. You do not even have to believe in yourself or your work. You have to keep yourself open and aware to the urges that motivate you. Keep the channel open.”

In this interview, we talk to composer Brandon Roberts about his work on Unbroken: Path to Redemption - An unbelievable true story of Olympian and World War II hero Louis Zamperini. END_OF_DOCUMENT_TOKEN_TO_BE_REPLACED

In this interview, we talk to composer Kurt Oldman about his work on a SuperMansion series and also touch on his past work. END_OF_DOCUMENT_TOKEN_TO_BE_REPLACED

In this interview, we talk to Gaayatri Kaundinya about her work as a composer and singer on The Hundred Foot Journey, Jungle Book and Million Dollar Arm. END_OF_DOCUMENT_TOKEN_TO_BE_REPLACED